The Queue: Ahead of the Curve 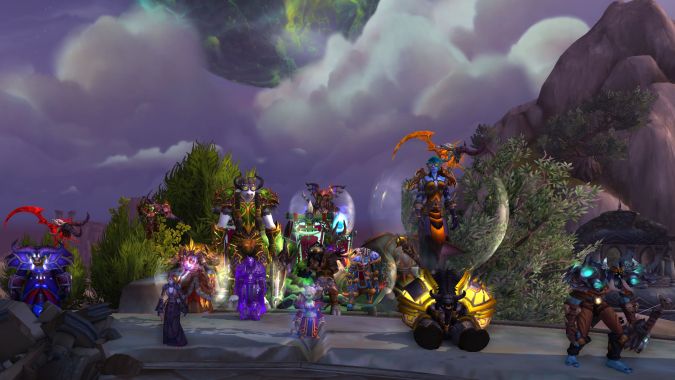 I don’t usually use this space to give shout-outs, but my (relatively new-ish) raid team added an extra night of raiding this week to get Kil’Jaeden down before Antorus released. We managed to down him on Sunday night, but because it was an off-night, a few important team members weren’t able to be there.

So what did we do? We went back in last night and got that [frolicker] down again. Not only was it cool to down him a second time (seriously, that guy sucks), but it was even cooler that so many people were willing to put in the time to earn a few more people the Ahead of the Curve achievement. It’s one of those things that reminds you how awesome a guild can be.

SALTY BRINE WANTS TO MAKE SURE NO ONE IS SALTY ABOUT SPOILERS:

Probably been asked already, but if the last raid is released tomorrow will we be seeing the juicy cutscenes datamined then too?

Blizzard has been better about encrypting these, so datamining may not get them out the second servers come up — I mean, it might — but there’s definitely going to be a team that clears Antorus on Normal super quickly. At that point, the cinematics will be out.

What I’m saying is, the cutscene(s) will be out today. Please tag spoilers if you choose to discuss them, and watch out if you don’t want to be spoiled.

Q4tQ: If we want future Queues, do we have to pay for Lootboxes?

You do, however, have to purchase each writer-specific expansion pack for The Queue in order to get a Queue from that writer. The Mitch expansion comes with one of five random MS Paint Originals, just FYI.

Isn’t it a pity that, for all the effort put into player and mount models, the vast majority of the time we get to see only their butts? I wonder if there’s a way by which we could see more of our faces while questing or fighting. Heck, at least flight paths should default the camera to circling around the character a bit.

I’m sorry, but do you not like butts? How dare you!

But also, there are certain addons that change the character portrait to an actual model rather than a static image. I guess that might do it? There’s also the action camera thing (which I personally have no experience with). Outside of that, you are able to set the camera to not automatically rotate into the default position, which allows you to set it to a certain angle while you kill things and not worry about it moving if you move your character.

TKC WANTS ALL THE EXPERIENCE:

Q4tQ: IIRC, the Winter’s Veil event was a way to farm Elixir of the Rapid Mind, the exp bonus elixir. Am I right about this or is the senility setting in?

Oh, and welcome to Monday.

I’m not one to comment on someone’s senility, but you are right about the Elixirs. Savage Gifts have a chance of containing Elixir of the Rapid Mind, but keep in mind, those don’t work above level 99. 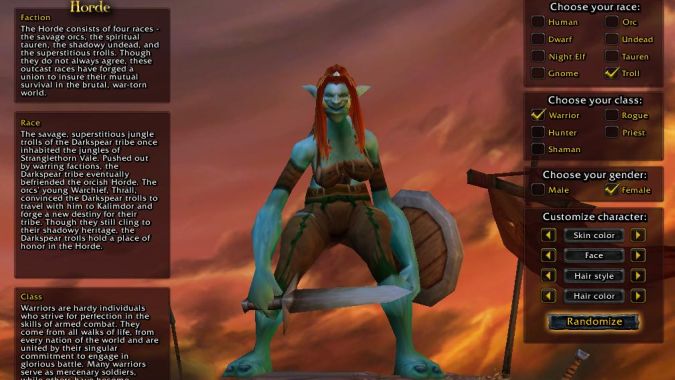 GALDWYNN SAYS A THING ABOUT ANOTHER THING:

I bet Mitch wouldn’t complain if it was a half-naked Belf running around a mailbox!
*harrumphs*

(Note: This was in reference to the below…)

Sure the NPCs were cool and treated you with more warmth than you’d get from some rando in a major city, but that’s not the same thing as seeing a half naked gnome running circles around a mailbox.

Come to think of it … maybe garrisons were the better choice.

I’m all for half-naked anythings. You should know this! Bonus points to the half-naked Troll Females from WoW’s alpha ;)

Do you think they’re destroying Undercity and Darnasus because they learned how to make really cool cities with the Nightfallen place and want to remake them in a future xpac?

Do I think that’s the case? Ehhhhh…. Blizzard’s been fairly reluctant to actually make entirely new faction capitals for whatever reason (probably resources), and Suramar was so intricate because it was a huge part of the expansion’s story. I’m not entirely sure they’d redo Undercity and Darnassus unless they planned some pretty deep story content there.

That said, I really, really hope destroying them opens the way for awesome new replacements. One of my favorite parts of Cataclysm was seeing the new Forsaken architecture take over the original ones (which were just decrepit versions of Human buildings, for obvious reasons). I’d love to see brand new faction cities with brand new buildings and architecture.

TAUREN IT UP HAS A Q4TQ:

Q4tQ: What does Q4tQ mean to you? Whenever I use the phrase I always mean it as addressing the comments section and community of Blizzard Watch. I don’t read the article itself half the time because I’ll recognize the question and think “oh yeah, we had that conversation yesterday.”

Well, to me, it means an easier identifier when picking questions. But I generally peruse the top-level comments for questions regardless of whether or not “Q4tQ” precedes them.

As far as “we’ve had this conversation” goes, I’ve considered this before, but I’ve also seen people reply to these remarks with, “Well, I never saw the conversation, so could you please repeat what others answered with?”

QftQ: what do you do when you still love the idea of WoW but aren’t feeling engaged? I am not nearly ready to give it up, but I am having motivational issues

Well, I wouldn’t look at it as “giving it up,” for starters. You can always come back to the game. It’s not a relationship where one person can’t handle being “just friends” afterward — you are in control of the entire dynamic here.

Anyhow, if you’re finding trouble motivating yourself to do something, just… play less. Find another game to enjoy in the meantime, hop on WoW if you feel like checking back in on it, and see what happens. Alternatively, try to find an activity you haven’t done before (or in a long time) and see if that’ll get you hooked. I go through periods where I get super into pet farming, for example, and that tends to keep me pretty motivated, even if it’s not on something I do most of the time.

Question for the Queue: (Queue writers included)
Since we have had several weeks to absorb and process the news about the eventual fate of our Artifact Weapon – what are your thoughts now?
We have invested a significant amount of time and effort to build up something that will be tossed aside (albeit in “heroic” fashion). What do you think?
/salute
For Azeroth n’ Stuff

My thoughts boil down to two things:

I was prepared for this, and I’ve been through enough expansions to know that each is essentially a reset button, but the lore I’ve gotten from Knaifu is awesome. That’s fairly specific, though — my alts don’t have talking weapons so I won’t miss them as much, to be honest.

That’s it for today!

If you’re raiding Antorus, good luck killing them bad guys. And as another reminder, please tag spoilers if you choose to talk about any! Have a great Tuesday! ^_^