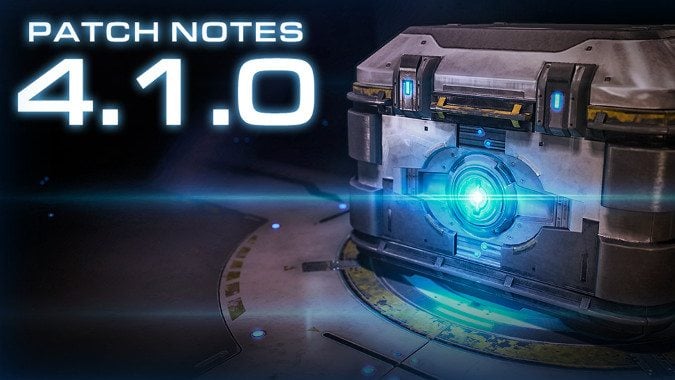 StarCraft 2 has just released notes for patch 4.1.0. They’re fairly extensive, with lots of bug fixes and some co-op changes as well. In addition, a new War Chest, Katowice 2018, will be available for purchase in all regions as of 10AM Pacific on Friday, December 8. This is the second War Chest for StarCraft 2.

The new War Chest has a grand total of 80 new cosmetics for StarCraft 2, and introduces Console Skins for the first time.  As soon as you buy the War Chest, you get access to one unique worker skin, console skin, and a unique portrait. You’ll also get a 30 day Co-op Stim pack awarding 100% bonus XP, and items for other Blizzard games. This includes a free classic pack of cards in Hearthstone, a Rare Loot Chest in Heroes of the Storm, and the Tal’Darim Probe pet in Diablo 3. You’ll also gain access to the 1v1 ladder if you don’t already have it, and three new chapters to the Shadow War comic series.

But it’s not all about the War Chest — Stukov’s Infested Siege Tanks now still provide some offense even if they’re killed early with their ammo dropped off as Volatile Infested when they die. The Widow Mines from Han and Horner are now buffed by their Significant Other ability, reducing their cooldown. When combined with numerous bug fixes — each of the campaigns saw a fix, as did Abathur, Dehaka, Fenix, Han and Horner, Nova, Stukov and Swann in Co-op — this is a pretty substantial patch all told. Check out the full notes below, and get ready for StarCraft 2 patch 4.1.0.

Dev comment: Previously, there was a flat timer for mission failure that adjusted based on which ‘phase’ of the map you were on. This clearly communicated that you had to complete the objective quickly to prevent mission failure, but it failed to communicate how much time was actually needed to complete the objective. Gathering a full quota of parts was hard to quantify in terms of time required and there were a number of unexpected mission failures by players who were actually comfortably ahead.

Now, the initial time you have before mission failure is lower, but every part you gather gives you time added to the clock. This directly links parts gathering to the mission timer, constantly rewarding you for gathering parts quickly and consistently. It should be noted that the actual amount of time you have to complete each objective is unchanged.

Dev Note: BankBackup can be used in the MeleeInit, or Generic event. This will create a new bank backup file each time BankBackup is called in a backup directory within your bank directory. It is still recommended to save your banks using the BankSave native trigger.

Blizzard Watch is made possible by people like you.
Please consider supporting our Patreon!
Filed Under: Han And Horner, StarCraft 2 Patch 4.1.0, Stukov, War Chest
Advertisement