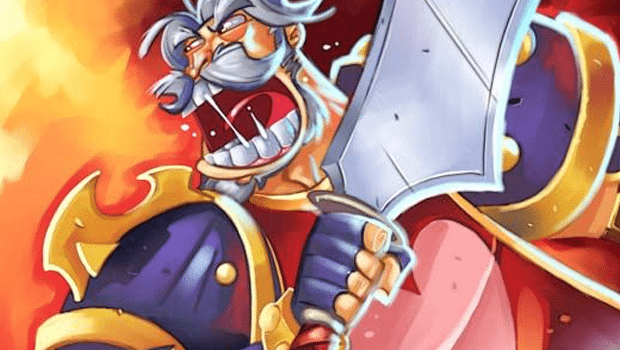 There’s a new Leeroy Jenkins video out there, all for the sake of Net Neutrality. I’m not going to cover Net Neutrality in too much detail — other writers already have better than I could. But one of the results of the recent FCC decision to repeal rules protecting net neutrality is this. It’s a 12 year old look at the first attempt to make the now infamous Leeroy Jenkins video.

I am releasing this never-before-seen first take/dry run of the Leeroy Jenkins video in hopes of raising awareness about Net Neutrality. I’ve been holding onto this for over a decade waiting for the “right” moment to make it public, and then last week Ajit Pai created his awful/condescending video and it riled me up so much that I decided it was finally time to unleash this gem of Internet history on the world to do my part to help out. Hopefully some of you will find this interesting and/or amusing, and will take some time to research Net Neutrality and make a fuss about it. Here are some resources that will help in protecting a free and open Internet: https://www.eff.org/deeplinks/2017/12…https://5calls.org/issue/fcc-net-neut…https://www.savetheinternet.com I will be making a sizable donation to the EFF and other related entities if for some reason this video generates any significant ad revenue.

If like most WoW players you have no idea what’s happening here, this is from an Upper Blackrock Spire run back in Classic WoW. The video itself is an attempt at staged comedy. What they’re portraying was sadly all too familiar — the egg room in UBRS was part of an encounter that was, to put it mildly, a nightmare to try and tank or even survive. The eggs would pop when run over, spawning waves of little dragon adds. It was all too easy to end up with literally so many whelps that you couldn’t even move due to computers at that time straining to render them all. Meanwhile, larger dragon adds also came to eat your face.

And you had to do this because both Priests and Paladins (and even Druids and Shaman at times) wanted the Devout shoulders. They were part of the Priest dungeon set, seen as some of the best pre-Molten Core shoulders in the game. Most groups wanted to just pick their way through and bypass the entire encounter, as it was optional. But there would always be someone who wanted those shoulders, and the end result was always very similar to what you see here. Minus the Paladin yelling his name really loudly and running in to just aggro everything, of course. Sometimes it was a Mage or a Warlock or a Warrior. And sometimes you even tried to do the encounter without lunacy but it didn’t work, and lunacy found you anyway.

It’s fascinating to see how they worked on the video and changed it before putting it online. It’s also unreal to me that he held on to this video all this time and never released it until now. With the loss of Net Neutrality threatening the internet as we know it, perhaps Leeroy Jenkins can once again be the hero we need.