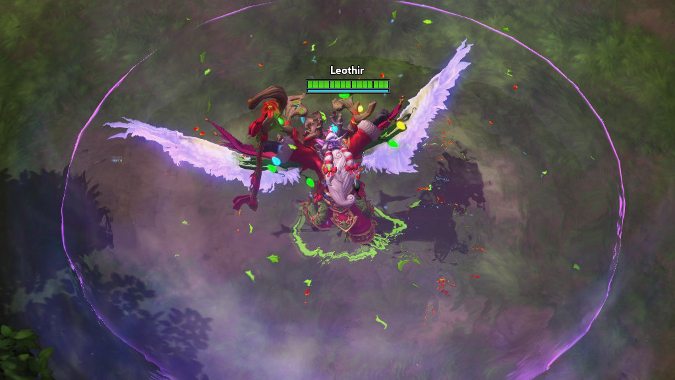 Alongside the new In Development video and Blaze hero spotlight, Heroes of the Storm has released its next round of PTR patch notes, and they’re simultaneously surprising and underwhelming. Rather than a long, extensive list of small changes, this patch primarily includes two major items: the new hero Blaze and another rework for Malfurion, who seems to receive an exhaustive rework on an annual basis.

Malfurion’s mana costs have been reduced across the board. Regrowth’s front-loaded healing has been removed, turning the spell into a longer-duration heal-over-time. However, when Malfurion hits enemy heroes with Moonfire, all allies under the effect of Regrowth receive a small instant heal. His talents have all been rearranged, and in the process, his offensive Moonfire build has been almost entirely removed, replaced with utility rather than damage. Entangling Roots no longer affects non-Heroic targets, and beloved talent choices Scouting Drone, Shrink Ray, Life Seed, and Storm Shield have all been removed.

Overall, it appears the changes encourage Malfurion to play more aggressively than ever before, but not for the damage output. Rather, being aggressive is the only way the new Malfurion can most effectively heal his allies.

Cpl. Miles “Blaze” Lewis has always been drawn to the flame, but it wasn’t until he joined up with Raynor’s Raiders that he put his pyromania to good use. He’s seen his fair share of battles since then, and has never failed to bring the heat.

If, at first glance, you’re no fan of the Malfurion rework, look on the bright side: at least Johanna can’t get ganked while casting Falling Sword anymore.

Blizzard Watch is made possible by people like you.
Please consider supporting our Patreon!
Filed Under: Blaze, Heroes Of The Storm PTR, Malfurion, Ptr, Rework
Advertisement