The Queue: It’s just me 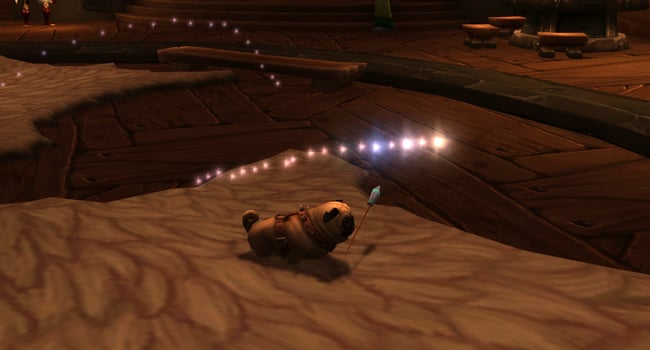 Hey! It’s me. No, there’s no special reason I’m here. I just thought I’d check in on you all after the long, Queue-less holiday weekend.

Is everyone okay out there? Survived into the new year? That is awesome news, my friends. Now let’s get on to the day’s questions in the first Queue of the year.

I think the answer is obvious. It’s Tuesday. I’m here and Mitch isn’t, so clearly I’ve won. I can’t divulge exactly how it happened because it’s a Blizzard Watch state secret, but on Friday, Galdwynn and ValenceMagi both gave Mitch some important (if contradictory) life advice:

ValenceMagi: Mitch! Thank god, you’re still alive! Listen, you have to get out of there! I don’t have time to explain, just grab your waffle iron and drive!! Trust no one! Especially the ducks!!

Galdwynn: Mitch! Thank god, you’re still alive! Listen, you have to stay here! I don’t have time to explain, just grab your waffle iron and guard the door!! Don’t trust Val! The ducks will bring an important message!!

He didn’t grab the waffle iron, I’m sad to say.

I got a much bigger monitor for Christmas which has resulted in some minor issues with playing WoW. One of the issues is how small the mini-map is. Are there any addons that allow the minimap size to be increased?

I struggled with this same problem when I upgraded my computer a year ago. Suddenly I couldn’t read quest text or basically anything. However, you don’t need an addon for this: a little setting hidden in the game’s options lets you scale the interface. Hit escape, then go to System > Advanced. You’ll see an option called UI Scale. Click it on and adjust the slider until you can see things again.

What would you most like to see from the Diablo team in 2018? A new expansion, a new game, a pack like the necromancer adding a new class?

Initially, I was going to answer, “literally anything.” The Diablo 3 team has put out so little new content, and talked so little about new content, that almost anything would make me happy.

But it’s right there: in the course of two sentences, I’ve gone from “literally anything” to “almost anything.”

It feels like we’ve hardly had any notable Diablo content this year, but that’s not true. The Necromancer class was released, and we’ve had the usual parade of new Seasons (with the armor sets, pets, and cosmetic items that come with them). The Necromancer is, admittedly, fun. (It still doesn’t rival my favorite Diablo archetype, the Javazon, but it’s still fun.) Seasons bring new achievements and challenges, and they’re fun for a little while, but inevitably come back down to the same old grind.

What I really want is new story. I want to know what’s next for Sanctuary. We’ve been wandering around without a new storyline since Reaper of Souls was released in March 2014. What’s been going on for the last three years? What’s going on in the High Heavens with Tyrael back on the Angiris Council? What are the Seven Evils doing out in the world now after the Black Soulstone was destroyed? I’ve wanted to know since I finished playing. So come on, Diablo team, give me something.

Q4tQ: Will we ever see Blizzard do another mmo and if yes will it be a current property or will it be a brand new property?

I think, unfortunately, that the time of MMOs has passed. I’m not in the “WoW is dying” camp, because it’s clearly popular enough for Blizzard to keep running and adding content — in Legion we’ve seen Blizzard keep up an aggressive content production schedule. But while the game isn’t dying, I don’t think new MMOs are on the horizon, because they just aren’t the thing in gaming anymore. Blizzard — and most any game developer — would rather do another game with microtransactions and loot boxes. That’s where the money is, so that’s where the game developers are.

I’d love to see a sci-fi MMO in the StarCraft vein, but I just don’t think it’s going to happen.

Have you spent any time in the 7.3.5 PTR with the new scaling for old world zones? Do you think this will be sufficient to make leveling new characters more interesting to you, or at least feel like less of a chore?

The biggest improvement, at least to me, is how expansions work. Namely: I can skip Burning Crusade and go straight to Wrath. And this, my friends, is going to revolutionize my alt leveling. Blizzard has learned a lot about quest and zone design since the game launched. Vanilla questing has been updated, which makes Burning Crusade now the oldest content in the game. I actually leveled through it fairly recently on a toon I was trying to get up to level for Herald of the Titans, and it was tedious.

It’s possible that this is just me. Wrath was my favorite expansion and I have a lot of nostalgia for it, so of course given a choice I’m going to jump right to it. But the great thing about this leveling change is that it doesn’t matter what part of the game you hate or what part of the game you love. For the most part, you can jump to your favorite zones (and even expansions) without bothering with the rest. That, I think, is going to make leveling a lot more fun for people who are replaying for the dozenth time — and  for people just starting, too, since they can finish zones and stories.

That’s all for today, folks. I hope you’re having a great 2018 so far and, since I am back again tomorrow, I also hope you’ll leave plenty of questions in the comments.