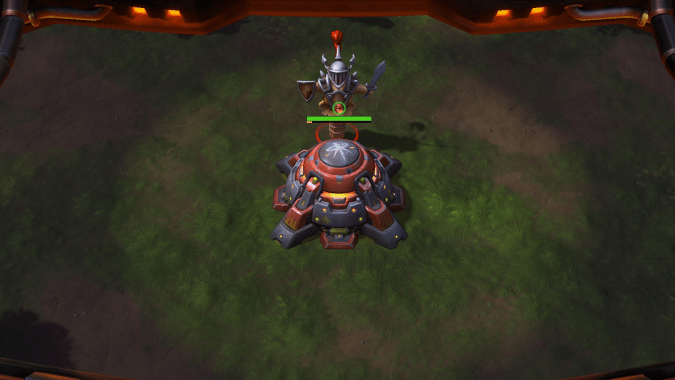 Today’s Heroes of the Storm patch is likely most well-known as being the patch that brings Blaze, a StarCraft Firebat unit, to the game. But it turns out Blizzard had a lot more in store for us with today’s patch than just a new hero.

As was discussed only a few days ago, Blizzard wanted to address the snowballing that was happening after the changes made in the 2018 update. At the time, we didn’t know when those changes would take effect — but it seems that the answer is today! Not too surprisingly for anyone who’s been playing recently, the changes are targeted at nerfing mercenaries and health globes, and buffing structure damage, all in the name of reducing the overall pushing power a team can get early game.

In addition to the battleground changes, there were several hero changes not noted in the PTR’s patch notes. Namely, Stealth heroes were targeted with today’s patch, as well as Garrosh — who recently had his main kit nerfed into the ground. And, saving the most important for last, Blaze’s Bunker was given a whole more 5 health. Definitely needed it!

Cpl. Miles “Blaze” Lewis has always been drawn to the flame, but it wasn’t until he joined up with Raynor’s Raiders that he put his pyromania to good use. He’s seen his fair share of battles since then, and has never failed to bring the heat.

Developer Comment: As expected, our gameplay update for 2018 resulted in large changes to many of our game systems. While we’re overall happy with the direction of the update, there have been some unintended side effects that we’re hoping to remedy. We overestimated how much more powerful unlimited ammo would be for Structures, and as a result pushing mechanics have become too strong, resulting in lower game times on nearly all maps. We’re giving our towers some of their teeth back with this update, which should help teams hold pushes from Mercenary Camps and map events. We’re also making some tuning changes to some of our Mercenary Camps now that we have had some time to see how they have been performing. Hellbats and Knights in particular are pushing harder than we would like, so we’re reducing their power. We’re also taking a look at the Warhead Junction boss and reducing its early and mid-game pushing power, as right now it is too strong when combined with Nukes from the map event. Lastly, we are reducing the power of Regeneration Globes. While we like the new mini-game that Neutral Regen globes provide in the laning phase, we are not comfortable with how much they are currently benefitting the team that is ahead while they are pushing into a defending team. We’re also seeing players picking up more Regeneration Globes in general, so this will help to keep the game’s overall sustain in check. These are some hefty changes, and it’s likely that there will be more needed to be done over time as things continue to settle. We’ll be keeping an eye on things, and are prepared to make more updates as they’re needed.
​

Developer Comment: We’re reducing the spread of Scatter Arrows so that they’re more effective when opponents aren’t directly next to a wall, while also reducing the damage slightly to compensate. We’ve increased the range of Natural Agility so that it will jump over a wider variety of terrain. We’ve also removed Shieldbreaker because we found that it required a very specific set of circumstances to be effective, but it was extremely powerful in those rare situations. We’ve moved Sharpened Arrowheads to replace it while changing its functionality to be more consistent in all situations.

Developer Comment: It’s nice to see that the recent changes to Nova have been so widely embraced by players. However, with the addition of some new escape tools and her ability to have multiple clones out at once, we feel like her damage potential against single targets is still a bit too high. Our data is showing that her talent tree is in a very good spot balance wise (besides a couple outliers, which you see here) so we are also lowering her base output and compensating by increasing Precision Sniper’s damage.

Developer Comment: Samuro’s rework has put him in a good position regarding his talent pick and win rates, as well as his overall performance. In addition to some talent tuning changes, we decided to slightly increase his Health to compensate for the fact that he now has to put himself into dangerous positions much more often to deal damage.

Developer Comment: We’re reducing the duration of Garrote’s Silence slightly so that all openers feel viable, and reducing the damage of Hemorrhage so that Valeera doesn’t have as much damage while also being able to shut down her target.

Developer Comment: Zeratul currently has the lowest win rate out of all of our Stealth characters, so we’re tuning up some of his underperforming talents. He traditionally has been a high performer as players learn to master him, so we will be keeping an eye on him over time to see if he needs any more changes.

Developer Comment: While the changes to Groundbreaker have helped Garrosh feel better to play against, we believe he can use some help with his ability to peel for his team and control the battlefield. We’re also making some tuning changes to his talents to help their pick and win rates.