Robot aliens invade Neo-Stormwind in Heroes of the Storm teasers 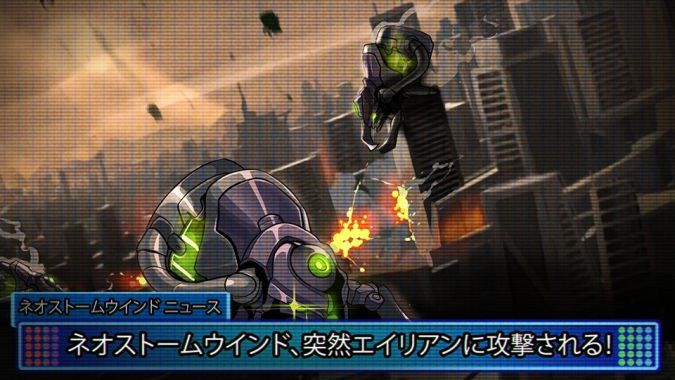 Because time is a construct and weekend teasers are all the rage, the Heroes of the Storm team decided to taunt players with some vague teasers this past weekend. It began Saturday afternoon with an anime-like teaser that appears to show a city under attack:

The caption (roughly translated) reads “Neo-Stormwind News: Neo-Stormwind is under attack by flying aliens!” While the “flying aliens” certainly look a lot like the Locusts that the upcoming Xenotech Abathur skin will spawn, there was literally no other info outside of the above picture. So, of course, the Heroes team had to continue the teasers with yet another vague tweet in the same vein, posted yesterday:

Again, roughly translated, this one reads “Neo-Stormwind News: Mecha Storm production has broken history.” However, thanks to Reddit, keen-eyed players noticed the mecha which appears to be in production matches the leg of Mecha Rehgar. In other words, this puts us at two of three heroes teased via mock-news images — the third being the as-of-yet teased Mecha Tyrael. However, he may have made an appearance in Monday’s teaser, depending on how you want to interpret the burst of blue light in the final teaser:

The translation for this one is “Neo-Stormwind News: Breaking news! Unconfirmed new Mecha enters the battle!”

Now, it seems pretty clear that these teasers are leading to the release of the Mecha skins which were showcased in the pre-Blaze In-Development video. What’s less clear is why exactly they’re being teased in such a fashion and if the teasers mean more than simply the release of new skins. Are we in for a mini-event surrounding the skins? Another PVE Brawl? Or are we getting something as big as a new map?

Personally, my money is that these images will culminate in a Kel’Thuzad-promo-style cartoon wherein Mecha Tyrael — who looks suspiciously similar to the RX-78-2 Gundam — teams up with Mecha Rehgar to fight off the Xenotech Abathur invaders. If we get a Brawl on top of that? Well, that’s just extra in my books.

The one bit of information I’m still not certain on is the “Neo-Stormwind” bit. This could always just be a bit of world-building — which the Heroes team certainly did for the Space Lord Leroic premiere — but at the same time, I can’t help but be cautiously optimistic that the existence of Neo-Stormwind in promos might be teasing a new map. We’re likely to find out within the next day or two anyhow, so I guess I won’t have to wait long to find out. Either way, I’m excited for the Mecha skins, regardless of what extra comes with them — how about you?