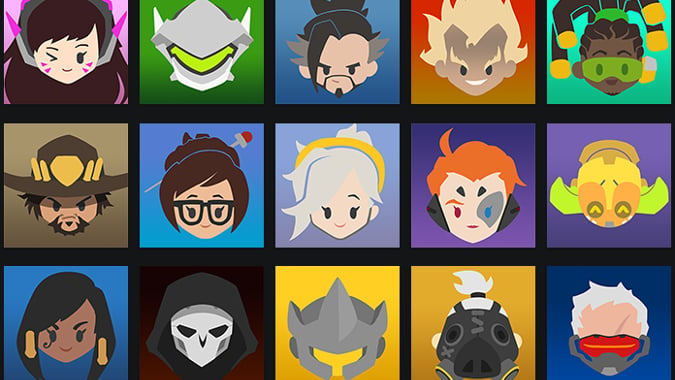 Blizzard World is arriving in Overwatch on January 23 and alongside the new map is a whole host of new cosmetics. While not all of the new cosmetics have yet been unveiled, the Overwatch team has slowly been trickling out previews of the new offerings on their social media. On Wednesday, they released the new spread of character sprays, all of which are absolutely adorable:

Only 6 more days until our cosmetics update arrives in Overwatch! Join us as we count down to their release with new item reveals every day.

I love every single one of them. Some of them are recognizable as existing skins, while others are brand new looks — the D.Va spray, for example, puts her in a black dress with kitty ears. Fans have already begun clamoring for that to become a D.Va skin, and considering not all of this patch’s cosmetics have been unveiled, it very well might be unveiled in the coming days.

Personally, I’m not too sure about that one in particular. It’s a little too Muppet Babies: Overwatch Edition to me, but maybe it’s the spray’s art style tainting my judgment. McCree’s golden get-up is already in-game, and the actual implementation isn’t nearly so cutesy. Maybe kitty D.Va would turn out just fine.

Following up on the sprays, Overwatch unveiled a new legendary skin for Pharah yesterday, drawing upon the character’s Egyptian heritage:

Only 5 more days until our cosmetics update arrives in Overwatch! Join us as we count down to their release with new item reveals every day.

And finally, just this afternoon, Overwatch unveiled a set of new player emotes. While some members of the Blizzard Watch staff took an immediate shine to Moira’s facepalm, I’m charmed with Sombra’s impish shenanigans, myself. Honestly, how can you not find Sombra freakin’ adorable?

All of these new cosmetics are in addition to the new Blizzard World skins revealed back at BlizzCon: Muradin Torbjorn, Barbarian Zarya, Nova Widowmaker, and so on. There are a few days’ worth of reveals still upcoming before their release on January 23, and we eagerly await whatever is coming our way next.

Blizzard Watch is made possible by people like you.
Please consider supporting our Patreon!
Filed Under: Blizzard-world, Cosmetics, Skins
Advertisement