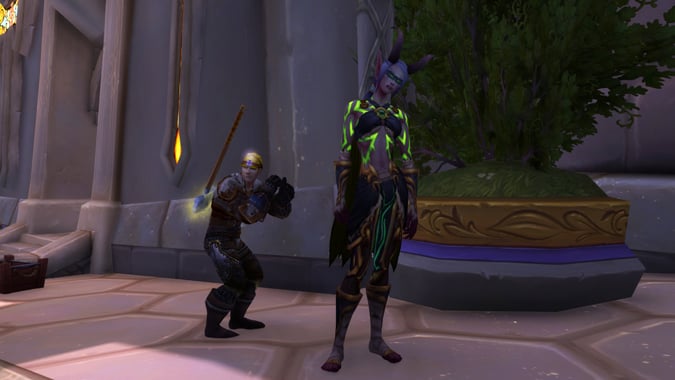 Blizzard released a new round of hotfixes for World of Warcraft last night, including a nerf for Northrend Timewalking as well as a variety of other changes. For players participating in Northrend Timewalking, the health of most enemies in Pit of Saron has been reduced by 50% as of last Friday. And if you happen to have all Legion Legendary items for your class, consuming a class-specific Legion Legendary generating item will now always generate a token for another class.

On the down side, Blizzard has decided to increase the cost of Argus missions that award Blood of Sargeras. For a brief, shining moment in time, players could run the mission and convert the Blood of Sargeras to nab a small amount of Order Hall Resources out of the bargain. As of the hotfix, the missions now cost 600 more Order Hall Resources to run, killing the turnaround for Order Hall Resources, as well as any interest I had in running said missions. But hey! There’s still good things to be had. Fashion-forward Void Elves should be pleased to note that the Heritage of the Ren’dorei set now contains the Ren’dorei Cloak.

Read on for the full list of hotfixes below — I’ll be over here, quietly mourning that Blood of Sargeras mission nerf.