The Queue: This one was so obvious I don’t even need to say it… 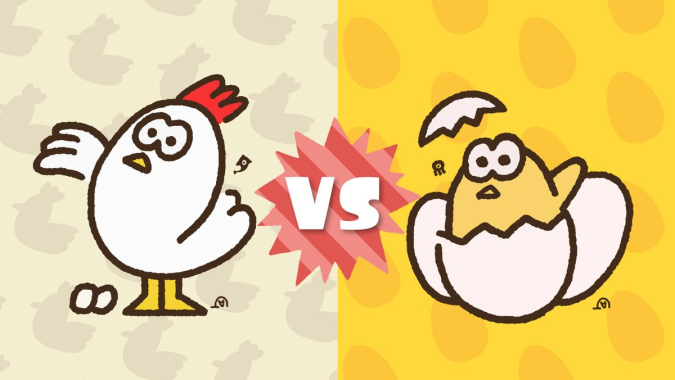 This month’s Splatfest wanted to know what came first: the chicken or the egg. Questionable ink-color choice aside, this one’s Shifty Station — the map that is only available during a Splatfest and changes each time — had a couple areas that locked players in, forced to fight in a death enclosure. It was by far the best iteration of Shifty Station.

BLAZENOR, I PROBABLY DON’T HAVE A SINGLE ANSWER FOR THIS:

QFTQ: What is the one ability or spell that never gets old using? The one you can’t live without. For me that would be my Mage’s portal spell, if that spell was ever removed or become super limited it might cause me to quit the game. LoL, just half kidding.

I’m probably saying this since I’ve been playing my Demon Hunter lately, but nothing feels quite as fun as the Double Jump, quick-turn Vengeful Retreat, double Fel Rush combo to get around the environment. The Vengeful Retreat portion is my favorite, if I had to choose one.

As far as Shadow goes, I looooove Surrender to Madness. I know it’s new (and a talent [and changing in the expansion]) but I love it so much. It’s so unique, both in design and the way it affects your playstyle.

ENO, THANKS FOR THE NEW THINGAMABOB:

Should this be Mitch’s emoji? 🐙

LOTHARFOX🦊, I LOVE THIS QUESTION:

Blizzard has put in some minigames, like the Jewelcraft game, and that one Plants vs. Zombies quest chain. When are we going to see an Angry Birds game in WoW? What other addictive game would you like to see Blizzard implement?

Angry Birds could totally work. We already have projectiles and destructible objects, it’s mostly a matter of putting them together properly. I’m also sure people would love a Flappy Bird in WoW, right? Remember those jousting dailies in Hyjal? Just imagine that, but way more difficult and a lot more frustrating.

I’d also totally be a fan of more platforming puzzles. I’m sure there’s a way to put a 2D-Mario mechanic in the game somewhere.

XERIANNE IS DOING WHAT I’VE BEEN DOING LATELY:

I need marks of the Sentinax and I finally got the quest beacon to drop so now I can find a group but I’d like to have a beacon or two going in so it’s quicker for all of us. What’s the best place to kill mobs? Where the Sentinax is currently attacking or will they randomly drop off anything I kill. I really don’t remember and I’m currently out here on my Warrior doing WQs and so far nothing.

I focused on the areas that were currently under the Sentinax. Keep in mind, if you join a group already killing things and using Beacons, you’ll get your own Beacons even faster, so it’s not the worst idea to just go for it, Beacon or no.

As for the other portions — I can’t remember the order these come in — the “kill 50 demon in Felsoul or that other place” is really easily done in northern Felsoul Hold. You can get the cannon ammunition and just go crazy on some Fel Bats. It’s boring, but easy. The “kill 100 on the Broken Shore” portion is best done when the imps are up for the World Quest southeast of the Tomb. If not there, the crash site has a lot of mobs.

Q4tQ: given around a $1500 budget would you get 4k monitor for the desktop or get a gaming laptop?

Q4tQ: when playing WoW on a laptop do you get something like a wired/usb or bluetooth mouse or do you actually try to play on one of those silly finger pad things?

Q4tQ: Is a wifi connection to a laptop sufficient to play WoW without noticeable lag?

I honestly have never tested the speed of my home wifi. 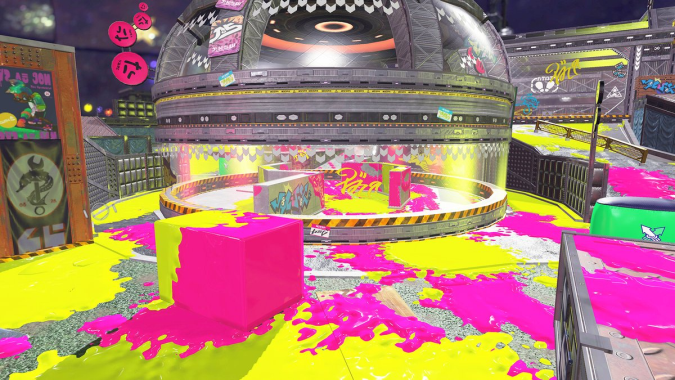 OMEDON, GIVE ME SOME SLACK:

Q4tQ: I know that on the podcast they said they dislike these sorts of questions, but I honestly don’t think we’re that far off from being able to have fun speculating by asking…

If Ion has another “crazy Ion’s house of too much information,” panel (which if you recall took us from “yay Legion the new shiny” to “and then… Argus” about 4 months after launch), what are some fun and not at all committed serious prediction type teasers that you could see or would like to see taking the place of “and then… Argus” for Battle for Azeroth at Blizzcon 2018?

I’ll throw my response in with the question:

To clarify: I have no problem with these questions — I actually love speculating far, far too much into the future — and I don’t think the others do, either. It’s more that it’s impossible to give an answer that’s anything beyond pure speculation most of the time.

Anyhow… Your answer is perfect, because, man, we are due for Old God stuff. I’m also curious/interested to see if we have another raid in a capital city — Siege of Orgrimmar, except in Stormwind or something. That one would require some finagling to make work, lore-wise, though.

What else, hmm…  Despite maps (and the world itself) not showing them, it would open up a lot of possibility if we did find out Azeroth had a “southern hemisphere” or something. We’re running out of space, to be honest. Oh, hey! Space! Let’s go there again, but with more Void.

With regards to the 110 character boost, I thought I saw somewhere, sometime, that if you use it, you miss out on the opening of your class hall quest chain. Anyone know if that is true? Warrior is the only class I don’t have at 100 at least so I thought I’d use the boost on her, but not if I miss the class hall quests.

You miss out on your first Artifact’s questline, but you can still do the Class Campaign and the other two Artifacts’ quests.

ARCHMAGE RC MAKES ME THINK ABOUT SOMETHING I ALWAYS FORGET TO THINK ABOUT:

Q4tQ: for the transmog junkies, how often do you change your hairstyles or colors?

Y’know, as much as I love transmog, I’ve never actually done this on any of my characters. I tend to like one or two hairstyles and stick with them forever. It feels weird to me to look different than how I’ve always looked… which is odd, because it’s not like I don’t change my hairstyle in real life every decade or so!

MISTAH JAY, NOT THE BEES!

2BE: Frog Mount vs Bee Mount

But actually, I really like the bee mount. Bonus: When someone tells you to buzz off — people do that to everyone all the time, right? — you can mount it and literally buzz off.

That’s it for today’s Queue! Y’all can argue over the chicken/egg thing in the comments if you please, but make sure to leave questions for Liz.