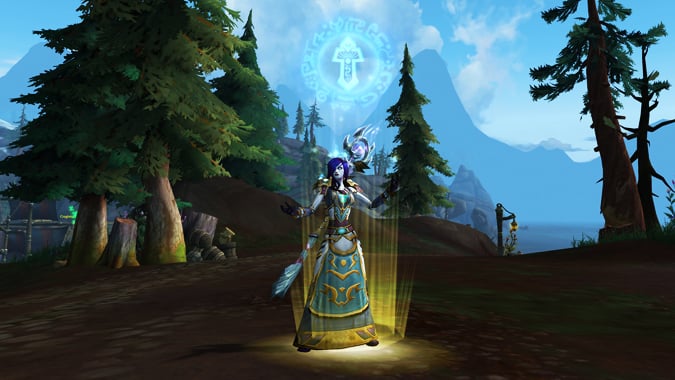 Discipline changes have appeared on alpha and, well, they’re certainly not what I expected. Last month, we saw quite a few Holy changes but practically nothing for Discipline besides the odd musical-chairs game Blizzard seemed to be playing with the talents. However, last week’s alpha build brought us a little something more substantial, to say the least.

Might as well get the big one out of the way: Power Word: Shield‘s cooldown has been removed. No 6-second cooldown, no 15-second Weakened Soul debuff. It’s just straight unadulterated spammable shield. Not going to lie, the second I logged into the alpha, I spent several minutes casting Power Word: Shield over and over just because I could. Also, to see how long it would take to go through my mana. But also for the pure novelty of spam casting it with no cooldown or debuff. For the record, it took a minute and a half to run through all my mana while nonstop casting shields.

Now what about the other changes? 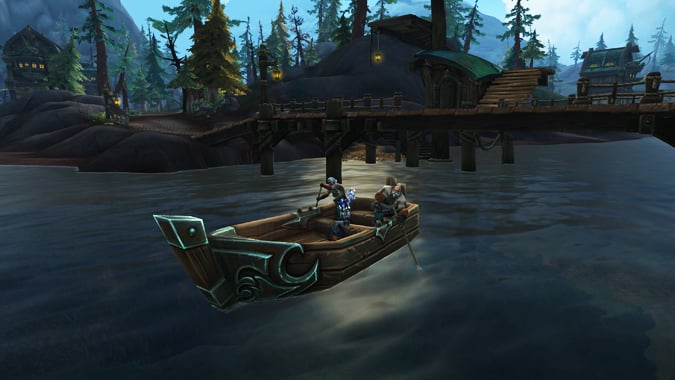 Power Word: Shield wasn’t the only change on alpha, but it’s the one that sticks out, for good reason. In fact, when I first saw it in the latest build, I legitimately thought it was a tooltip change or an just an error. Likewise, Rapture also obviously received a change, due to the fact that it currently removed Power Word: Shield’s cooldown for 8 seconds, and that doesn’t really work when shield doesn’t have a cooldown anymore.

Below are the changes to Rapture mentioned above, plus a few other spell changes:

The latest build also introduced a new talent to replace Shadow Covenant. This one gives Atonement a boost when healing with Penance, which can be really good in Mythic+ dungeons. Lastly, Lenience got buffed and then dropped part of its name to be more hip or something. I know in the last post I said don’t worry too much about the numbers, since alpha is a really rough first draft and they tend to do balancing passes later as the mechanics get nailed down. However, the Lenience change was significant enough to take notice. At the time, Lenience was only a meager 0.5%, the same amount per trait rank it is now. The recent build buffed it from 0.5% to 3%.

The Power Word: Shield change is what has everyone talking. It’s an odd change for sure. Given that Plea was removed in a previous build, Power Word: Shield is clearly meant to replace Plea as Discipline’s quick Atonement-applier. In a way it kind of makes sense. Plea was never really useful outside of functioning as a method to spread Atonement around or halfheartedly spot-heal. Discipline was known so long as the bubble spec and giving the function to Power Word: Shield gives it some of its flavor back.

At the same time, it makes no sense at all. A focus on shields again goes against everything they wanted Discipline to be in Legion. In my last post discussing the changes for Holy, I noticed that it seemed like they were reverting a lot of the changes in Legion and going back to previous designs. Blizzard couldn’t possibly want mass bubbles again, could they? Hey Blizzard, if you’re bringing back past spells, can we have Divine Aegis too? I was also quite fond of Spirit Shell, if it wouldn’t be a problem, especially my OMG WIN macro I had in Mists of Pandaria, with Archangel, Spirit Shell, and Prayer of Healing.

Well, that’s probably too much. To be honest, I do think they’ll try to limit shields’ potency, keeping it as a minor absorb that is boosted into a burst cooldown by Rapture. Speaking of Rapture, the cooldown reduction it received makes me think it is intended to be a replacement for Light’s Wrath, which has been noticeably absent.

However, as small as the shield problem currently seems to be — as it’s unlikely they’ll ever absorb the amount they used to — the fact remains that it has always been a problem. Absorbs by default are incredibly efficient, will always “heal” players first when taking damage, and they render other healers less useful, making Discipline Priests alone a necessity. The concerning part of this whole debacle is Lenience. It’s basically dressed up as another absorb, except it’s stronger, you can’t track it, and it’s automatic just by doing your job and keeping Atonement on everyone. It will be practically mandatory in raids, and Discipline will soon push Holy out yet again. 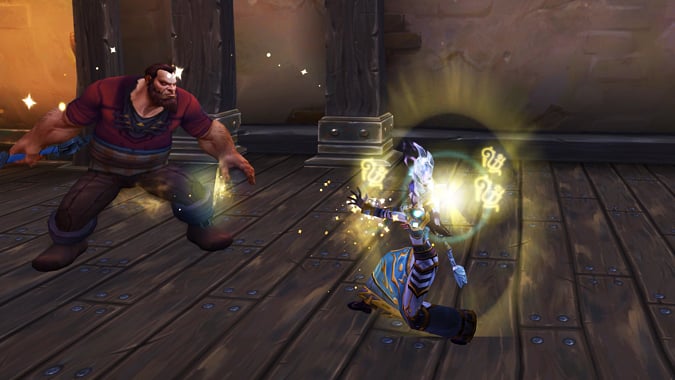 Shielding in practice, aka Discipline questing

My first suspicion regarding the cooldown removal was that Power Word: Shield would be relatively weak, in order to make it a replacement Plea and prevent Discipline from being a bubble bot again. Numbers on the alpha are far from balanced right now, as they’re mostly looking to smooth out gameplay and mechanics. Once mechanics are in place, balancing passes go through, bringing everything in line. The stat squish also muddies the waters.

When fighting a single mob, including one of the starred rares, the shield buff would last its full duration and expire before the damage broke through. However, when fighting multiple mobs, even just two, the shield was fairly ineffective and would be broken through within a matter of seconds. It was easy to keep it going, since, you know, no cooldown, but it sure became annoying having to put it back up constantly while still fighting stuff. At a certain point, it’s just better to DPS and let Atonement try to heal if you have a host of things angry and wailing on you, rather than trying to keep a shield up at all times. 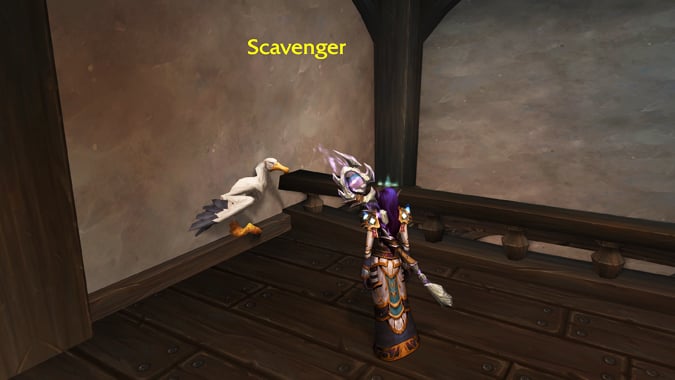 Questing as Discipline in general felt relatively similar to what we have in Legion. I took many of the same talents I regularly use to see if I noticed a difference. I’ve always liked taking Schism because I found the damage increase beneficial when fighting things that don’t die immediately. However, on alpha, it almost felt superfluous. Smite and Penance did the job perfectly fine and it was actually close to a hassle to try to weave in Shadow Word: Pain and Schism in a rotation, no matter how long the mobs stayed up.

And if you pull a whole bunch, then they stay a long time while you’re trying to whittle them down one by one. Another con for Schism is that it mostly shined with Light’s Wrath, especially if you had a sweet Overloaded with Light proc that you could inflate the damage of to see how high you could get. With Light’s Wrath gone in Battle for Azeroth, there aren’t too many DPS spells that would benefit from a 30% damage increase with fewer casts, rather than just being cast more often. Castigation seems like the way to go for the extra Penance bolt.

For the rest of the talent rows I stuck with favorites, since there weren’t many hard or non-obvious choices. Sorry, Feathers 4 lyfe. Mindbender won out over Solace since it just does better with more difficult enemies and Solace is annoying to weave in. In the level 90 row, Divine Star won out over Purge the Wicked and Halo due to its targeted AOE and relatively short cooldown. Sure, you can spread Purge the Wicked by Penance, but that means time it’s not ticking while you wait for it to spread, as well as only spreading one every 9 seconds. And if you’re not using Penance to spread, that defeats the purpose of trying to use it as an AOE spell. 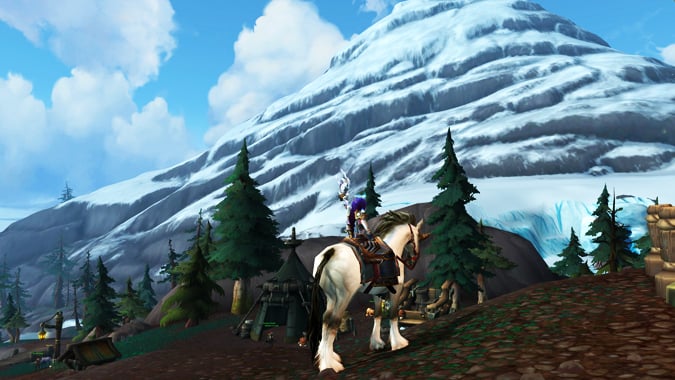 All in all, it’s good to finally see some changes for Discipline, but I’m just not so sure about the direction they’re going. Legion did a lot toward equalizing the two healing Priest specs in terms of power, making sure that neither aggressively overpowered the other. I enjoy playing both Discipline and Holy, and I’d hate being pigeonholed into one simply because it’s too powerful to choose otherwise.