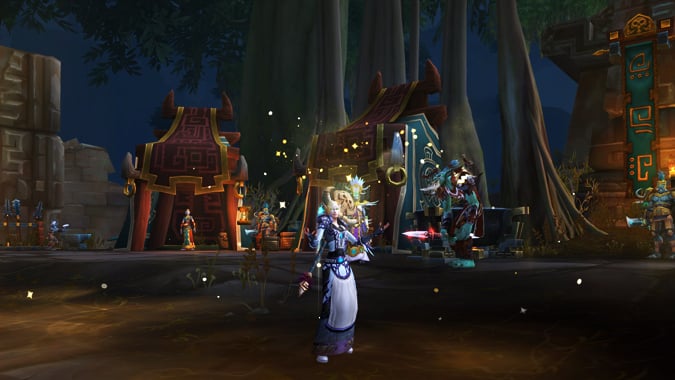 Alpha is finally up, and we can get our first hints at what Blizzard intends for us Priests of the Light. Now, since this is alpha and one of the first couple builds, there’s the usual disclaimer about how everything is subject to change. This is especially true considering that the datamining for the initial alpha build had few changes for healing Priests, while the next build brought us most of our talent changes. More changes are likely on the way, but here is our first look at class direction in Battle for Azeroth. 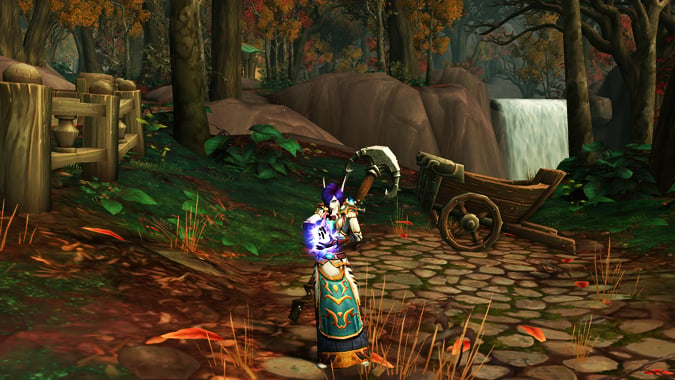 As you might have heard, Battle for Azeroth is bringing back class buffs, which we first saw on the demos at BlizzCon. For us, that means the return of Power Word: Fortitude, a 10% Stamina buff, and a return of the raid asking, “Fort? Fort? Foooooort?” even though you’re clearly waiting for everyone to get here so that you don’t have to keep clicking the spell. I can’t wait. When we last had class raid buffs in Mists of Pandaria, Power Word: Fortitude shared a role with Warlocks’ Dark Intent. This time around, it appears that Priests alone will be unique in providing the Stamina buff to the raid.

Mass Dispel is also seeing a significant change, with its cooldown increased by a notable amount. On live, the cooldown is 15 seconds — on alpha, this is up to 45 seconds. We’ll either have to be sparing when we use it, or just stack Priests. Mass Dispel has long been a staple of the Priest class and it seems odd to give it three times the cooldown length when it has been the same for over five years.

There are also a lot of numbers changes, with spell coefficient changes and spell timer adjustments. Most of these are likely a result of and/or compensation for the upcoming stat squish, though. It’s hard to tell right now just exactly what kind of effect they’ll have on the classes themselves. The numbers aren’t terribly important this early in the alpha, but it’s worth it to keep them in mind at the same time, since it’s never too early to start feedback. As the alpha goes on, we’ll likely see a lot of wide-sweeping numbers changes in alpha builds, as well as balance tuning passes once the mechanics are ironed out and it gets closer to expansion release. 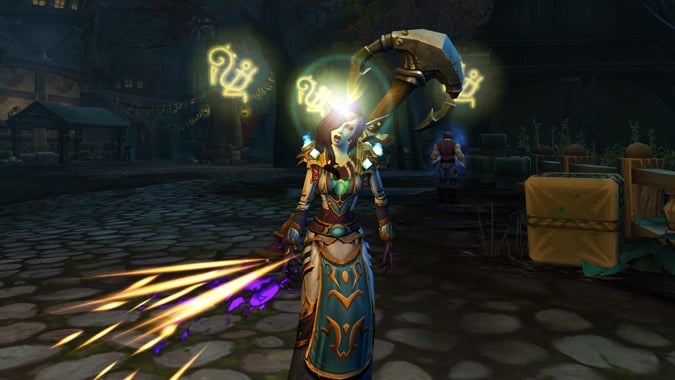 Discipline has very few changes, which could either mean that Blizzard is happy with the way it played out in Legion, or that the bigger changes are yet to come.

The main changes on alpha exist in the talent tree, and even then they’re nothing major. There are no new talents and nothing has been removed, either. The only change is that the level-45 and level-60 talent rows have been swapped, giving access to mana-returning options earlier and crowd control later. Since other classes and Holy have received Artifact Traits as baseline spells or as talents, it makes me think that there are changes to Discipline that are still yet to come.

Discipline’s main Artifact Ability, Light’s Wrath, played such an integral role in its rotation in Legion, and it seems odd not to see any of the Artifact Traits added to Discipline’s toolkit. However, it’s not surprising to not have changes up front — the first datamined build for the alpha didn’t even show changes for Priests, and when the Legion alpha came out Priests weren’t available at first. They may still be working on the spec. 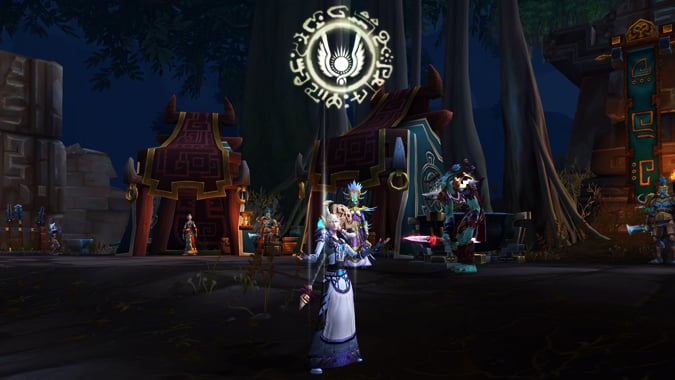 Holy has all the changes so far, though it’s a lot of reworking rather than the straight-up overhauls that Legion saw. We have new spells, reworked spells, and a flurry of talent changes.

Symbol of Hope is now baseline and has received a slight change. Instead of casting mana-free for 12 seconds, it restores missing mana for 10 seconds. The cooldown has also been reduced from 6 minutes down to 5 minutes. This new version of Symbol of Hope is the return of our old spell, Hymn of Hope, which was removed in Warlords of Draenor. It’s even better than the old version though — the old Hymn of Hope returned 2% mana to the three lowest targets every 2 seconds for 8 seconds, while the new Symbol of Hope restores 2% mana to all healers every second for 10 seconds.

Speaking of old spells, Holy Nova also finds a return to its former glory. The healing component has been added back to the spell, so we can DPS and heal at the same time once more. To be honest, removing the healing part of Holy Nova in Legion didn’t make much sense, especially when similar spells like Divine Star and Halo also had dual damage and healing components. We also get our fear back in the form of Psychic Scream, with a talent to reduce its cooldown like Discipline has. 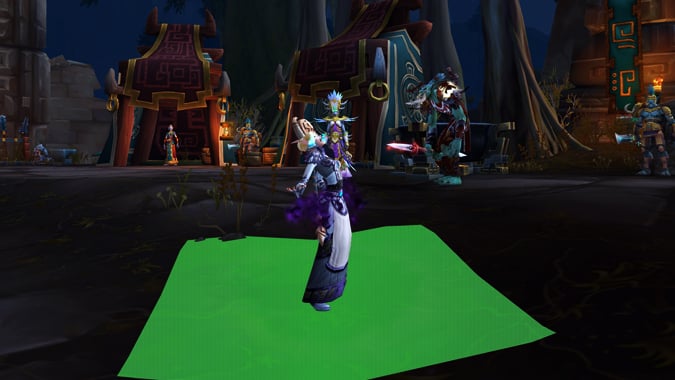 Holy talents see a lot of changes, not only with swapping talents between rows, but removing a talent to become baseline, adding a talent from the current Artifact Weapon, and creating a new talent. Levels 15 and 30 stayed the same. Like Discipline, levels 45 and 60 have been swapped, moving crowd control to level 60. Shining Force and Censure stay part of the talent row, while Psychic Voice has been added, reducing the cooldown on Psychic Scream by half. For the new level-45 row, Light of the Naaru and Guardian Angel join Afterlife.

Circle of Healing has been moved from the level-100 row to join Surge of Light and Binding Heal at level 75, which makes way more sense than its current location and is something I had mentioned last month with regards to odd talent pairings. It replaces Piety, which has been removed entirely. Divinity has also been removed, and taking its place at level 90 is Benediction, joining Divine Star and Halo. It feels kind of an odd choice, but at the same time, they’re all a form of AOE healing and Benediction is just passive rather than an active spell.

At the level-100 row we see a new set of cooldown options. Apotheosis stays where it is. Cosmic Ripple, currently the final talent in our Artifact Weapons, has been added to the talent selection. The third choice is something brand new. Holy Word: Salvation is a huge AOE healing cooldown. Not only does it heal all allies within 40 yards, but it applies Renew and two stacks of Prayer of Mending. It’s kind of like a combination of Benediction, Renew the Faith, and Revival in one. It has a baseline 12-minute cooldown, but the cooldown is reduced by 30 seconds every time you use one of your two healing Holy Words. 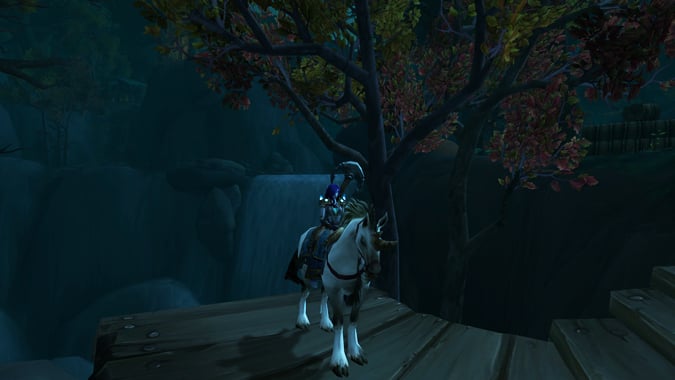 Minor changes that stick out

Serendipity, a leftover relic from Holy’s olden days where it decreased the cast time of Greater Heal and Prayer of Healing, is now updated to more accurately reflect its current purpose — it has been renamed to Holy Words. Speaking of Holy Words, their cooldown-reduction mechanic has been altered slightly. On live, base reduction is 8 seconds when using the appropriate spell for Serenity, Sanctify, and Chastise. On alpha, Smite and Chastise interaction has been changed to a 4-second reduction, while the Sanctify and Serenity reduction is 6 seconds. Binding Heal has been reduced from 4 seconds — for both Serenity and Sanctify — to 3 seconds.

Along with the cooldown tweaks, there is also an interesting addition to Holy Word: Sanctify. Renew now affects Sanctify’s cooldown, reducing it by 2 seconds every time we cast the spell. This may give Holy Priests the incentive to actively use Renew once again, rather than relying passively on it through the Benediction playstyle.

What’s most interesting to me is that instead of seeing a whole new class like we’ve been doing every expansion, we’re instead seeing Legion and even Warlords changes being reverted. Class buffs were removed for Legion but are now back. Raid-wide mana restoration spells were removed in Warlords, and even though Legion added a similar version of Hymn of Hope, here we are seeing it revert back to how it was in Mists of Pandaria and prior.

Even Holy Nova is returning to how it used to be, though for Holy instead of Discipline. Renew was a heavy hitter in Holy’s past, with entire playstyles centered around blanketing the raid, and it became entirely passive during Legion due to Benediction and Piety. Having it work with our Holy Words makes it feel less like the odd spell out and more like a useful part of our toolkit.

The alpha has only been up for two weeks, while Battle for Azeroth is expected to come before the end of summer. That gives us around six months for alpha and beta, so we still have a ways to go as far as final changes.