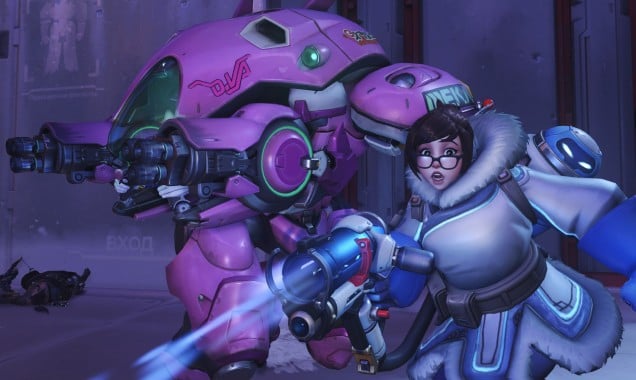 The other day, we reported that Game Designer Geoff Goodman had teased at some buffs for Mei and Reaper coming as early as this week to the Overwatch PTR. Looks like he was true to his word. A PTR build that went out over the weekend introduced those buffs, as well as some nerfs for D.Va and Zenyatta. The latter two both had adjustments made to reduce their burst potential — which makes sense, given neither are Offensive heroes.

But the bigger news here is likely to be the buffing. As was teased, Mei’s Endothermic Blaster — the one that freezes people — now pierces. This allows it to freeze multiple enemies at once. Of course, those enemies have to be clumped together to all be frozen in this way. Because of this, it’s now less punishing for Mei if an enemy walks in front of her as she’s trying to freeze a primary target, as well as more punishing for her enemies if they decide to stay close to each other.

Reaper, meanwhile, has his ammo automatically reloaded after using his ultimate, Death Blossom. More importantly, his Wraith Walk increases his movement by twice as much as it used to — up to 50% now — and can be canceled as needed. This change makes him a significantly more difficult target to run away from, which is fitting, given his name is Reaper.

There are a couple other changes and bug fixes — as well as the aforementioned D.Va and Zenyatta nerfs — worth checking out in the full notes. For your convenience, they’re posted below:

A new Overwatch patch is currently in development and now available for testing. To share your feedback or report and issue, please post in the PTR Feedback or PTR Bug Report forums.

Developer Comments: We moved the checkpoint back for two reasons. The original location swung the map’s balance too far in one direction (favoring the defenders). Also, once the payload reached the checkpoint, defenders returning from spawn could get pinned in this area, usually resulting in their death.

Developer Comments: The addition of the “Avoid as Teammate” option gives players the ability to craft their online gameplay experience. Up to two players can be selected with this feature. If you use the “Avoid as Teammate” option on a player, the matchmaker will no longer place you on a team with the avoided player for one week. To learn more about this feature, click here.

Developer Comments: Due to player confusion about the most appropriate category to report players for poor or toxic gameplay, we are removing the Poor Teamwork option from the reporting system. Players should instead use the Gameplay Sabotage option when players actively harass or disrupt their own team with game mechanics or their actions. Players should not be reported simply for performing poorly, since everyone occasionally has a bad game.

Developer Comments: D.Va’s burst potential is a bit too high, and her Micro Missiles are a major part of that. Currently each missile deals 3 impact damage and 6 explosive damage. We’re reducing explosive damage from 6 to 4 but leaving the impact damage the same, the net result being 22% damage reduction.

Developer Comments: This change helps Mei combat multiple targets that are clumped up and also makes it easier to keep her freezing a specific target if another enemy gets in the way. In addition, this change helps her ultimate more consistently be able to freeze more targets, especially if they are near each other. Note: While her shots now pierce enemies, they still do not pierce barriers such as Reinhardt’s shield.

Developer Comments: These changes help Reaper use Wraith Form more consistently as an escape, but they also open up new options, such as chasing down key targets.

Developer Comments: Due to issues with visibility, we have made most of Moira’s visual effects fade away the closer they are to the camera. We have also made modifications to Coalescence to greatly increase the ability for foes and allies alike to see through it when facing it.

Developer Comments: Zenyatta is meant to be able to deal a lot of damage, especially for a support, but his alternate fire burst damage was a bit too high. This change keeps the overall damage the same but lowers the DPS slightly and makes it harder to hit multiple shots at very long ranges.