The Queue: Let’s have a wedding 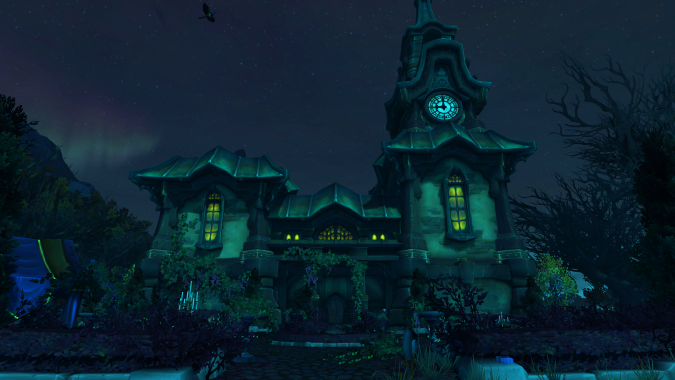 I don’t want to spoil anything, but holy crow, Drustvar is an incredible zone. It’s everything I want out of a “spooky” zone, and it’s awesome enough that I will actually encourage you to have a max-level Alliance character just so you can experience… or, if you happen to get alpha/beta at any point, just make a pre-made character and go through it that way.

OMEDON IS ASKING SOMETHING A LOT OF US HAVE LIKELY THOUGHT ABOUT:

Q4tQ: I love the idea of allied races because it expands character customization! That said there are races I’d like to see added that would potentially curtail some elements of customization unless I expected an extra degree of work to be put into them so I feel like hoping for them is hypocritical. I’m talking about the dryads, the naga, the centaurs, and perhaps even murlocs, those way out there ideas.

So here’s my question: If you could tell Blizzard “go ahead and put these races in that I can’t necessarily customize with armor as much as the standard races! Feel free to cut those corners just give me my X race,” would you give them that OK to if it meant getting to play one?

Yes, I would absolutely tell Blizzard it would be okay to cut corners to make some of the “out there” races playable. I don’t want no armor, mind you, and I would like character customization (skin/hair color, etc.), but I’d be fine if some aspects were limited.

If Tuskaur needed corners cut to happen, do it. If Arakkoa wouldn’t show armor, fine, I don’t care. Any other form of undead models, hell yeah! Totally fine with sacrificing some things to make these races happen.

ZEL DEFINITELY TOTALLY ASKED THIS LAST NIGHT AND NOT MORE THAN A WEEK AGO:

Q4tQ: Has your raid team ever used Vantus runes to get an edge over a tough boss? Did you feel like they contributed enough, or was it also the placebo effect making your group feel like they were invincible? Should Blizz continue them into BfA?

Yes, my raid team has used Vantus Runes to help kill particularly nasty progression bosses. There might be a placebo effect for some, but I honestly think the Runes helped to eke out that last bit of DPS that was holding us back (either from a kill or a phase transition or what have you). I’m all for Blizz continuing them in the next expansion, but really, I’m all for them continuing anything that makes professions useful.

Zerg Leviathan vs. The Sentinax
The Hyperion vs. The Vindicaar
The Spear of Adun vs–oh wait, it wins automatically. Nevermind.

Zerg Leviathan for sure. I’m slightly torn on the second question, but I’ll give it to the Vindicaar because magic pew pew. 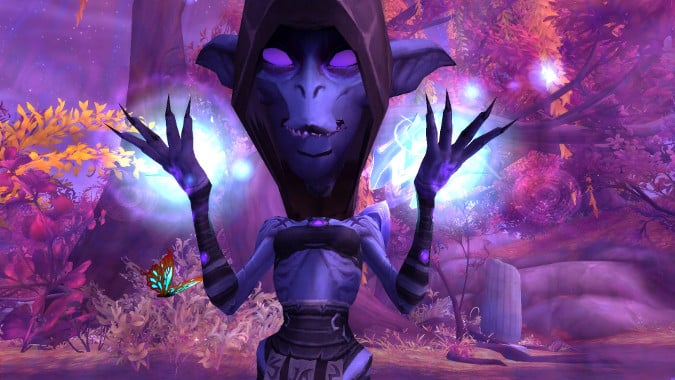 ZEL, REMEMBER DK MODE IN GOLDEN EYE? THAT WAS FUN:

Q4tQ: Why hasn’t HoTS done the big head mode April Fools again? It was amazing that one time, and doesn’t feel like something that would be that hard to replicate, while still making for a fun experience that day. Is it because we were bad and they’re punishing us? Absence makes the heart grow fonder?

Y’know, I’m not really sure. I was around for that, and I absolutely loved it. It was just plain ol’ stupid fun, and that’s a solid April Fools joke, if you ask me. Perhaps they haven’t done it again because — even for only a day — that sort of thing could mess up the esports/competitive scene. I mean, certain mounts and skins are banned in official tournament play because of how different they look from the normal heroes, so it’s not too unlikely that big heads could be considered part of that same vein.

MISTAH JAY, I’M DOIN’ THIS OUT OF ORDER:

I love the little nod to Sentry Totem, but the Knaifu stuff is also pretty damn great.

Do we know much the Broken Isles, Kul Tiras, and Zandalar were hurt by the Cataclysm?

I can’t speak for the first two (maybe Anne or Rossi can, though?), but Zandalar actually has one quest or another that mentions Zul’s visions being wrong. According to him, the whole continent was supposed to sink, which is why he peaced out for a while. Obviously, that didn’t happen, but Nazmir is — as far as I’m aware — far more swampy than it used to be. All in all, any damage caused by Deathwing isn’t nearly as noticeable as, say, the gaping chasm in the Barrens.

What timeline is really the present for Chromie?

Really, though, I don’t have a solid answer for this. Chromie probably does, but I don’t know if she’d be able to explain it without crazy diagrams and lots of headaches.