The Queue: Oh no, not again 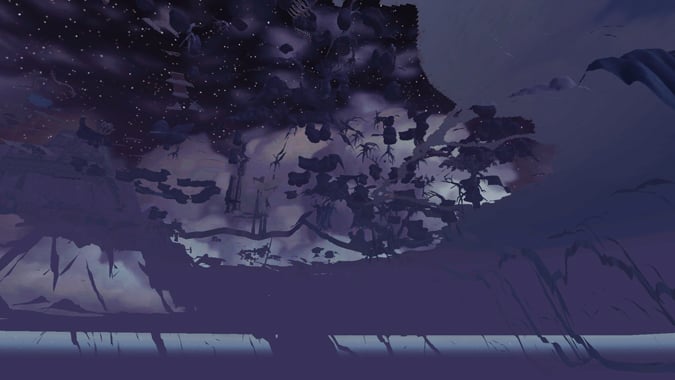 It seems like every time I get really comfortable exploring alpha, that’s when the game decides to introduce me to a staircase that isn’t actually solid, or a bit of ground that isn’t really ground at all. I don’t necessarily mind — I mean, it’s alpha, nothing really counts on alpha. At the same time, the end result is that I’m entirely too cautious and on-edge for the next several weeks until I start to relax again.

And then I get dropped in the bottomless pit beneath the earth. I mean, at this point, who needs Old Gods anyway? Let’s get to your questions.

Q4TQ: Other than Liu Lang returning with his turtle periodically, was there ever mention of anyone else finding their way to Pandaria before the mists lifted? I’m working on a backstory for my new night elf monk alt and was wondering how far-fetched it would be for her to shipwreck there pre-Cataclysm.

Nope! There are stories of Pandaren from the Wandering Isle making their way to Azeroth proper — Chen in particular — but nothing regarding Pandaria. Even the Pandaren from the Wandering Isle lost contact with Pandaria after Liu Lang passed on. It was viewed as kind of a legend at that point. There were tales of Pandaria, but nobody had actually ever been there, leaving some to question whether it still even existed at all.

Pandaria’s mists parted because of the Cataclysm. Until that point, it was like the place didn’t even exist. Shaohao really did a number when he set them adrift and shrouded the island from the rest of the world. The only reason Liu Lang was able to get back to Pandaria is because Shen-zin Su was born on Pandaria. Sea turtles always return to the beach where they were born, so he’d have a way to get back home — mists or no mists.

In other words, it would be…pretty far-fetched for anyone to have found Pandaria before the mists parted. It’s possible, if your Monk happened to run into a sea turtle born on Pandaria. I mean, that’s the only workaround currently present in lore. But a random shipwreck isn’t as likely.

Now that the Gilneans have been out, and about mingling with the rest of Azerothian society, shouldn’t the Worgen Curse be spreading too?

Not unless the cursed Gilneans decide to up and start biting people left and right. Right now, only Humans and Night Elves have been shown to be vulnerable to the curse — they’re the only two races that have contracted it. In theory, this means that Blood Elves, Void Elves, and Nightborne would also be susceptible, as well as the Kul Tirans we’re about to run into. But it can only be passed by being bitten, or drinking Worgen blood. I don’t really think any of the Worgen are too keen on spreading a curse around, though. It wouldn’t exactly do much for their reputations, for starters.

Probably a good 10-12 feet tall. Luckily, CGI can do many things — I mean it turned Mark Ruffalo into a very convincing Hulk. No reason to think it couldn’t do the same for actors playing Tauren. Unfortunately, there hasn’t been any word at all on whether or not we’ll ever see another Warcraft movie. I liked the first one, it improved on repeat viewings. I sort of wish we’d get at least one more, just to wrap up some of the things from the first film. I don’t really know how likely it is that we’ll see one, based on box office performance.

Q4tQ: If you are a returning player (took a couple expansions off) or boost a character once you purchase Battle for Azeroth, do you have to go back and do Legion content to unlock the new races? It seems like they say “available immediately”, but if you read the BfA page, it sounds like you have to jump through all the hoops. Thanks.

For the Allied Races that are available to play right now, yes. If you return today, you’ll need to go earn reputation and complete the requirements for Lightforged Draenei, Nightborne, Highmountain Tauren, or Void Elves. Boosting won’t give you the required reputation, you’ll have to do quests and earn it. It doesn’t take nearly as long now as it did at the beginning of the expansion, but it’s still a bit of a grind.

Note that I’m qualifying that for players that return right now. I don’t know if the same will hold true once Battle for Azeroth launches, or if they’ll lift or somehow relax the requirements a little. Obviously players that are jumping into Battle for Azeroth day one aren’t really going to want to go back and dink around in Legion content. But Blizzard has yet to officially announce or clarify how obtaining the four current Allied Race options will work in Battle, so we’ll have to wait and see on that one.

Q4tQ: I recently finished the Stonetalon Mountain quests on a Horde alt. The storyline ends with the destruction of a Night Elf village and a Horde general getting a smackdown from Garrosh about the murder of innocents and the meaning of honor in the Horde. I assume that this is from the beginning of Cata yet, by the end of that expansion, the same Garrosh Hellscream orders the use of the mana bomb on Theramore. So, what happened to him that I missed?

Stonetalon was an interesting case of the story simply shifting direction. The zone was designed by Alex Afrasiabi, who was also responsible for creating Garrosh. There was a miscommunication involved as far as the path they were taking Garrosh — Stonetalon was supposed to be the first part of Garrosh coming around. It wasn’t the road he ended up following. I did an interview on the old site with Afrasiabi at BlizzCon 2014 where he discussed Garrosh’s progression over the course of development, and briefly mentioned Stonetalon at the end — it’s still archived online.

You have the fabled “Magic wand of making something happen.” What is the ONE thing you make sure happens in BfA.

Okay so hear me out, because I keep saying this every now and again, but I totally mean it this time — you’re out and about questing. In the jungles of Zandalar, in the spooky forests of Kul Tiras, doesn’t matter, it’s just random, right? Maybe it’s at a real downer of a quest moment, one where you feel like things just look really bleak. Stuff is not good. The future is really not looking bright at all — one of those moments.

And then you hear a familiar bark.

Out of nowhere, your faithful Dog — the one you rescued all the way back in Mists of Pandaria, the one that’s since followed you into an alternate universe and back again, all the way to a flying city perched on the brink of the world’s destruction — comes running up, wagging his tail like an idiot and just being this ridiculous hairy ball of love and appreciation. He found you again, despite all your travels, and he’s determined to stick with you this time. Because the world might be really bad, things might look really terrible, but there’s at least one thing on Azeroth that loves you with all his heart, and he won’t let you face all that terrible alone.

And then he becomes a permanent non-combat pet. Because Dog deserves a forever home — the one that’s right at your side.

I mean yeah I’d love to see a bunch of other quest stuff come around again (Wrathion? Anyone? Wrathion?), but in an expansion where everything seems kind of dark, it’d be nice to have that punctuated with one really wonderful, fuzzy, mutt-shaped ball of light. Right?