Yes, Hunters, you may slay your enemies with magical unicorns in Battle for Azeroth 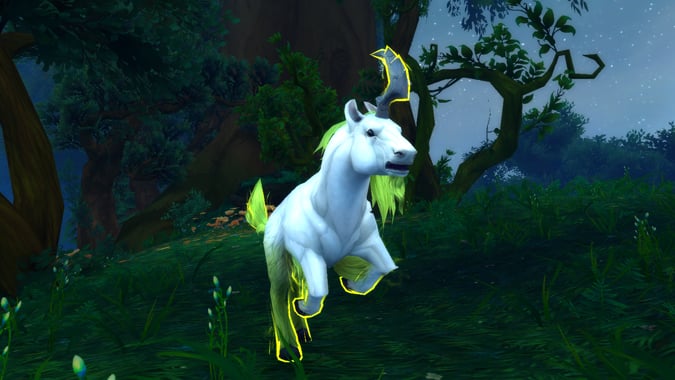 I absolutely love the unicorn model introduced in Legion. Some might call it a “monohorn,” but let’s be real here — it’s a fanciful gorgeous ethereal horse with a horn. It’s a unicorn, okay? Regardless, despite my Hunter’s ability to summon Dreamrunners with Dire Beast on occasion, I could never actually tame one of the things. It was especially frustrating once I found the Wild Dreamrunner mount in a Dreamweaver Cache. I mean, if I can ride one of these things around, you’d think I could convince one to be friends. But alas, the unicorn stayed ever out of reach — until Battle for Azeroth.

Yes, you heard me. Hunters will be able to tame unicorns in the next expansion. But that’s not all — other pet families are being added as well. Included in the list so far are Pterrordax, Trilobite, Lizard, and Toad. Remember the days of endlessly farming Gulp Frogs on the Timeless Isle? 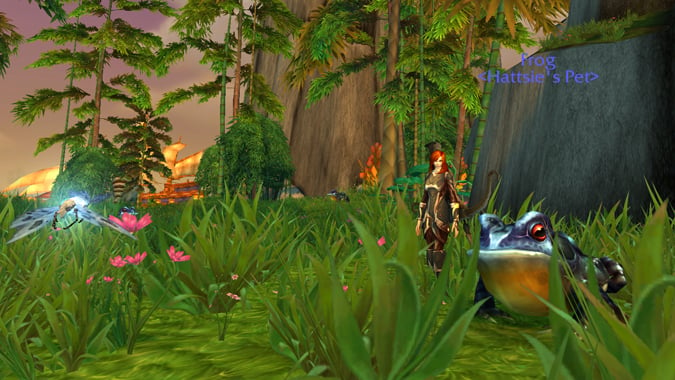 Yep, you can go tame one, and defeat your enemies with it. Don’t ask me how, exactly — I don’t really want to think about the unsettling logistics. As it is, I’m picturing some kind of horrifying hybrid of Yoshi and Kirby going on a killing rampage. Either way, I think death by amphibian is probably a humiliating way to go.

At the moment, the pets aren’t complete — they don’t have full sets of abilities. The Gulp Frog in the image above appears as a Wolf in my directory, and includes all standard Wolf attacks. I imagine they’ll be getting their own set of unique abilities later on. And for those wondering, right now it looks like only two of the four families listed above are exotic — Pterrordax and Trilobite. Lizards and Toads can be grabbed without having Beast Mastery.

Keep in mind that all of this is currently on the beta, which means it could potentially change before the expansion’s out. But I’m really happy to see some new additions for Hunters, particularly since we still don’t know what’s happening to Hati when this expansion is over. I don’t know if a tameable unicorn is going to make up for losing my sparky best friend — but it’s a good start. For more information on the new datamined pet families, including abilities, head over to Wowhead to check out the details.