What Overwatch LEGO sets do you want to see? 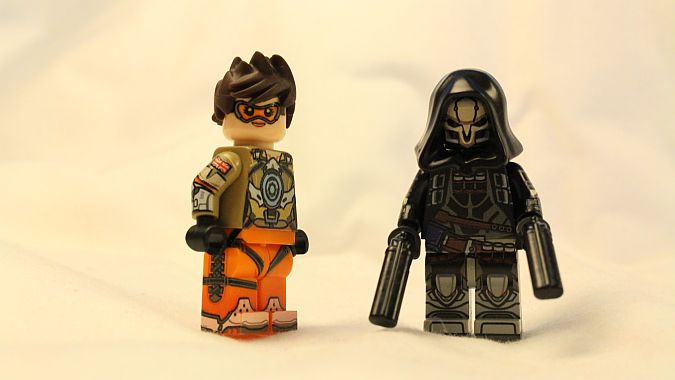 Yesterday, it was announced that Activision-Blizzard would be partnering with LEGO to release Overwatch LEGO sets. Outside of the announcement, though, we didn’t really get any details on the sets themselves. While this has left me wanting more information something fierce, it’s also given me room to fantasize about all the possible sets that could be coming to us.

Now, if you’re not familiar with LEGO, you might not understand what I mean by that. “It’s going to be an Overwatch map but in LEGO form, duh!” you might be thinking. Sure, I guess it could be that — but the size of a fully detailed recreating of a map would be massive. What’s more likely with LEGO sets is that we’ll see a scene recreated. Something like a fight over a payload or control point in the middle of the action would fit the LEGO style.

Then again, there are a whole heck of a lot of pretty-lookin’ buildings in the game that would make wonderful standalone sets. I’d be ecstatic if we got either of the temples from Hanamura made into sets. The first one would work especially well, in my opinion — you could easily cut out the entire rectangular courtyard and make it into a set. It would look great even without the other parts of the map attached. But there’s also always the chance we get actual characters made out of LEGO bricks (like the fan-made ones here) as opposed to the mini-figures you see above.

Personally, I’m really hoping we get the iconic buildings turned into standalone sets like LEGO’s Architecture series. Those sets are something else, and they always end up looking beautiful. How about you, though? Is there a particular scene you’d like to see in LEGO form? A particular map? What about the type of set? Do any of the ones I’ve mentioned here strike your fancy? Or do you have something entirely different in mind? Let me know in the comments!