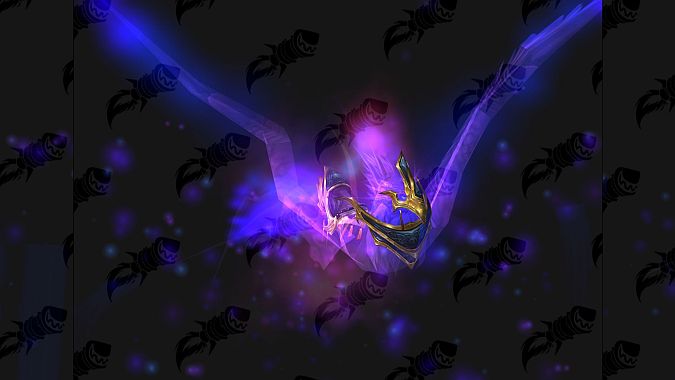 Every expansion, World of Warcraft gets a whole lot more stuff to collect. Transmog stuff, toy stuff, pet stuff, mount stuff… Stuff! And collecting all of that stuff has, historically, also come with related achievements. Those achievements, in turn, reward more stuff. It’s a real clusterstuff when you think about it. But that’s not the real point of this post.

This post is about the recently revealed 100 Exalted Reputations achievement and the mount it rewards. There seem to so far be two major points of discussion surrounding these two things. The first is that 100 Exalted reputations is a lot. Like, a lot a lot. Some players apparently feel it’s asking too much of players.

Allow me to rip the band-aid off and get to the more important point of discussion: No, 100 Exalted reputations is not too many. The current highest achievement is for 70 Exalted reputations, and there are going to be incremental additions for 80 and 90 reputations at Exalted. Plus, it’s possible for players to already have enough for that 90-Exalted achievement. All of that said, it would be nice to have the reputation count be account-bound since players so often switch characters. Outside of that, I don’t think the amount of reputations the game’s accumulated over time is too high.

What I do think, however, is that the reward for hitting 100 Exalted reputations feels worse than a “You Tried” consolation prize. That’s not because it’s not cool in its own right, mind you, but rather because it looks almost identical to the phoenix you can get from a guild vendor. In fact, it’s very nearly the exact same model that the Dark Phoenix originally had before it was updated to look less transparent.

There are very few mount models in the game that are truly unique. Even the spectacular-looking Heavenly Azure Cloud Serpent from the 300-mounts achievement is technically just a recolor of a Cloud Serpent mount. But y’know what? It still stands out among the other Cloud Serpent mounts. Plus, the Cloud Serpent mounts are just generally very cool looking. This Spectral Phoenix, though? It’s too similar to a mount that’s already just kind of okay.

I really wish Blizzard wouldn’t hesitate so much to make rewards like these more unique. At the moment — and this will change in Battle for Azeroth — Glory of the Thundering Raider is the only way players can obtain a Skyscreamer mount. I used that mount for so long as my default purely because I knew it was entirely unique, and it felt good to have earned it. Hitting 100 Exalted reputations isn’t going to be easy — especially if you’ve ever switched mains — and the reward should feel special once you finally earn it.

We’re still in the beta, and this mount was only recently datamined. It could very easily be a placeholder. Truthfully, I hope it is. The completionist in me is going to get it regardless, but it being unique and badass rather than the twin of a mount that’s been in the game for half a decade will be the difference between me using it and shelving it.

Blizzard Watch is made possible by people like you.
Please consider supporting our Patreon!
Filed Under: 100 Exalted Reputations, Battle For Azeroth, Spectral Phoenix
Advertisement