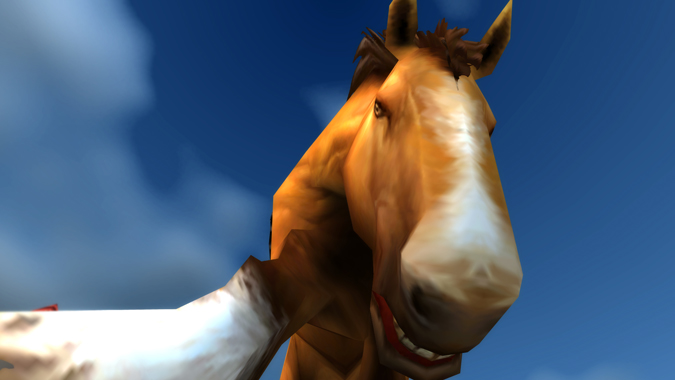 Q4tQ: Have you ever noticed that if you follow your quest arrow and head straight for your objective there is almost always something in your path that makes you go around in a longer route? Is this just due to the randomness of the world, or is it a conscious thing the devs do?

Well the arrow isn’t actually pointing you to the nearest path — it’s just pointing the way to where the objective happens to be. It’s just to give you a general idea of where to go, it’s not a GPS system or anything. Even without that, it’s still way better than blindly trying to figure out where things were at back in Classic. Memories of the Druid aquatic form quest still haunt my nightmares, every now and again.

Lore Q4tQ: What happened to Hatuun and the Argus Broken? Did we just abandon them…. again?

It wasn’t really stated, but I think they were left behind, yes — there are still demons to mop up, after all. And despite Argus being a ruined chunk of a planet, I’d like to think Hatuun and the others want to clean it up and…not necessarily restore it, but make it “home” again, in as much as they can. They spent thousands of years fighting for their world, I don’t think they’d just up and abandon it the moment they got it back, you know?

That, and I feel like whatever bad blood existed between Hatuun and Velen might still be there — lessened, yes, but still present. Hatuun wasn’t happy with Velen at all. He saw Velen as having turned his back on his own homeworld — what would it say about Hatuun if he did the same thing at first opportunity?

Diablo 3 almost felt too short to me when I played it, it was weird. Granted I didn’t buy the expansion for it, but still, I had the feeling of “whelp, I beat the big bad, now what?”

The joy of Diablo 3 isn’t so much in the story as it is the sheer delight of mowing through hundreds of demons in the blink of an eye. It’s very much a game about replay-ability more so than a lengthy, sweeping storyline like you’d find in traditional RPGs, despite the amount of lore surrounding the IP. The answer to “now what” is “go do it again, but at a higher difficulty level this time” — it’s kind of an endless grind in a way, but it’s a ridiculously fun one. And it’s really fun to play with friends, too!

I think I like the calls you made here — Nighthold in particular makes sense if the Horde officially “won” that raid, given their current Allied Race status. The Tomb of Sargeras makes sense for Alliance, given the cutscene with Velen at the end of it. The Emerald Nightmare was initially an issue involving Tyrande and Malfurion, so it makes sense that the Alliance gets that kill. As for the Trial of Valor…well, giving it to Horde for the even split seems to be a good call.

Antorus is a different creature altogether — I’d like to think, since we kind of blurred the line between factions this expansion and focused on classes instead, that it was a united effort. Like the Horde took one path and cleared it, the Alliance took another path and cleared it. Sort of like how the Alliance and Horde worked together during Warcraft 3 to defend Hyjal, you know?

In the Chromie scenario, our character is elevated to level 112 with a gear score of 1000. But with the ilvl squish, that is impossible. Did Chromie lie to us? What else did she lie about? The fifteen minute time cap on the scenario? Not knowing who was trying to kill her?

Well if we hadn’t saved her, maybe in that future we would’ve ended up level 112 with a gear score of 1000. But we did save her, so that future circumstance was eliminated, and the timelines were set to what we have now.

Basically I’m saying congrats guys, you saved Chromie and brought forth a future in which we’re looking at an item squish. It wasn’t there at first, but you pulled it into being.

Q4tQ: In WoD the Garrison followers was an easy way to include community figures in the game. It was pretty cool to me when I finally was able to recruit Michele Morrow to go on missions. Without going back to the huge mission table, how would you like to see Blizzard do that in the future?

I don’t know how much you’ve played around on the Battle for Azeroth beta, but both Boralus and Dazar’alor are gigantic. They’re full of NPCs — some have generic names, others have unique names, even if they don’t necessarily offer a quest. I mean, if you’re going to populate a couple of city’s worth of citizens, you might as well dip into the community well for names, right?

Sure, it’s not the same as sending community figures out on missions, but it’s still neat to see familiar names out in the wild. I really like seeing the occasional recognizable NPC name out there — it’s cool to see in-game shoutouts like that.