This weekend’s HCT Germany tour stop was Hearthstone’s first big competitive event following the release of The Boomsday Project. (There was the Boomsday Inn-vatational, but it was more of a show match with Boomsday-heavy decks that may be the best for standard play.) Players are still coming up with new ideas and experimenting with new cards, so I didn’t expect to see many completely new deck archetypes. On the HCT stage, we saw pre-existing staples like Odd Paladin, Spell Hunter, and Zoo Warlock make appearances.

But was there anything new? Were there any old archetypes from previous expansions ready to make a triumphant return?

All 16 competitors brought some kind of Druid to the tournament. Of those Druid lists, 12 were Malygos Druid. Variants of Malygos Druid have been around for several expansions, but with the addition of cards like Biology Project, Flobbidinous Floop, and Prince Taldaram, it’s become a more consistent winner. Once Alexstrasza cuts your opponent down to 15 health, it places them in prime range for Malygos to buff your Moonfire or Swipe to lethal levels. Ideally, Twig of the World Tree would activate on the same turn you play Malygos, allowing you to take down your opponent before they know what’s happening. Dreampetal Florist is another way to help reduce the cost of your big dragons (or The Lich King himself). There are just so many different paths to victory here. Both Prince Taldaram and Flobbidinous Floop (otherwise known as Dr. Floop) can copy Malygos for added spell damage.

Trec, the HCT Germany champion, bulldozed to the top with this Token Druid deck. It was popular during The Witchwood and didn’t receive many significant changes aside from the addition of Giggling Inventor (which by the way, is definitely worth a golden craft). It gets there by creating a wide board via Wispering Woods or Spreading Plague with the insurance of Soul of the Forest to make sure you have an army that sticks. Next turn, you follow up with a Branching Paths or Savage Roar that raises the attack of your entire board significantly. Token Druid is still an explosive deck and I’m surprised there was only one appearance of it in the entire event. 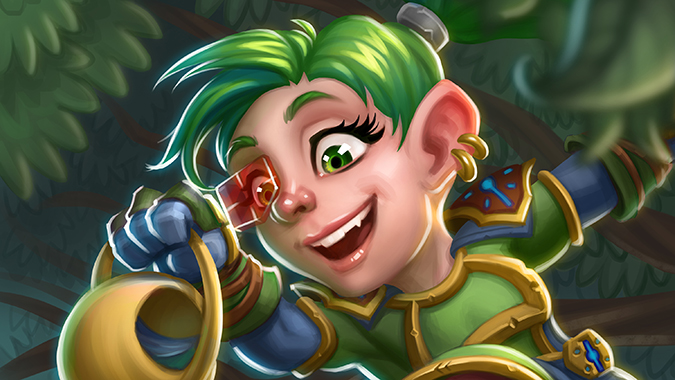 I can’t believe this deck is a thing. Togwaggle Druid should just be taken out and flogged repeatedly. I ran a Fireside Gathering standard tournament at the same time as HCT Germany and two of my players had the misfortune of playing this awful Togwaggle mirror matchup . For those of you not in the know, the victory condition lies in King Togwaggle entering the board. You need your Dreampetal Florist to connect with either Azalina or Togwaggle. Once your opponent’s deck is changed with Togs, they’re stuck with the junk in the rest of your deck. If you happen to be fortunate enough, you can Naturalize a minion early on so that they don’t end up getting Togwaggle’s ransom card because their hand will be too full. Even if you aren’t able to make that play, Azalina Soulthief makes it even better because once Togs swaps their deck and grants them the ransom card, Azalina fetches you their hand which also includes the Ransom card. So if they play it, you can simply Ransom it back the other way and they’re stuck in square one. Eventually you win by sheer attrition as you lob their win conditions back against their face. Normally, one would think this kind of deck would be built for Priests or Rogues. But nope, this is a Druid deck.

You think that’s depressing, but let me circle back to my initial point. Try playing the mirror match. Both Druid players will be going back and forth with Togs and Azalina with zero end in sight. In a Togwaggle mirror match, there are no winners. Only losers.

Warlocks had an exceptionally powerful showing in 13 different lineups. Even Warlock and Zoolock were almost neck and neck in terms of representation with Control Warlock and Cubelock making one appearance each. Zoo continues to be a force especially on ladder. It has the bonus of being one of the more affordable decks to assemble as the only legendaries it relies on are Prince Keleseth and the recently released Warlock spell The Soularium. You want to try to mulligan as hard as you can for the Prince right away. But even if you don’t, if you can get a free Happy Ghoul out from the various healing activators, you’ll be in a significantly advantageous position. Lifedrinker, Fungal Enchanter, and Voodoo Doctor all contribute to that. I don’t know if I can put to words how beautifully designed this deck is. As you start running out of gas towards the middle of the game, The Soularium will help you reload your hand and the affordability of the minions lets you replenish your board if you happen to catch the wrong end of a clear. This is a great deck to climb with on ladder as well.

Of course, if you’re not a fan of Zoo, you’re welcome to try piloting Zoo’s bigger brother — Even Warlock. The deck has much more late game presence with control elements. It actually didn’t change much at all with the only major additions from the expansion being Spirit Bomb or Demonic Project. 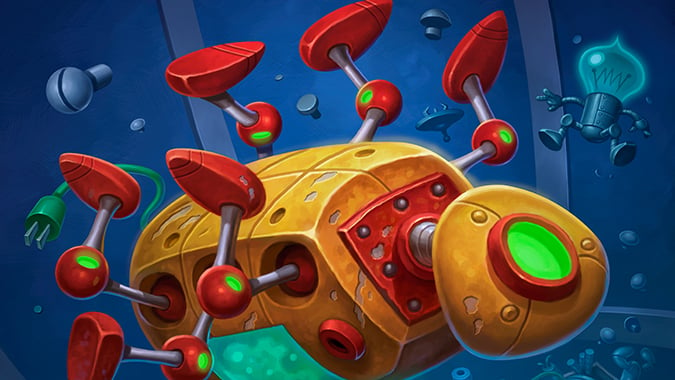 You want to talk about skill intensive decks? I’ve got one for you right here. Topsy Turvy Priest requires some serious APM (that’s Actions Per Minute) in order to play it correctly and not throw the game. You need to be both decisive and quick otherwise you will rope. After playing against a few of these on ladder, there’s been a few times where my opponents mess up and run out of time. After controlling the board with Spirit Lash, Psychic Scream, or Wild Pyromancer, you eventually need to have several Radiant Elementals (3) in play. This makes Vivid Nightmare free but you need to use one to copy the Elementals. Test Subject can be copied with Vivid Nightmare or resurrected with Twilight’s Call. Eventually, you keep dumping spells like Power Word Shield: Divine Spirit, and Topsy Turvy to keep replenishing your hand until you can bring in a 1/32 Stonetusk Boar that gets Topsy Turvy’d and can go right into your opponent for lethal. Cards like Witchwood Piper and Dead Ringer help you pull the necessary combo cards into your hand.

The last deck I want to point out today is JDart’s Odd Paladin. It comes with a twist though as it doesn’t use many of the traditional Odd Paladin pieces. Instead, it shifts towards Mechs. Your initial Mech minions grow stronger with Bronze Gatekeepers and Wargears or even Zilliax coming into play. It’s a fairly straight-forward deck to play. Keep reloading the board with your hero power or generate stronger and more powerful mechs.

Season 2 playoffs will be taking place throughout the weekends of September, so I’m sure we’ll see more decks as the meta shakes out in the weeks ahead.

What decks have you been playing since the expansion launched?