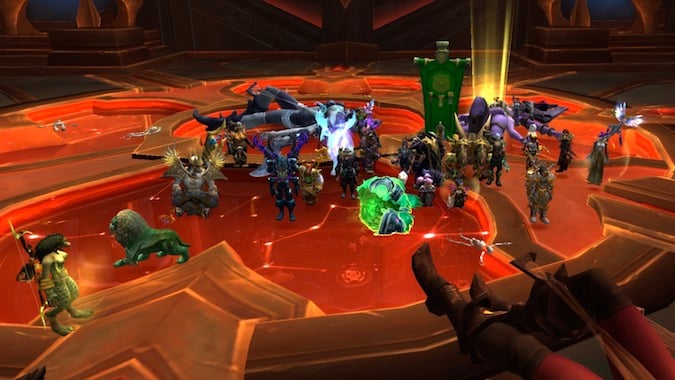 Let’s get the positive information out right away because it’s great news. In this week’s Q&A, Ion Hazzikostas said that Communities will soon be able to ban people account-wide, possibly in the next patch. If you remember my column about the new guild and communities, one of the biggest problems was the inability to ban people from a Community and make that ban stick. It’s strange to think this wasn’t completely tested to know how end-arounds would work beforehand, but Ion said they developed this initial Community structure as a base and they want to see where it goes rather than dictating how they think it should be used.

What about guilds? “Guilds are, absolutely, the backbone of community in WoW,” Ion said, and two features that were lost in the UI overhaul are now back. The first is a return to allowing players to edit their own notes. They can use this to list, among other things, professions, which toon is their main, which toon is their raider, maybe a pithy quote. This was removed, but it’s back. The next item revolves around guild management. If you wanted a rank where a player was muted, the ability to do that was removed. There was still a check box to mute someone, but it didn’t work. This was returned to a guild leader’s control.

And then Ion asked for more feedback from the community. Excuse me for scratching my head, yet again. You can go to the forum and find 68 pages of comments about the new guild UI. Let me summarize a few of the things the community is asking for, as well as reiterate ideas based on my attempts to give the new UI a chance. 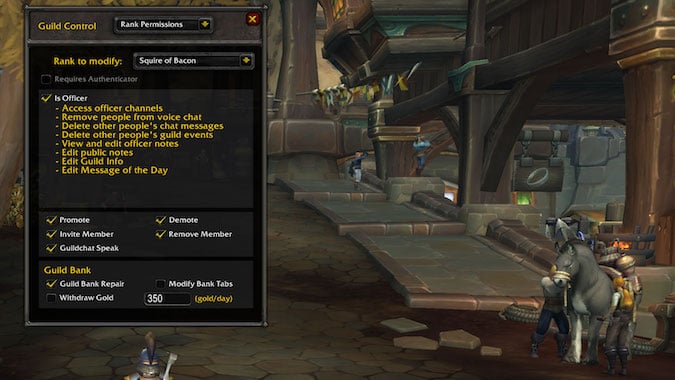 One of the big issues with the guild overhaul is the simplification of permissions. The officer permissions were lumped together so now you’re either an officer, with the ability to do everything, or you’re not. Junior officers may not need to remove people from voice chat, or edit guild information, but need more than what is available to the rank and file. Allowing more customization of what players can do within their ranks would lead to, ta da, more ranks, something I’ve long wanted.

There’s also the lack of layers for officer chat. I run a small guild so this doesn’t affect me, but those of you with large guilds who have junior officers are begging for the ability to add additional chat layers where junior officers can go. Currently, if you invite a junior officer into officer chat, the persistent chat box is going to show them everything you’ve discussed. That is not appropriate, but who wants to go through and delete, say, 8,000 lines of chat so someone doesn’t read confidential discussions.

Then there’s guild chat in general. We want the ability to search persistent chat. I also feel guild leaders should have the ability to decide, between some presets, just how far back chat is saved. I’ve given up on trying to stay on top of everything said in chat. An active guild, such as mine, generates a lot of chat. A lengthy record is great, if someone creates drama. You can actually see what was said, but I’m logging into way, way, too much and I’m overwhelmed. I can quest or I can read persistent chat. A sort function based on keywords, or the ability to decide to save chat for, say, the last 48 hours would be useful. In tandem with this, a mass delete function or the ability to delete beyond a certain time point is necessary. 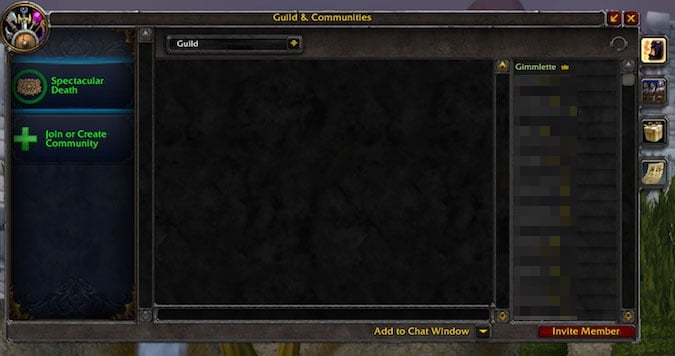 And because Ion asked for more feedback, I have some thoughts beyond what everyone’s talking about on the forums:

I get that Blizzard wanted to simplify guild management, but, if you read even a couple pages of the forum thread, that’s not what players want. As many commenters said, it feels as if guilds were all lumped into the same pile and we aren’t all the same. Some guilds need highly specific tabs, lots of ranks, layers of chat. Some of us don’t.

With the addition of Communities, Ion explained that the guild interface had to be rebuilt. It’s too bad that it’s still way off what it needs to be.

Blizzard Watch is made possible by people like you.
Please consider supporting our Patreon!
Filed Under: Communities, Guild, Guild Forums, Guild Interface
Advertisement