Blizzard patched together some Auction House solutions, but maybe it’s time for an overhaul 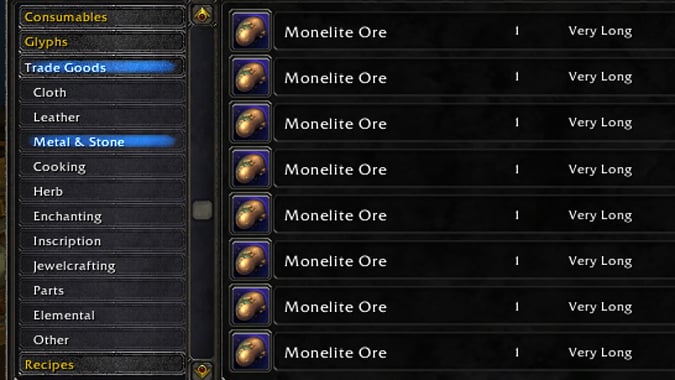 Battle for Azeroth’s launch was slightly less than perfect for some players. High population realms struggled to stay online, and the Auction House and guild bank features crawled to the point of not being useable during the first days of launch. Realm stability has been addressed, and now Blizzard is working on addressing the Auction House with a bandaid hotfix that went live today. But can a behemoth of a system like the Auction House really be fixed by slapping together a few minor improvements?

The Auction House is one of the oldest still-standing features of classic WoW — it’s had a few adjustments over the years in terms of categories, but by and large the functionality remains unchanged. Meanwhile, the game has done nothing but continue to grow. As it’s grown, it’s added thousands upon thousands of new items, new armor, new ingredients for crafting — all new stuff to be bought and sold on a system that has, by this point, nearly graduated high school in terms of age.

After looking at the sluggish performance, Blizzard has determined that a lot of the issues stem from players listing auction after auction of single items. This means page after page of listings that players have to scroll through in order to find what they’re looking for. It also means that in some cases, players are purchasing their sought-after items one by one by one. Blizzard is taking an unusual approach to address the issue: increasing the deposit cost of profession materials on a per-stack basis.

To address some issues related to the Auction House, we’re reconsidering how deposits—the refundable fees you pay to list your auctions—are calculated. This fee is based on the item’s vendor price, and for profession materials in particular, vendors offer very low prices, so these mats have a low deposit cost. Deposits are substantial on items such as BoE uncommon gear, gems, and so forth, but not trade skill materials (trade goods such as cloth, ore, leather, etc.).

One thing we’ve identified as particularly troublesome is a large volume of trade skill materials being auctioned off in stacks of 1. Some addons make posting quantities of this size trivial to do, resulting in dozens, if not hundreds, of pages of auctions for a single item. As we looked at ways to change this behavior and improve the overall Auction House experience, we found that we prefer to avoid inflexible solutions such as caps on the number of listings a player can make, or increased minimum stack counts, which might interfere with many players’ common gameplay habits.

Our current plan is to increase the deposit cost of some profession materials on a per-stack basis, which should provide incentive for players to post items in larger stacks.

• Let’s say that a player is trying to sell 200 Tidespray Linen for 10g (gold) each. Today, each item has the normal deposit cost of 1c (copper), with a 1s (silver) minimum deposit, so 1 auction of 200 linen requires a deposit of 1s, and 200 auctions of 1 linen each adds up to a total deposit of 2g.

• Now imagine an additional 20% deposit added to the listing fee per auction. With an asking price of 10g each, that raises the deposit by 2g per stack. In the case of 1 stack of 200 linen, the total buyout price is 2000g, and the new deposit is 2g1s. In the case of 200 individual stacks, the new deposit of an additional 2g per stack brings the total deposit up to 402g.

In either case, the deposit is returned to the seller if the item sells. Successful auctions aren’t affected by this change.

The change went live with the 20% deposit Ythisens mentioned — and on the one hand, this might alleviate the issue. On the other, most people that sell items by the hundreds in single stacks already have enough gold squirreled away that an increased deposit simply isn’t going to matter much in the long run. Players have their deposits returned once an item sells, so it’s not exactly a permanent deterrent.

But Ythisens and Blizzard do have one thing right — players are increasingly fond of addons for doing their Auction House business, and it’s absolutely because the default interface has fallen so far behind in terms of functionality. Players loved the mobile and web-based Auction House, because it was so much easier to use. Unfortunately, Blizzard killed the Remote Auction House earlier this year. Players that were using that as a workaround for sluggish in-game performance now have few other options than dealing with the in-game interface directly.

While players on lower-population realms might not be experiencing the extreme crawl, players on high-pop realms most definitely are. The TradeSkillMaster addon helps the situation by calling for prices from a remote database, so it doesn’t have to crawl through each individual auction to get its pricing info. Players download an app that keeps pricing info current — which sounds a lot like what the Remote Auction House used to do.

For some players on high-pop realms, this is the only way they can actually use the Auction House with any degree of functionality. A change to deposit costs isn’t necessarily going to fix that.

While the game itself has gotten a litany of updates over the years in terms of model updates, new locations, new systems like mission tables, glyphs, Artifact power, Azerite armor, and even the garrisons of Warlords, the Auction House has never gotten the same touch. And it desperately needs a revamp. This is a system that players use in varying degrees day in and day out, and have been using since the game launched in 2004. For players on high pop-realms, it’s a system they can barely use anymore without assistance from out-of-game addons. Short-term solutions are all well and good, but hopefully that nebulous future in which those overall improvements arrive comes sooner rather than later.