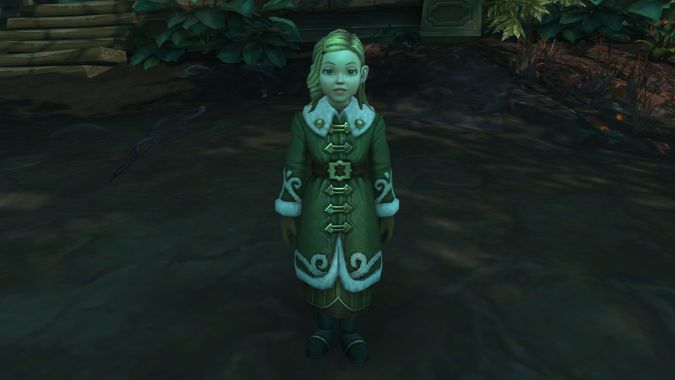 I don’t even know what that means.

I’m sorry, did you mean to include Taelia? Because the answer is Taelia. Barring that addendum, Lucille all the way(crest).

TKC WANTS ALL THE REPUTATION:

Q4tQ: the DMF is up and Tuesday should bring about WQ week and bonus rep. Do the rep bonuses stack?

I’ve got about 10k left to go on 7th Legion rep to get a DI dorf. I’m thinking a fire mage. Can the DI be mages?

I actually checked this to make absolutely sure — yes, they do stack. Granted, it’s a small increase — from 75 baseline rep to 112 with the bonus event to 120 with the addition of the Darkmoon buff — but it’s an increase all the same.

I would be sad in my heart if Azeroth was corrupted already.

I have a question for the Queue:

I would like to say that Blizz will avoid the RNG issues Paragon rewards had in Legion, but I know better than to get my hopes up. I hate the Paragon system with a passion, but nothing Blizzard’s said has indicated they’re going to change it in any way.

Q4tQ: What Blizzcon panels are you looking forward to? What panels would you like to see added to Blizzcon?

I haven’t looked too closely at the schedule, to be honest. But I actually find myself in the esports stages more than any others. There’s nothing quite like the esports crowds and the energy of a close match. Even though I haven’t kept up as closely with the various esports scenes, I’m still most excited for those. It’s a blast just being a part of the crowd.

ILLIDARI SHOCKTROOPER, BELIEVE IT OR NOT…

If the Dark Iron live underground then they can’t grow plants, right? There’s no sunlight. So how do they make beer for brewfest without hops?

This is a VERY important lore issue.

There are actually several plants that can grow without sunlight! Now, I’m not sure which of those are hop-producing (if any), but this is Azeroth — I’m sure some plant or another grows underground and also produces hops.

Alternatively, these plants are very rare, and this is why they like to crash Brewfest. They’re just sad they miss out on beer :(

FuzzyBunny: If they changed Azerite armor awards to 370, why are there no 370s on my world map? I am currently 355.

Apparently the hotfix made it so Azerite Armor from Emissary rewards scales based on your overall item level, including items in bags. However, the scaling is done in such a way that you’re unlikely to get a 370 piece unless you’re actually above ilvl 370, which… isn’t great. I imagine most people will be getting ilvl 355 Emissary rewards.

To your point, FuzzyBunny, the hotfix was only for Emissary caches. World Quests don’t scale quite as high.

ENO HAD A COUPLE DREADFUL QUESTIONS:

So were there even any teases for Mal’Ganis coming to Heroes? Because the reveal seemed sudden today

Well, I wonder if he’s going to have some amusing lines when interacting with Diablo and other demons… and Arthas. XD

For some reason that will never stop annoying me, the Heroes team likes to tease things over the weekend. There were, in fact three different teasers before the actual Hero Spotlight went out. You probably didn’t see them because you’re a normal human who expects a large business to conduct teasers during normal business hours.

Why Mal’Ganis? Because he’s one of the most well-known Dreadlords out there, arguably responsible for Azeroth being what it is today in a very big way.

Q4tQ: why is Alcaz Island, off the coast of Dustwallow, patrolled by level 110 elites? Were they always there?

ETA- okay, apparently a Legion hunter thing. Apparently I haven’t been there for a while :D

I know you had this answered, but I would also like to point out that this island has an enemy which drops a Big Red Raygun toy — it’s not just for Hunters.

That’s it for today! I’m going to go continue being salty that the new Vol’jin questline bugged out and I’ll have to do the final LFR wing all over again…