The state of Huntering: Pets 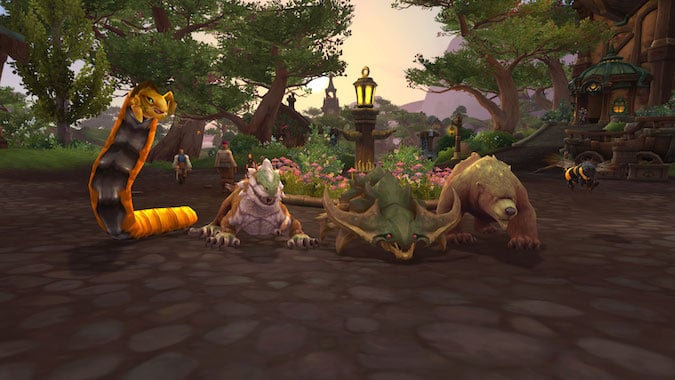 When discussing the Hunter class in general at this point in Battle for Azeroth, I touched — very briefly — on gameplay. While there are issues surrounding our class (with the exception of Marksmanship) we’re in a reasonably good spot in terms of button mashing. The same cannot be said for our pets. Let’s take a look at a few issues which have yet to be addressed.

The community as a whole is not enamored with the spec change to pets. The change fixed pets into one family and removed the ability to make your Moth a tank pet or your Bear be Cunning. I feel, of all the other issues, this is the one the Hunter community dislikes the most. Being able to switch pet specs gave us extra utility. It didn’t matter what pet you had with you, it could tank whatever needed to be tanked.

In Legion, a pet was often an extension of my transmog, and because my Cat could tank, I didn’t hesitate to bring it out for a few days just to remember why I tamed it in the first place. As I scrolled through my stable shortly after BFA launched, I looked at all the pets I have — and some of them won’t see the light of day now because I don’t have a reason to run with them.

Pet abilities are a shadow of what they used to be. What, exactly, is the Tenacity spec? I have tanked with Ursamajor since I tamed him as a wee Loch Modan Bear over 10 years ago. I used to take him into Burning Crusades dungeons. Once Wrath of the Lich King gave us a stable master, he was replaced in dungeons and raids with my Core Hound, Huckleberry. Each pet brought something to the encounter. Now Tenacity isn’t tenacious.

They can’t hold aggro without nearly constant applications of Misdrection. I love the change which has Growl switch off when you go into a dungeon or raid, but I greatly miss how much threat that generated while out in the world. This loss and the inability to change the pet to other talents means you find one pet that works and then you keep using that pet. Pets are incredibly squishy, too. I want my pets to hold aggro and not die after 30 seconds, period. 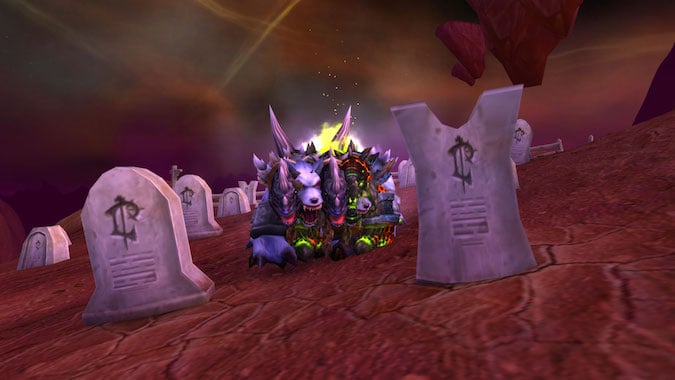 Can we talk about pathing and line-of-sight problems? What do you mean “No Path Available” when I am fighting on a road? I could see if I’m in a forest, but it’s a wide-open area. I’ve watched my Bear get stuck in places it reasonably shouldn’t or plow right through a tree (which it also shouldn’t be able to do). When you’re fighting mobs while doing World Quests, you want to know your pet is going to engage — and our pets don’t reliably do this.

I get that every expansion introduces a new system but it feels like pet abilities were gutted for… Well, no clue. I’ll toss out the removal of Battle Rez from Core Hounds and Quilen as an example. I think that’s the one talent change I’m most irritated about. We couldn’t use this talent indiscriminately because it was on the same cooldown as a Healer’s Battle Rez, but when all your rezzers are down, having a pet with that ability saved more than one of my guild’s boss encounters. I’m sure you Hunters have your own favorite talent which was moved or changed. 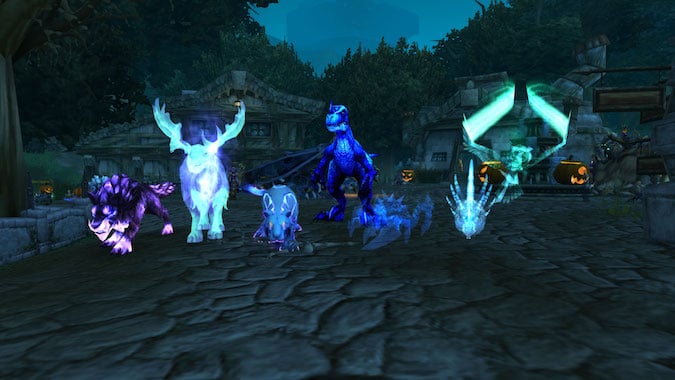 I guess I can kind of understand Raptors being moved to Cunning — mostly if I picture the kitchen scene from the first Jurassic Park movie. But I don’t get my Bee being Ferocious when other winged pets — like Birds of Prey — are Cunning. There are quite a few pet family changes like this which make me scratch my head in puzzlement.

The individual specs have individual problems. BM and SV have major issues with pets getting stuck. SV and MM don’t have good optimization of pet spells and fall below BM in the ratio of pet to Hunter damage. While this is mitigated, to some degree, by the skill of the player and the talents of the spec, if we’re supposed to have a pet, it should feel a part of that spec. Lone Wolf hasn’t been implemented as well as it could have been. Marksman Hunter still isn’t that pet-less sniper we hoped was coming. To improve damage, the Lone Wolf has to add a pet — and that means they aren’t a Lone Wolf.

I’ve very briefly touched on things which are good and bad about the state of Huntering as 8.1 and Marksman changes ratchet up on the PTR. But I’ve only scratched the surface. I haven’t touched on armor, for instance. That could be an article on its own. Obviously, I like the class — it’s my main, after all. In fact, it’s hard for me to change toons because I tend to play every class with a Hunter mindset. (This is not a good thing to do with a Discipline Priest, for the record.)

We’re not as good as the class could be but we’re not broken like other classes. For all the issues, 10% of us are in Azeroth, successfully taking on whatever mobs are out there.

Blizzard Watch is made possible by people like you.
Please consider supporting our Patreon!
Filed Under: Hunter, Hunter Pets, Pet Specs
Advertisement