The Queue: In the gulf before the ships launch 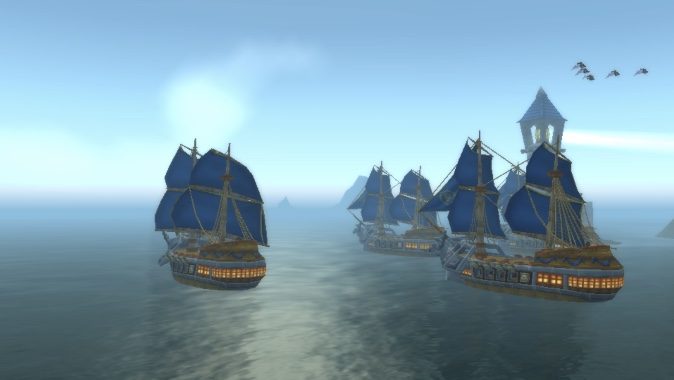 BlizzCon is always one of those moments that kind of erases the normal scheduling in my head, which is why I completely forgot I still have to write the Queue until like just now. Just now is like an hour before it’s supposed to go live.

So, I’ve been meaning to mention this for a while now. But has anyone else noticed since 8.0 that you no longer share money? Whenever you loot money in a group, you get the full amount now. I’ve seen a couple instances where it says “your share…”, but I think that was in timewalking, but otherwise any other time seems like you get it all.

I’m like 90% sure that’s a personal loot change, but I have to admit I hadn’t really noticed it. I was too busy being salty that Legion content didn’t go into the Legacy system which is just absurd. I really wanted to transmog farm old Legion content.

Q4tQ: What would you say is the easiest class/spec to level/solo as nowadays, in terms of high survivability and the ability to not instantly die when extra mobs are pulled?
Still BM Hunter?

Going to start a new Horde character and I just want an easy ride to 120 with minimal complications (playing solo with little to no group content).

Blood DK was nigh on unkillable when I leveled as Blood. I could pull groups of up to 8 to 10 mobs, even when I was close to 120 and had the crappiest gear. It could sometimes take a while to kill it all, so I’d end up in a feedback loop where the respawns started to happen just as the last mob died so I never really got to leave until I finally ran out of an area and Shadowmelded, but I never died.

My Ret Paladin feels like he’s made of glass in comparison.

Prot Warriors work, but it makes the Blood DK look speedy, so I recommend either Arms or Fury. Both have decent survival and Fury benefits from speccing into Impending Victory.

With Classic being all the rage these days, I wonder… think they will ever design a new zone built on Classic quest design concepts? Ya know less breadcrumbs, some lore reason for why the blue blobs dont work on the mini-map, no flying, mobs tuned up high enough to keep you on your toes. I know they wont go back to this completely, but it might be cool to see it in a zone again.
This thought spawned in my head because I feel like because of the modern conveniences I don’t really find myself getting to really know a zone. The layout doesn’t get memorized in my head, I don’t really get the chance to let the scenery sink in. They do such an amazing job with the zone design and it just never sticks with me like old zones did.

Sometimes I wonder if I’m the last person who played in Vanilla who freaking hated zone design in Vanilla. Huge, awkward, often pointless, no reason to know that atop a shack halfway across the zone is the quest I need to get that will start a quest chain that will take me all over Azeroth but won’t once tell me that… I do not understand why people keep saying things like “I wish they’d turn off the quest markers” or “I wish mobs were harder” and it’s one of the reasons I know I’m not going to be playing a lot of WoW Classic.

I am not the audience for literal hours spent looking for hooves on Zhevra that seemingly are mutants devoid of hooves and trying desperately to figure out which shack in the Barrens a dead Orc is hiding in.

I did all of this content when it was new, I played in all these zones, and far from having them stick with me often I desperately wanted to forget them, to expunge Un’Goro or Tanaris (TANARIS!) from my memory forever. Or the rage inducing Thousand Needles, oh my.

But if that kind of design is your cup of tea, Classic will be back soon for you to enjoy.

Q4tQ: How much Heritage Armor previews do you expect? Just a couple, or most of the remaining lesser races?

They already did Blood Elves and Dwarves, Kal. The lesser races are covered.

For a more serious answer, I really have no idea, but I wouldn’t be surprised if Night Elves and Forsaken get a turn soon.

Q4TQ: Do you expect any surprise at all tomorrow?

There will be surprises, but not in my opinion capital “S” surprises — I wouldn’t expect a new IP or Diablo 4, but I know we’re going to hear details about patch 8.3 in WoW, and I expect a new hero for Overwatch as well as a new animated short, possibly a Diablo 2 remaster, and a few other choice tidbits.

I didn’t buy the Virtual Ticket this year. Ever since the first time I bought it, I had only skipped one year, so this is the second time.

Q4TQ: did you get the Virtual Ticket? If so, what was your main motivation? Just watching Blizzcon, just playing WoW Classic, both, or neither?

My wife got it, and I’m going to be watching while she’s at work, because it’s kind of my job.

Okay, that’s the pre-BlizzCon Queue for today. Once the actual con starts none of y’all are going to even remember I exist.