The Queue: It’s been a weird week

This Wednesday, I went in for my eye injections and I had a major panic attack. It was astonishingly debilitating and I’m just now getting back into some sort of semblance of functionality. The constant eye pain didn’t help. So that’s been my week, I hope yours was better.

Ironically, I haven’t gotten to play WoW Classic at all. My wife played some — we only got the one Virtual Ticket this year, due to financial constraints — and then retreated back into current WoW, where Hunters don’t have deadspots anymore. I’m told it seemed pretty faithful to the old game to her.

Let’s talk Blizzard games, shall we?

When people decide which class/spec they want to play (excluding the more hardcore people who will play whatever is demanded of them for progression), they usually pick either:
1) the spec that they enjoy playing the most (because of its rotation, abilities), or;
2) the spec whose flavor/lore/fantasy they enjoy the most (i.e., “I like being a FROST DK, to be like Arthas; I don’t like being an Unholy DK because I find them disgusting”).

Those two factors are often at odds with each other. There are people who really enjoy the flavor of Arcane mages, but can’t stand the gameplay, and end up playing Fire instead.

My question is: do you think Blizzard should separate those two things? For instance: imagine that they had a new kind of talent tree, where you pick which rotational abilitiesyou want, and you craft your own rotation the way you like it: with many procs or no procs, with a lot of randomness or no randomness, with more downtime or less downtime.

Do you think this would be a good idea? I’ve been thinking a lot about this, and the more I think about it, the more I think that they should separate things. Spec choice should be more of a “skin” (that defines the flavor of your abilities), while rotation should be crafted by your talent choices; so you could end up having a Fire and a Frost mage with identical rotations, or two Arcane Mages with completely different rotations.

I see two major problems with this approach right off of the bat. First, it would dramatically increase the complexity of class balance to the point where I suspect even trying to balance the various specs and classes would become a Sisyphean task that would utterly be completely impossible. Secondly, it likely would render any meaningful distinction between specs utterly trivial — your Unholy DK would play differently from my Unholy DK, but pretty much exactly the same as that girl’s Frost DK, with just different colored effects and spells.

Part of making a distinctive spec for a class is in spells and abilities that lend themselves to the class flavor. If all spells are on a buffet, up for grabs for anyone in any spec, you’re diluting the opportunity to design really evocative spells and abilities that reinforce the class and spec feel and reducing uniqueness between those specs while at the same time making balance a nightmare. How do you make sure the high cooldown, low proc Titan’s Grip Arms Warrior dual-wielding 2h weapons and Mortal Striking everyone is balanced against the Sword and Board Fury Warrior who went with no procs, but a ton of crit and haste to compensate?

As much as we might want the ability to have all the toys in the toybox in every spec, limitations in the game’s design aren’t just there to stymie us and our wants — they provide meaningful distinctions and help to distinguish specs from each other while also making game balance merely difficult instead of nightmarish. There are limits to how much time can be spent balancing, and sometimes it feels like WoW is already too complicated. I think your proposal would lead to an army of incredibly similar characters, as everyone picked either the simplest, no frills build to minimize RNG or went for the craziest proc based builds imaginable to try and profit the most from it.

And your Arcane Mage wouldn’t feel very different from any other Mage, to the point where spec wouldn’t mean anything anymore.

I need more of the Legion model in BFA… because right now – I haven’t logged on in weeks. I’m all raid geared up and theres really nothing to do until a month from now…

I don’t believe Legion was much different after launch. The only difference I can recall was that I was heartily sick of Suramar by this point in Legion, and furious that I had to grind rep with them. Battle is, at worst, very slightly slower than Legion was at this point in its life cycle.

There’s objectively more stuff to do right now than there was in Legion at this point, per player. But Legion had the advantage of essentially having 36 specs worth of Artifact lore for altaholics, whereas Battle For Azeroth simply doesn’t  have so many different quests and stories for each class.

Q4tQ: Do “STOP ATTACKING” mechanics have a place in the modern game? I’ve been spending my time waiting for 8.1 by leveling new characters to 110 (because I can’t really spend too much time on post 110 alts in good conscience without flight or heirlooms) and I’m running into a few situations of hardline “reflect” effects from past expansions, even on trash, and I just laugh at these (as I stop attacking) because “try telling today’s player to stop attacking for their own good” pops into my head. I think I heard somewhere that the new themed M+ Affix is going to be a damage reflection of some kind (though I might be out of date in my info), and it got me to thinking… is there a place any more in the “main thoroughfare” (meaning in queued, casual, non capital-T “team” content) for telling players who may or may not abide “stop attacking and wait or else?”

This is the kind of question that I see asked over and over again over the course of my career writing about World of Warcraft. I saw people asking it in Cataclysm about Ozruk and using the exact same argument — “Players today don’t have the patience to stop attacking, should this be in the game?” — and that was back in 2010/2011.

The implication is always that today’s players are somehow massively different from players in the old days, but they’re not. Players in 2004, 2005, 2006 were just as likely to ignore mechanics and keep blasting away until they were dead — I remember many raid nights my raid leaders would lose their minds trying to get players to pay attention to the mechanics, let the tanks get aggro before unleashing heck, etc etc. It’s not a new phenomenon and it’s not qualitatively different now than it was then.

It’s not even just DPS — I remember at least two fights in Blackwing Lair where the healers were supposed to stop healing and wouldn’t. One time our healers kept a tank alive on Vael well past the point where they were supposed to let him die. “Why is it you people can’t let him die? You let him die on every other boss fight when I don’t want you to, why are you keeping him alive now?”

Mechanics where you have to stop attacking for whatever reason have been around forever and people have never listened to them, and have paid the price. It’s not new, and today’s players aren’t any worse about them than they were back fourteen years ago.

Q4tQ: Do you think Bwonsamdi had/has the power to claim Deathwing’s soul after he died? if not, what do you think happened to it?

On the scale of entities that affect the afterlife in WoW, Bwonsamdi doesn’t have the juice to claim most souls. He has to make deals to get one Zandalari Emperor, even. He reports to a boss of some sort. Helya had more pull than Bwonsamdi, in that she could seize spirits without asking their permission first. Same for the Lich King.

Bwonsamdi is a deal maker, not a pirate. A being like Deathwing had already made so many pacts with the Old Gods by the time he died, I doubt Bwonsamdi had any say over what happened to whatever was left of his soul. The end of the Dragon Soul raid implied that the other aspects used all of their power to utterly annihilate all of Deathwing from existence, so I’m not even sure his soul was left intact enough for anyone to claim it.

Everyone in the universe said that the Barbarian from the Diablo Immortal reveal trailer looked like me.

Yeah, I know that was last week. But still. Y’all said it. I felt like I had to acknowledge it. 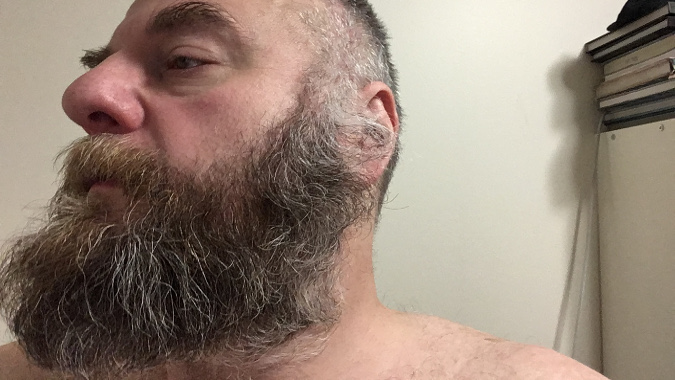 I don’t really see it myself.

Okay, that’s the Queue for this week. I’ll see y’all next week.

Blizzard Watch is made possible by people like you.
Please consider supporting our Patreon!
Filed Under: Barbarian Face
Advertisement