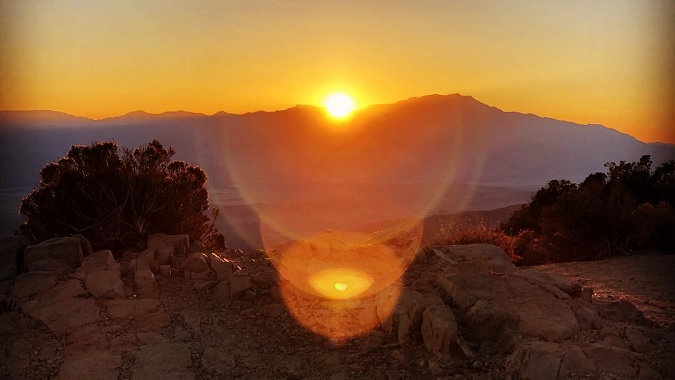 I’m back from California after a nearly two-week trip and, well, it sucks. Michigan is cold and some of the best people I know are 2,000 miles away.

RED MOON, SHE IS A QUEEN:

QftQ: Mitch how do you feel about Sylvanas being WoW’s Disney Princess? This illustration opened my eyes, she even has a musical number aswell in Lament of the Highborne. Jaina’s up there too, but some of the requirements are lacking.

I think it’s a really amusing comparison, but I also think Sylvanas is far too awesome to be given a title like “Disney princess.” She is her own entity, with her own titles.

That said, if there were ever a fully Disney-fied version of the Warcraft story? Like, overly cute and cartoony and all that? Yeah, she could definitely be a princess there.

Hey guys, QftQ: I am farming legacy dungeons, but I was wondering how the new personal loot system works there. I was farming Blackrock Foundry, when I got a shoulder which wasn’t even on the loot table. It was a shoulder from Highmaul. Does the new system means all Draenor items have a chance to drop from any bosses, or the adventure guide just missed that item for me? I’m a warrior, and it was a death knight only shoulder, but it looked like the standard plate shoulder from Highmaul

Blizzard implemented the “Legacy Loot” system in BFA specifically in response to people who hated the Personal Loot system taking effect in older content. The way Legacy Loot works is that any content originally intended for something 11 levels or lower than your current level — i.e., NOT Legion content, but everything before it — will drop as though you’re in a raid group. Nothing about the loot is personalized, which also means you never have to worry about missing transmog pieces just because the dungeon journal says it’s not meant for you. However, it also means that you can sometimes just get loot that’s useless.

Still, I’ll take useless vendor loot over no loot at all (which frequently happened in the past). Which reminds me, the Legacy Loot system has made farming the LFR version of Dragon Soul sooooo much nicer. Used to go entire weeks farming that place without a single drop.

I give Warcraft Demon Hunters the win over Diablo’s, but the opposite is true for Monks. So I guess it’s a wash overall?

OMEDON, I HAVE A PLEASANTLY SURPRISING ANSWER FOR THIS:

Q4tQ: Ok, I know for a fact that I’ve asked this before but with Blizzcon behind us the issue evolves as we get glimpses of the future.

Has anyone changed their stance or upped their expectations on whether or not SOMETHING is happening to the faction wall mechanics as we know them by or at 9.0?

I’m definitely on high alert, watching closely, and am more hopeful than ever for at least faction agnostic PVE gameplay after some of what came out of Blizzcon, what about you?

I wasn’t thinking we’d see anything like this initially. Then I saw down with Afrasiabi and heard the way he talked about wanting to play with friends across both factions. Things like these are hard to put into words on a page, but there was a tone to his voice that made me think maybe we will see the faction barriers come down in some capacity by the end of this expansion.

I could always be reading way too much into things, mind you — but I’m notably more intrigued to see if he truly was hinting at a big change on the horizon.

SCOTT LEYES, IF ONLY…

New classes in WoW seem to be something the devs don’t want to mess with; but do you think we may eventually get new class “variants” or “specializations”? Like, perhaps, “Ranger” for Hunters, “Archon” for Mages, etc.?

Honestly, this is something I would love to see happen, but I don’t think ever will. We’ve only ever had a “new” spec added to a class once, and that was with Druids, which effectively already had four specs — it’s just that two of them were tied into one spec. Adding a new spec to one class would mean other classes get upset at favoritism. Adding a new spec to all classes would mean designing far more than a single class’s worth of new things.

It would, sadly, require too much balance work — not just for their release, but going forward throughout the rest of the game’s life. There’s a reason Demon Hunters only have two specs, and it goes beyond “making each feel less watered down” or whatever Blizzard explained it as. Perfect balance is not easy to get, but fewer specs does make it easier. Just ask Thanos.

Old Goddy questions: OK, this has probably been asked before, but since Mitch is up next queue, seems like a good time to ask about it… Looking online i’ve seen contradictory answers to this. YS and CT are defeated, right, some ppl say that this means they are dead but can be resurrected, others say that they are not dead at all, but sort of dormant, like in a coma, so what is they current status?… Also, i remember i read somewhere that their bodies are massive, like Yogg Saron’s body occupies half of Northrend or something like that.. so, recently, a certain big angry evil god staved Silithus with a big pointy sword. Did he probably poked C’Thun in the process? Is this the kind of thing that could cause an awakening/rebirth of the Old God? Thanks in advance!

They are definitely not dead-dead, that’s for sure. One of the Artifact quests (or something like that) had players go to Ulduar, where it was specifically mentioned that Yogg-Saron was messing with stuff again. Perhaps not in as large a capacity as before we “defeated” him, but enough that it’s obvious he’s still around. And C’Thun? Yeah, I would not be surprised if One Stabby Boi’s poking got his attention.

Preemptive q for your q: How do you feel about Afrasiabi saying Sylvanas ordered the Wrathgate?

Annoyed. I think people are misinterpreting it, mind you — for instance, I don’t think she planned the entire coup as a way to come out on top — but I’m still annoyed all the same. It seems like one of those statements given just to make it look like this was planned all along, even though it totally wasn’t. Yes, her ordering it would lend credence to her as someone who’s never changed and is always doing sneaky things and yada yada. But even if all that’s true, it’s frustrating to have that info come out now, just because it seems convenient.

It’s not a retcon, imo, but it’s pretty damn close. And it doesn’t come off as “oh my gosh, she’s been sneaky all along!” so much as it comes across as “well that’s certainly a convenient addition to mention now” *eye roll*.