What makes an achievement worth it for you? 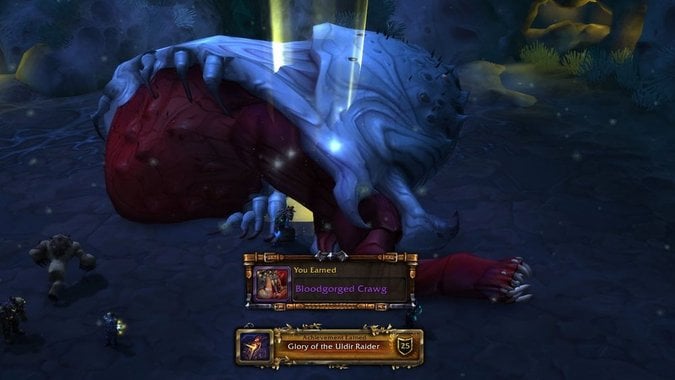 Achievements in video games are old hat at this point. World of Warcraft introduced them all the way back in patch 3.0 — the Wrath of the Lich King pre-patch. WoW with achievements has been a thing for over half of the games life. Not all achievements are created equally though. For every easy achievement like Going Down there’s one that requires coordination, teamwork, or just going out of your way to make a new friend. What separates the ones you pass on from the ones you try to complete?

I try and find the fun in them. For me, that’s having something that can be puzzled out and solved. I love the “Glory of the (insert raid or dungeon here) Raider” achievements for that reason. Sure some of them are easy and just need you to break someone’s heart or open a puzzle box, but then you have achievements like Parental Controls and There’s Always a Bigger Train. The descriptions are almost no help. I had my raiders dropping the Wind-up Train Wreckers all over the fight, trying to get that achievement. Some of my fondest raiding memories are the time spent working on these achievements. Of course, getting a new mount to ride isn’t a bad thing either.

Some achievements just don’t feel worth it to me. I know that I’m probably not going to get the battleground achievements. I’ve heard the horror stories of people who’ve spent months chasing Cloud Nine from Twin Peaks. Not only is it a royal pain to complete, but if you’re trying to get that achievement you’re likely not helping your teammates actually win the battleground — which is just not fair to the rest of your team.

So if you’re going to try for an achievement what do you look for? Do you want it to be something you can work on by yourself or something that you and a few guildmates can spend a weekend on? Does it have to have a reward — like a mount or a pet — or is the satisfaction of getting it enough? Is there anything that you know for a fact that you’re never going to get?

Blizzard Watch is made possible by people like you.
Please consider supporting our Patreon!
Filed Under: Achivements, Battleground, Crawg, Glory Of, Glory Of The Uldir Raider, Twin Peaks
Advertisement