The Queue: It is still not the year of the dog 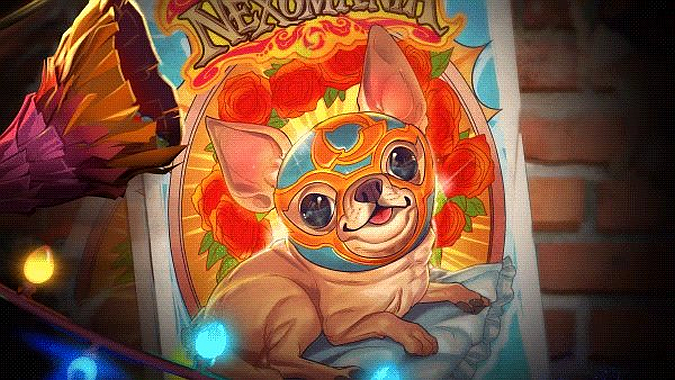 I’ll see if we can avoid just talking about dogs today but who knows what the future holds for this Queue.

Q4Q: If WOW faction leaders were dogs, what breeds would they be?

Genn: It just seems silly to answer this one.

Malfurion: I’ve thought about this and I just can’t. He’s a cat. Or a bear. Or a bird. But not a dog.

Gallywix: I’m not exactly his biggest fan, and I’d honestly feel kind of bad associating him with a dog breed.

With Diablo Immortal assuming some MMORPG trappings, which class (if any) would you expect to take up the Healing and Tanking roles?

One of the interesting things about Diablo is that it has always lacked a proper tank/DPS/healing triumvirate. Certainly, some classes were tankier than others, but every class can handle itself in its own way. Obviously Crusaders can take hits with their heavy armor and big shields, but Necromancers can hide behind armies of the dead and Sorcerers have abilities to escape or crowd control.

Everyone has their own way to survive, and I really think that’s core to the Diablo experience. It doesn’t matter who you are — you won’t won’t survive trawling dungeons and fighting demons if you can’t take a hit or two. The world of Diablo is not the safe, civilized world of Azeroth, where Priests might live and learn safely in their cathedrals, only leaving under guard. An adventurer in Sanctuary has to be able to stand on their own.

Bloodhounds are an older breed than Basset Hounds, so it’s probably more accurate to say that Bassets are short Bloodhounds. They were bred that way: they are low to the ground to help them track scents. (And from personal experience, I can tell you that their low center of gravity means they have excellent traction if they want to pull you off your feet… or simply don’t want to follow the tug of the leash.)

Now that all of LFR is out, how much do you enjoy beating Mekkatorque?

I shall one day enjoy having my revenge on Gallywix for the trespasses of him and his kind.

Q4tQ: What are you most looking forward to in the upcoming patch?

Hm… 8.1.5 doesn’t have any one thing that I’m super excited for, but I’m interested in a lot of things. I’d like to play the new Allied Races (am I morally obligated to roll two Druids?), I’d like to ride the roller coaster, I’d like to get a wolf mount. If I had to pick just one thing, it would be Crucible of Storms, though. I’ve been enjoying raiding this expansion, even though my group is presently stuck on Heroic Opulence. (Stupid corridors.)

Do u think that BfA is going to usher in a new cataclysm? Some devs mentioned the possible need for a leveling or old world revamp, we have updates to old world zones… What if 9.0 is a new cata with new factions of life, death, and void

If Blizzard wants to revamp the old world, Battle for Azeroth is a great excuse. The infighting between factions has already caused changes to the world, which have so far been represented through phasing — but the war we’re waging will certainly have lasting changes.

However… I really don’t feel they’re going to do another Cataclysm-style revamp. Phasing lets them build on the world we have, allowing the world to grow and change without destroying everything and starting over.

Isn’t it still within the realm of possibility that in our darkest hour, when N’zoth and his minions have us on the back foot and it seems that Azeroth will be lost forever, Sargeras and Illidan might show up like Tango and Cash and save the day? They’re both still technically alive, right?

A Demon Hunter, a fallen Titan, and an Old God walk into a bar…

It’s hard to say who comes out ahead in this situation, but llidan and Sargaras would make the perfect mismatched pair for a grade-A buddy cop movie. You would never be sure if they were about to destroy N’Zoth or each other.

That’s all for today, my friends. Enjoy your continued Queue-ing, and I’ll see you next week.