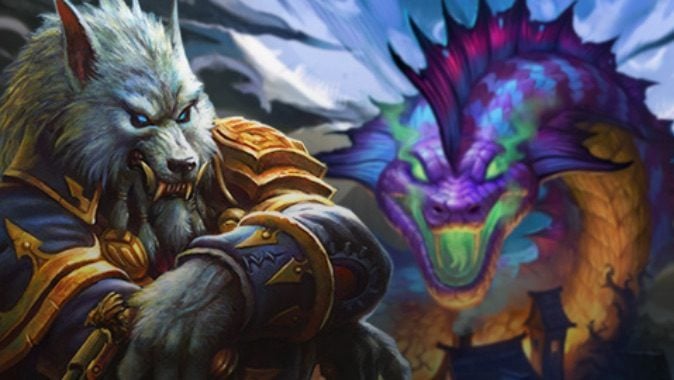 When Hearthstone’s the Year of Dragon releases, Genn Greymane, Baku the Mooneater, and all their support cards are heading off to the Hall of Fame. While every year’s standard rotation kills off some popular decks, Year of the Dragon is killing off the entire archetype of even and odd decks that Genn and Baku launched. These two cards were unique in that they provided big buffs to your hero power as long as you only had even or odd cards in your deck, which pushed players to make tough choices about whether losing half of their cards was worth the buff.

Even and odd decks have defined the recent meta, and their departure will make this a very interesting year for Hearthstone players. We don’t know what new types of decks and new archetypes are coming, but Genn and Baku’s departure means a lot of popular decks will be gone. So just what are we losing? Here of some of the current decks we’ll be bidding a fond — or in some cases, not-so-fond — farewell.

A top-tier deck: Even Warlock

Currently considered one of the best decks in Hearthstone (aka Tier 1), Even Warlock is a version of the Hand Warlock from the earliest days of Hearthstone. You build a giant hand and drop threats like Twilight Drake and low cost Mountain Giants. This is a deck where you dip your health down as low as 15 for a buffed Hooked Reaver, and heal back with the Bloodreaver Guldan. It helps that all the best Warlock AOE cards (Defile, Hellfire, Shadowflame, even Twisting Nether) all fit into the even cost restrictions.

We’re sure to see more variations of Handlock in Year of the Dragon, but the particularly power Even variation is gone for good.

One of the best aggro decks: Odd Aggro Mage

Aggro refers to the overall “aggressive” strategy, and aggro decks have a simple game plan. Like an all out blitz in football, you kill your opponent fast before they can execute their own strategy. Odd Aggro Mage is a deck where you use your hero power as a minion removal tool while also allowing you to keep constant pressure on your opponent’s life total. A clear enemy board means all those Arcane Missiles and Cinderstorms are going right to other player’s soon-to-be-destroyed face. Pyromanic and Stargazer Luna provide a powerful draw engine — a key element for any aggro deck.

Odd Mage does a better job than most aggro decks with staying power, and both Leeroy Jenkins and Jan’alai, the Dragonhawk provide powerful tools to finish off your opponent if you can’t close the game quickly.

Nerfs couldn’t keep this deck down: Even Paladin

Though some thought the nerf to Equality would spell this deck’s doom, it remained resilient. Even Paladin is a flood style deck that tries to put many minions on the board, i.e. flood the board. It makes good trades and always has a minion on the board to contend with, and Sunkeeper Tarim can swing the board any time the Paladin has more minions than their opponent.

Even Paladin retains access to some of the best Paladin cards like Consecration, Truesilver Champion, and Avenging Wrath while also having huge late game threats like the Lich King and Tirion Fordring. Never thought I’d see those two guys working together. Priest Psychic Scream is the one card this deck needed to watch out for, since it put all those tokens back into your deck… and there’s nothing worse than drawing a bunch of Silver Hand recruits in the late game.

Also one of the best control decks: Odd Control Mage

Control refers to the strategy where you try to remove the enemy minions to “control” the board and play big threats. If the aggro version of Mage wasn’t your cup of tea, Frost Lich Jaina is here to warm your heart — no, more like freeze your heart. Odd Mage retains access to powerful board clears like Blast Wave and Flamestrike along with Baron Geddon, who is also a huge heal if you’ve played the Death Knight card which gives your elementals Lifesteal. The elemental package helps contest the board at all stages of play. Voodoo Doll provides a solid removal tool and will spawn a minion for the Death Knight.

Odd Control Mage has two powerful finishers in Jan’alai and Jaina herself, do you don’t have to sit and wait for a specific combo to come up. 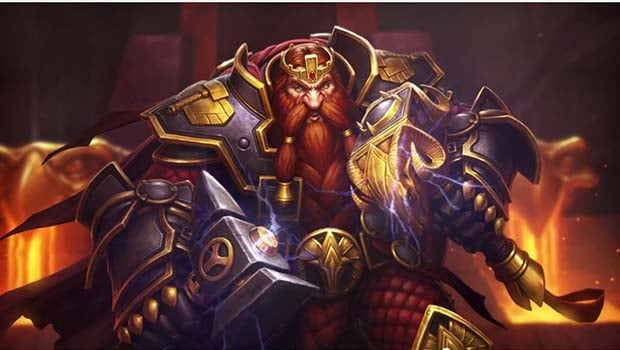 There are two variants on Odd Warrior, but both rely on the upgraded hero power to build huge amount of armor. The Fatigue version removes everything the opponent throws down through Big Game Hunter, Brawls, Supercolliders, and Reckless Fury. It increases its own resources with cards like Stonehill Defender, Elise the Trailblazer, Omega Assembly, and having Carnivorus Cube munch on Direhorn Hatechlings.  Even after switching to Dr. Boom, Mad Genius, which removed their armor-happy hero power, Odd Warriors could still get the occasional +7 armor hero power. When it works, your opponent plays every card and still can’t get bring you to zero. Once all of your opponent’s cards are drawn, they go into “fatigue” and loses more and more life every turn — until he dies and you win from the safety of your armored fortress.

The quest Warrior variant might be my favorite deck right now, even though the Fatigue version performs better overall, with the notable exception of Combo decks. Combo refers to deck which play a certain combination of cards to win the game, sometimes regardless of your health and armor total.

Quest Warrior uses many of the same tricks as Fatigue Warrior to survive and answer enemy threats, though it’s a bit more taunt heavy with Phantom Militia and Amani War Bear. I love how the deck creates tension between attack and defense when complete your quest and switch your armor-granting Tank Up hero power for the devastating DIE INSECT! Do you use your Blackwald Pixie early for an impressive 8 armor or save it for a game-ending 16 damage?

The zoo deck to end all zoo decks: Odd Paladin

What’s better than one Silver Hand Recruit? Why, two Silver Hand Recruits. This is another swarm deck which buffs minions to put constant pressure on the opponent. Synergistic cards like Corridor Creeper and Frostwolf Warlord give the deck access to larger threats while Leeroy Jenkins acts an an appropriate finisher.

Odd Paladin used to be a far more powerful deck before several nerfs to cards like Level Up and the rise of taunt centric decks like Wall Priest, but it’s still a force on the ladder. 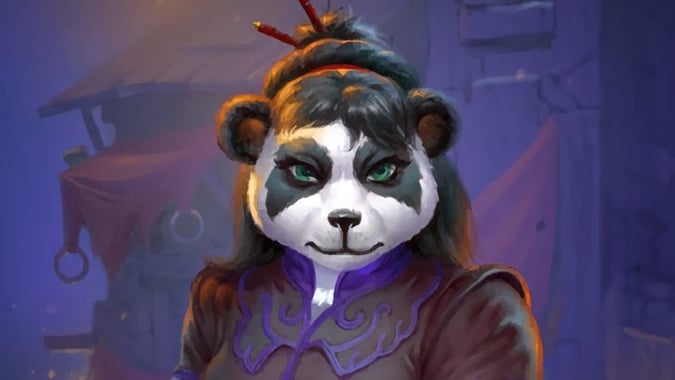 This deck may not be top-tier, but works better at the lower (higher number) ranks. Another aggro deck, the Odd Rogue’s upgraded dagger works much like Aggro Mage’s hero power — with the downside of having to tank the damage from any mobs with your face. But for most part Odd Rogue shouldn’t care too much about their own face damage, because deck has fantastic tools to maintain control of the board like SI: Agent and Vilespine Slayer. Southsea Deckhand and even Leeroy Jenkins make for great finishers.

I would advise you don’t spend any dust to craft these decks. You’ll only be playing them for a month and then they’ll be relegated to Wild where they may not have near the power they have in Standard.

But I do recommend you craft a Genn and Baku if you don’t have them. You can enjoy them for the next month and you’ll get the dust refunded when Year of the Dragon launches. And with all the cards available in Wild, the even and odd restrictions will be easy to fulfill for even crazier decks. If you ever want to try Wild, having these cards will be a good idea. After you craft Genn and Baku, save dust and gold for the upcoming, as of yet unnamed, first set of the year.

Blizzard Watch is made possible by people like you.
Please consider supporting our Patreon!
Filed Under: Hall Of Fame, Year Of The Dragon, Year Of The Raven
Advertisement