The demons of the Burning Hells have the Greater and Lesser Evils, but those seven dark eminences agreed on almost nothing, and as a result, the Hells have almost never been united to a singular purpose. The High Heavens, however, have — for most of history — had the unity that the Hells have lacked. Only in comparatively recent times has this changed, with the Hells gaining unity through the removal of rivals, and the Heavens growing dissonant as the Archangels of the Angiris Council find themselves at odds.

Still, for most of the Eternal Conflict, the Heavens have stood together while the Hells have been an unruly mob at best. And the means of Heaven’s unity was the aforementioned Council.

The angels who sit above

The Angiris Council rose from the Crystal Arch, as did all other Angels of the High Heavens. As far as what’s been revealed to us so far, the five members of the council rose as exemplars of specific aspects of creation, then became the rulers of their kind almost from the moment of their geneses. Who were these Archangels?

These were the five members of the Angiris Council who between them governed the High Heavens and ruled the Angelic Host. Of these five, Malthael was considered first among equals — his nature as Wisdom meant that his judgement was the most assured, and thus his opinions and beliefs often swayed the others. Still, each was of critical importance — Imperius ensured that Heaven’s actions were always courageous, Tyrael that they were just, Itharael that they were in accordance with the cosmic all. Last of all, Auriel gave them the hope that sustained them throughout the eons and eons of the Eternal Conflict.

United in purpose, the Angiris Council held the hosts of Hell at bay throughout their endless war. The demons could never press the advantage of their superior numbers and brutality when faced with the Angels’ dedication, discipline, and ability to work together. 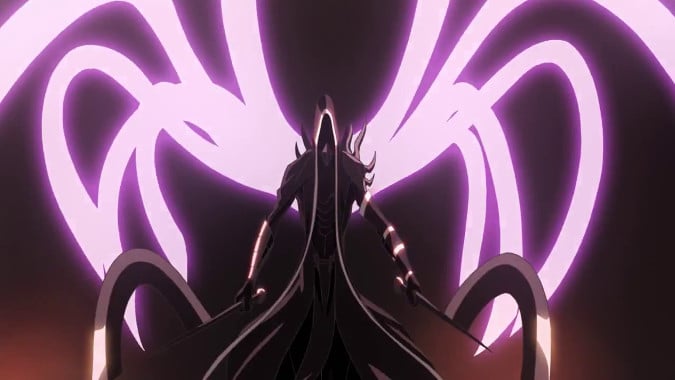 The first crack in that unity was when Imperius — during a mission by the entire Angiris Council to Pandemonium to capture Diablo, the Lord of Terror — was so goaded by his nemesis that he struck the demon lord dead while he was chained and helpless. This act was not one the Council agreed with. Not only did it free Diablo from the fetters the Council had intended to trap him with — thus rendering the whole mission pointless — it also sowed the seeds for future conflicts between the Angels. Diablo would soon return to his schemes, and the Angels never mounted so unified an attack on the Hells again. Whether or not Diablo knew what he was doing, or even if he had planned for it to occur, is unknown.

But that moment was as nothing compared to the consternation in Heaven when a group of rebellious Angels led by Inarius, friend to both Tyrael and Imperius and one of Heaven’s greatest warriors, stole the Eye of Anu from the Pandemonium Fortress with the aid of similarly disaffected Demons. For the first time, the Council simply didn’t know what to do. The Eye of Anu, also called the Worldstone, was the object over which the Eternal Conflict was waged. Now that it was gone, the battles between Heaven and Hell continued mostly out of inertia, while those who were the generals and leaders of both armies were puzzled. The Evils soon fell back into their usual internecine strife, but the usually harmonious Angiris Council found themselves at a loss.

Discovering what Inarius had done created the next rift in the Council. 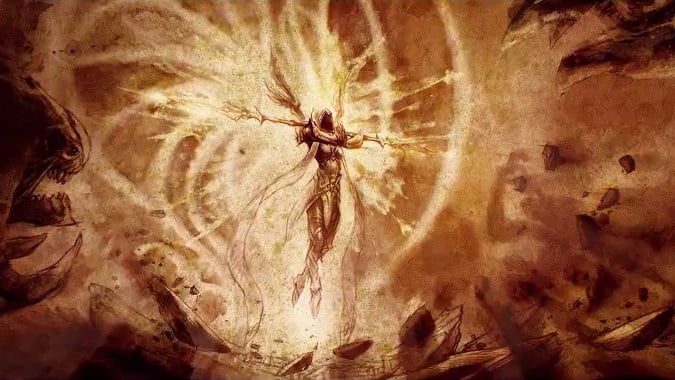 Sanctuary and the widening fault lines

Inarius, along with Lilith, daughter of Mephisto, had taken the Worldstone in order to create a world where they and their allies could quit the Eternal Conflict. This world they named Sanctuary, and once there, Angelic and Demonic couplings proved fertile, and a new breed of beings were born with power drawn from both Angelic and Infernal sources. These were the first Nephalem, ancestors to Humans.

By the time the Angiris Council discovered this, so too had the Greater and Lesser Evils of the Burning Hells, and both sides found themselves involved in the aftermath of Inarius’ war with Uldyssian. This farmer’s son was of a new generation of Nephalem, and his power was vast — so vast that he could well have chosen to ascend into some form of near-Godhood and threatened both Heaven and Hell. But instead, Uldyssian chose to reinforce the power of the Worldstone that had kept the Nephalem’s powers locked away for many, many years at the cost of his own life. 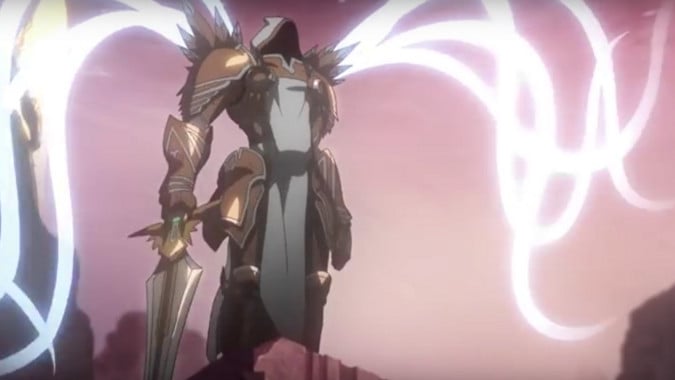 When the Council discovered what Inarius had done, mixing Angelic blood with Demonic, they were horrified and disgusted. And when they saw the power potentially in these mongrels of good and evil, almost immediately Imperius proposed their annihilation, and the Angiris Council enacted his edict to destroy the world and the people living on it. But after Uldyssian’s sacrifice, the Council voted again. Imperius wasn’t concerned — the entire Council had voted to destroy Sanctuary and the Humans once already. Even when Malthael abstained and both Auriel and Itherael voted to allow the world to be spared, Imperius wasn’t concerned because he expected Tyrael to vote with him. Tyrael had been the most horrified by the Angel/Demon hybrids. Imperius had no doubts that they would soon scourge the entire world.

But Tyrael voted to spare the Humans. He had seen potential in Uldyssian’s sacrifice, and viewed Imperius’ edict as unjust — destroying people who had shown the potential for good was, he believed, unjust. He would not support it. Frustrated, Imperius acceded to the rest of the Council’s decision. The aftermath of this “Sin War” led to the forces of Heaven and Hell actually negotiating a peace of sorts. Since the Worldstone was permanently entrenched in the world it had created, neither side could claim it. Inarius was handed over to the demons in exchange for a declaration of neutrality where neither side would interfere with Sanctuary.

Malthael, Tyrael, and Imperius will play big roles in what comes next — but we’ll have to save that discussion for the future.