Everyone on my team is worse than me, and it’s their fault I just lost 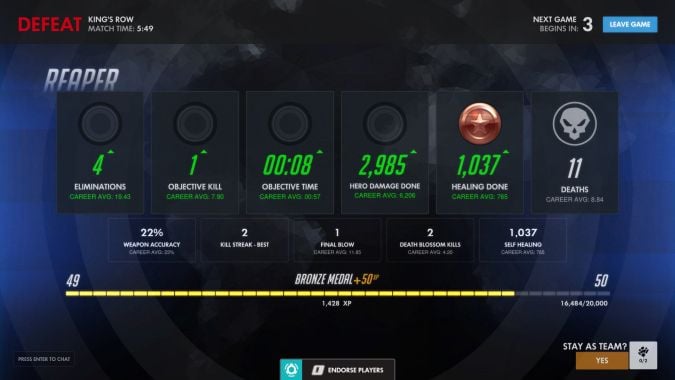 For one reason or another, I’ve been on a real Competitive Overwatch kick lately. Maybe it’s because WoW isn’t keeping me as entertained in its endgame content, maybe it’s because all those Overwatch League matches have inspired me to become the very best (like no one ever was). Whatever the case, I’ve been playing the game a lot more. And while overall, I’m having a lot of fun with it, I’ve noticed a disturbing trend in my matches — I am consistently the best player on my team, and everyone else’s lack of skill keeps causing me to lose.

Before we dive into everything that’s wrong with my teammates, I need to make something clear: I am a Reaper main. That is just a fact. When my teammates ask me to switch to a Support or Tank role, what they’re really saying is, “We want to lose this match.” I wish they understood that when I tell them that they’re the ones who should switch roles. I’m not trying to be rude; I just know more than they do about what our best team composition will be.

So anyway, once we’re in the game — with a less-than-ideal comp, thanks to my teammates — things just get worse. Ana, I don’t care how many times you say “Group up with me” — you’re not the tank. I’ll follow a tank into battle, sure. But my healer? You should be sniping me from the sidelines, not charging in with the rest of us. Which reminds me — why can’t Ana ever hit me with her heals? I’m not going to stop chasing down an enemy when they’re just two or three perfect headshots away from dying. You chose the sniper-healer. You should be able to hit me on the move.

Oh, and don’t get me started on standing on the point. Like, every time I’m dead — because the Ana couldn’t hit me and no one would play a second Support — I just have to sit back and watch from a teammate’s POV as they do everything but stand on the point. If I were the one still alive, you know where I’d be? On the freaking point. Bastion, stop going Turret mode off to the side when there are only 10 seconds left in a match. Stand on the point and kill. You have a self-heal and a primary-fire weapon. It’s called “run and gun” for a reason. 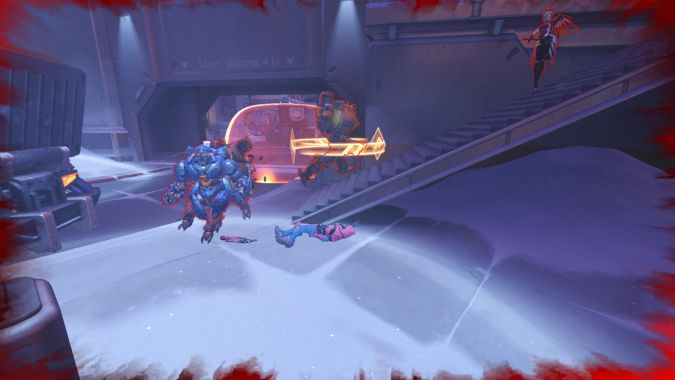 You know what’s the worst, though? When my teammates can’t figure out when to use their Ultimates. I just hit “Z” to tell you my Ultimate status because I want us to use them at the same time, Reinhardt. I shouldn’t have to type that for you to know I’m waiting to wombo-combo. Ugh. It happens so often — I’m running back to the right (because Ana let me die), I tell my team what my Ultimate status is, and they decide to all use their Ultimates before I’m back in the fight. So then, after they’ve wiped because Ana doesn’t know how to AOE heal, I’m the only one with an Ultimate ready and we only have 50 seconds left in the match.

But somehow, when I use Death Blossom to take them out 6v1 — Reaper’s self-healing was buffed recently, so I should be able to survive — I’m the one who made a bad call. I was trying to hold them off and stand on the point so we wouldn’t lose! If I hadn’t gone in there by myself, we would have run out of time.

And then — and then — at the end of the match, even though I have Bronze healing as Reaper, people are mad at me?? I wouldn’t have had so many freaking deaths if the rest of the team knew how to play. You know what happens when my team does know how to play? I get at least four gold medals. If we could share screenshots in-game, I’d show my team as proof, because they never seem to believe me. It’s really frustrating knowing I could be winning 95% of my games if my team just knew how to play better.

I guess what I’m trying to say is, Competitive Overwatch has been a real eye-opener.

Blizzard Watch is made possible by people like you.
Please consider supporting our Patreon!
Filed Under: Burden Of Skill, Overwatch Competitive, Sarcasm, Why Am I So Great?
Advertisement