The Queue: Friendship is… well, it’s something 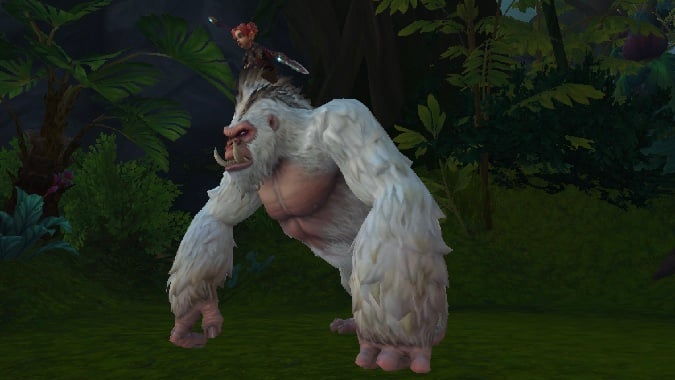 This is Liz, reporting in. Yes, of course it’s Liz. No one here but us Lizes. Absolutely, 100%, definitively Liz. Why would you even ask that?

Q4tQfRossi: Could you write the Friday Queue posing as Liz answering all of Adam’s questions? Then have Anne add in editorial notes and have Anna edit them?

Then have Mitch include rough stick-figure drawings of the new writers.

There are only so many levels of Queue-ception we can do, Scott. Too much could put us all in danger.

Q4Q: Even after the release of Diablo on GOG, I was totally surprised today when they announced Warcraft I, and II. Did you guys have any clue that those games were coming to GOG? Are there other Blizzard titles that might be a good fit for a GOG release?

Honestly, I expected to see more remastered version along the lines of Warcraft 3, so these re-releases are a surprise — and they certainly showed up unexpectedly, without any particular buzz. I still hope for full remasters, with cleaned up cinematics and graphics. These RTS games seem ripe for ports to mobile, too — StarCraft and Warcraft would both be great tablet games.

And considering the effort they’re putting into Warcraft 3, I’m hoping for more nostalgia trips from Blizzard. (Diablo 2 is the one I’m waiting for.)

QftQ: Would it be possible to have a suggestion topic for what off topics your readers might want to hear about? Something like a Breakfast topic on the Monday of every week?

The Queue is already a good place to see what everyone is interested in… the problem is sorting through hundreds of comments every day in time to catch them.

I’ve thought about some kind of catch-all questions post before, but it has its own problems. In the course of day-to-day publishing, it’s going to drop off the front page and be forgotten. Conversations are going to keep happening in the Queue rather than a post hiding away on the fifth page of the site. So I like the idea, but I think the easiest way to do something like this would either be (1) chat in the Queue like always or (2) send us an email from our contact page.

Neither is a perfect option. But we haven’t stumbled into that perfect idea yet.

All of that said, if you do want to see something in particular, say something here.

Q4tQ: what do you think about a Diablo game where we’re on the demons’ side?

Considering how D3 ends, I could see this happening. Play a nephalem new to their power, convinced by people who work for the demons that the angels messed up everything and the only way to set things right is to break into Heaven. Or just flat-out be the bad guy, that would be a first for a Blizzard game. I think it could be an interesting twist for the series, and could keep the game from feeling too similar to the first three.

It is tough to put players into the shoes — er… do demons wear shoes? — of someone so abjectly evil, but there are interesting angles. For one… angels are jerks. They may dislike demons, but they don’t like humans, and certainly don’t like nephelem. And then there are the demons and angels who both had enough of the eternal conflict and fled to Sanctuary to hide. I think it would be interesting to see the game world from the perspective of that group, on the run from angels and demons alike.

Went back to look at the previous queue cause I saw someone asked a question Liz didn’t like, which means I probably do like (sorry Liz, math is cool). It has to do with deriving the centripetal acceleration from a particle that has the equations of motion of a circular path.

Let’s generalize this and say that

Since we have the equations of motion already, we can just take derivatives with respect to time to get the velocity:

Note that by taking dot products, we can verify that the velocity is orthogonal to both the position and the acceleration, as we would expect.
We also note that the acceleration is anti-parallel to the position; its vector points inward towards the center of the circle.
To get the centripital force, we just note that it scales by whatever the mass of the particle is:

The more massive the particle is, the more force is required to constrain the particle to a circular path. In addition, we can make similar claims with the angular velocity and the radius of the circle, noting that the force scales linearly wrt R and quadratically wrt ω.

I need to do more physics related stuff now and then. Back to Japanese for now…

But that’s the point. Adam and I have worked together for a decade now. A lot of the Blizzard Watch team has worked together for that long. Sure, we’re coworkers, but I don’t think any of us actually would have stuck together this long if we weren’t friends, or even family, in a way. We’ve been through a lot of good times together, and some bad ones too. But we’ve been in them together, and here we stand.

Even the newbies, like Mitch and Anna and Rachelle….  well, we’re kind of attached to them. Even Mitch. They’re stuck with us now.

So, yes, we throw snark around. We disagree a lot. We argue sometimes. But we also talk, laugh, and play games. We trust each other. (Well, I trust Adam unless he’s trying to write things by himself.)

If there’s an Adam vs. Liz, it’s not about who wins or who loses. It’s about when we our argument stops amusing us and we decide to do something else. Or Mitch starts a coup we have to put down. Just another day for Team Blizzard Watch.

Also he can’t fire me, because I would quit first. And then we would argue over the difference between quitting and being fired and in an hour we’d forget what we were arguing about and move on.

That’s what friends are for, right?