Officers’ Quarters: What to do when guild members don’t want to play by the rules 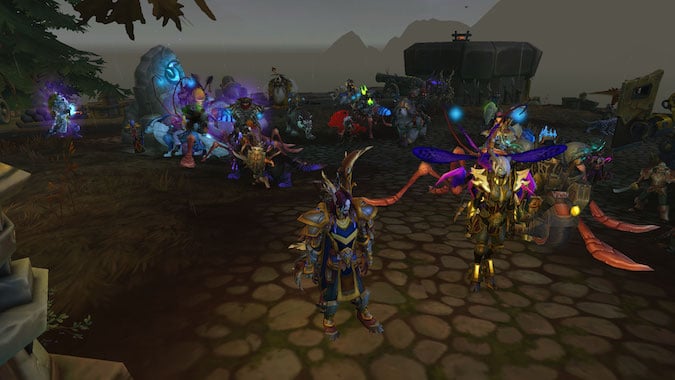 As a guild leader, you’ve probably seen this. Someone joins the guild. You explain the rules and they follow them, at first. As time passes, they bend those rules and finally break them. You talk to this person and they give you an excuse. Eventually, it becomes clear they have no intention of following your rules. You kick them. And then you get a letter of protest — generally ending with, “You need to remember this is just a game.”

Ah yes. The snark retort. I’ve received so many of these I could paper the inside of one of those Azerthonian outhouses I found. It’s the one thing those who get caught think gives them an upper hand in a discussion. “I’m not in the wrong. You’re wrong because this is just a game.”

But that doesn’t work when you’re trying to run a guild.

It’s just a game, but games have rules

First of all, any game played anywhere has some rules. Even Calvinball, which had rules that were made up on the spot but had one fixed rule: no rule could be used twice. Rules are what make the game a game. World of Warcraft rules are laid out in the End User License Agreement and the Terms of Service.

Like the game itself, any guild worth its weight in pixels must have rules to function. Rules can be four bullet points or a lengthy code of conduct document, but every guild has them. If your guild doesn’t have any, you’re just asking for someone to try not only your patience, but the patience of your guild members, the sort of trouble that can make them flee for other — more stable — guilds. A guild needs rules to function, and those rules must be posted publicly where every member and potential member can be apprised of them. 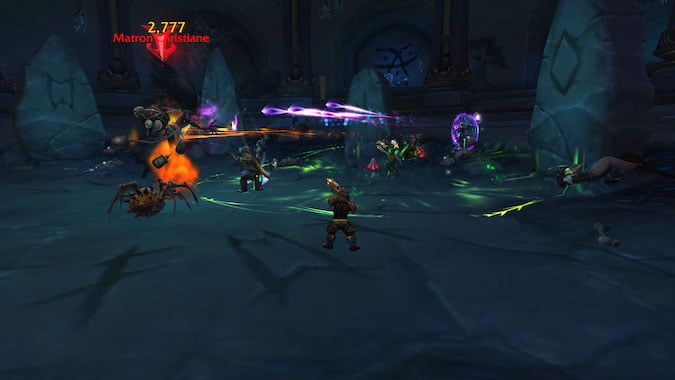 Do your guild rules encourage rulebreaking?

When you get an “It’s just a game” note, it’s worth a look at how you apply your rules to be sure they’re clear. Without clearly written rules, players won’t even know when they’re breaking the rules.

For example, my guild has a rule that members must come to at least two guild events per month, a clear statement what is expected of members. But what if a member can’t make two events? Your rules should answer that, too. In the case of our attendance rules, we ask members to contact an officer if they can’t make it to two events. Then there should be an explanation of what steps will be taken when the rules aren’t followed. Again using our attendance rules as an example, we tell players that they will be removed from the guild if they don’t meet attendance requirements for three months.

But even if your rules are clear, you could have a player perception problem if you don’t apply the rules equally to all players. No one in a guild likes to see a two-tier structure. Everyone should feel that their contributions are valued — that their presence is important. If Xanthos doesn’t show up for three months in a row but is not kicked — when the rules clearly state three months of non-attendance is grounds for dismissal — others feel they don’t have to abide by the rules. Or they start to wonder why Xanthos gets preferential treatment — especially if you kicked someone else for the same issue.

The guild leader and officers must make sure they are applying the rules fairly across the board. If it’s grounds for dismissal for one player, it’s grounds for dismissal for another player under the same circumstances, regardless of whether you like player B more than player A. If you are applying rules evenly, it shouldn’t come as much of a surprise to Xanthos that he’s no longer in the guild. 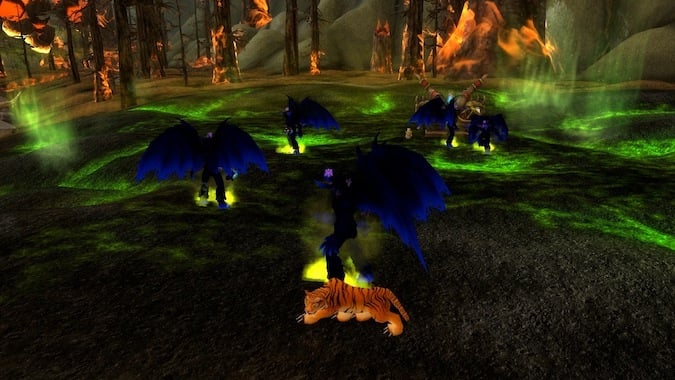 Remind players of the rules — and consequences for breaking them

To enforce our attendance rule, we review the roster once a month. If someone is on the bubble, we send them a warning letter.  We tell them we’ve noticed they aren’t fulfilling terms of membership as stated on our web site. We refer them to these rules. I tell them that as guild leader, I am always available to listen to reasons why. We can talk about it, but we’re also clear that their attendance record needs to change if they want to stay in the guild.

In my history as a guild leader, along any point in this process, I have received the “this is just a game” comment. Frankly, getting this in a letter makes the officers very glad you’re gone. We are aware we are playing a game, but even games need rules — and the same goes for guilds.

As a player, if you feel you’re being unfairly punished, the best course of action is to talk to the guild leader. State your case calmly and listen to what they have to say. Make sure you understand the rules and ask polite questions if you don’t understand. Don’t brush off their concerns by saying “this is only a game.”

I won’t give you the time of day after that remark. Don’t be “that guy.” You won’t lessen a punishment by being argumentative or insulting the leadership.

Be sure everyone knows your guild rules

Every guild should have a list of rules and they should be somewhere members — and prospective members — can find. Knowing what’s expected means those people who resort to snark when kicked become a footnote in your guild’s overall story.

Blizzard Watch is made possible by people like you.
Please consider supporting our Patreon!
Filed Under: Guild Leadership, Guild Membership, Guild Rules
Advertisement