Congratulations to Hunterace for winning the Hearthstone Championship Tour (HCT) World Championship 2019. This year, Rogue dominated the field with all but one competitor bringing a Rogue deck. The lone holdout was Roger, who I happened to select as my champion — I chose poorly.

With the Year of the Dragon, Blizzard reduced the overall power level of the Hearthstone standard cards, which means are going back to their roots. Hunters decks are Mid-range, Warriors are all about Control, Rogues do their Tempo thing, Warlocks are running a Zoo, and Druids are spawning Tokens. Most decks have one or two big power plays and it falls to their opponent to swing the game back if the combos land.

If you’re looking to build a new deck, these competitive decks are a great place to start. Let’s take a look at the best decks from HCT.

Before you build a new deck

Before you grab one of these decks and rush off to the ladder there are a few provisos, and a couple of quid pro quos. Tournaments like HCT use the Conquest format. The matches are best of 5. Players have to submit decks from three different classes before each double elimination stage. Once you win with one class you have to switch to a different one. Many times, a deck that great for shooting up the ladder isn’t as great for Conquest format. The reverse is true as well. A fantastic ladder deck might struggle in Conquest. Pro players, like all of us, gravitate to certain decks and strategies.

Let’s examine the decks. With each one, you’ll how many players brought this type of deck and how much the deck costs in Arcane Dust. Anything over 10,000 dust is expensive, while I’d call anything around 3,000 dust a budget deck. Most land somewhere in between. 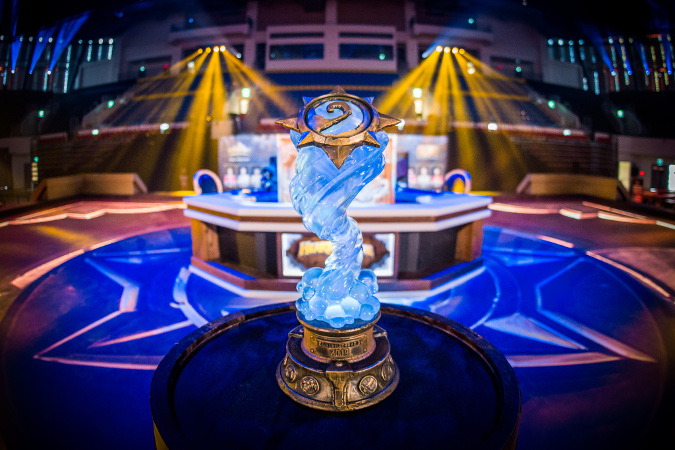 Tempo is an important concept in Hearthstone, but one that is easier to see than explain. The player is making large changes to the board state, playing minions and removing their opponent’s minions while spending as few Mana Crystals as possible. Backstab is a fantastic example of a Tempo card. It can remove a two health minion for zero Mana. SI:Agent takes the Backstab effect, and gives you a 3/3 minion on the board as well. Rogue has always been the premiere Tempo class in Hearthstone.

I’ve featured Hunterace’s Tempo Rogue list courtesy of Hearthstone Top Decks. It’s an aggressive list, but not straight aggro. Aggro decks only care about pushing damage on the Face (your opponent’s hero). This deck does that, but its also aimed at keeping your opponent’s side of the board clear. 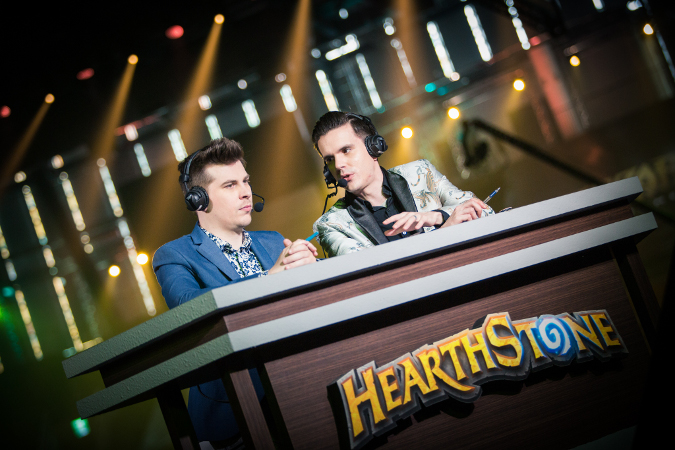 Using the Warlock hero power to keep drawing cards, Zoolock throws minion after minion on the board. Like Tempo Rogue, it has an aggressive streak, but is still more concerned with board control than a standard aggro deck. By being strategic with trades, that is which minions attack and their targets, Zoolock tries to always leave itself in a good situation with multiple options each turn. 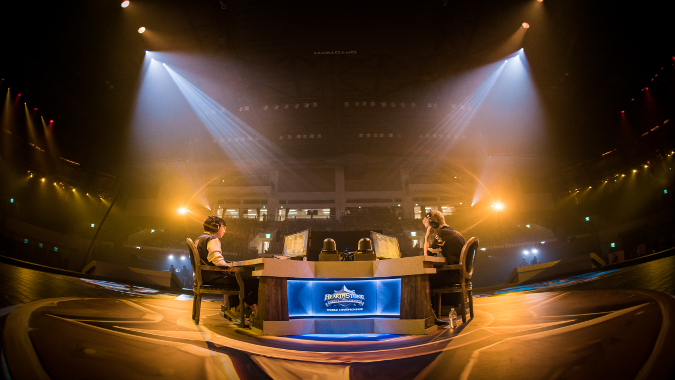 Each hero’s power gives the class a certain bend. While Hunters are pinging away with two face damage a turn, Warriors are turtling behind armor. Control Warrior looks to remove everything their opponent plays and delay the game until it can start playing its powerful — often quite expensive — minions. With all the Death Knights banished to Wild format, Control Warrior retains one a few remaining Hero cards with Dr. Boom, Mad Genius. This card gives armor and then rotates through powers that give even more armor, let you discover Mechs, deal direct damage or AoE damage, or summon small Mechs. The controversial Archivist Elysiana allows Control Warrior to prolong games longer than any other deck besides certain flavors of low win percentage Rogue like Thief and Hopper.

Like many decks in the early stages of the Year of the Dragon, Midrange Hunter has been around in Hearthstone since its earliest days. The basic strategy hasn’t changed. Hunter’s use the class cards which synergize with the Beast tribe to grab control of the board. A combination of minion damage, spells, and the two damage per turn hero power overwhelms opponents and carries Rexxar to victory again and again. 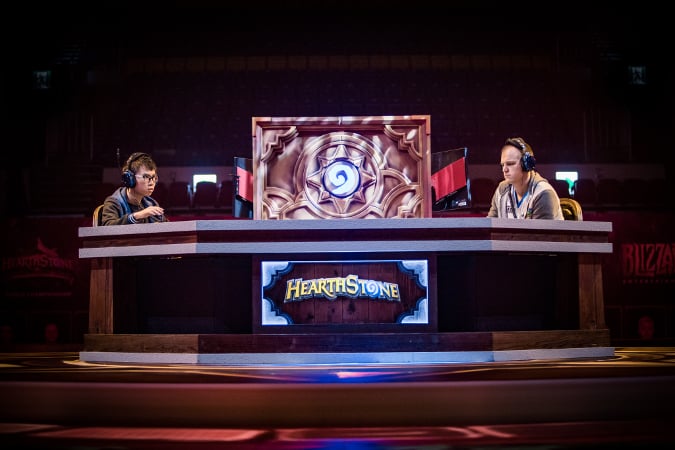 One of the few new archetypes in the Year of the Dragon, Conjurer Mage wants to build up a huge hand and summon minions. The dragon package provides strong minions and spell like removal. This deck is a kissing cousin of the old Handlock decks and employs the same Mountain Giants to great effect. Unlike Handlock, if the opponent can’t remove the Mountain Giant right away, a Conjurer’s Calling turns the Giant into two huge minions, or four if you get Khadgar on the board. It’s too much for most decks to answer.

One of the most anticipated decks in Rise of Shadows hasn’t disappointed, but also hasn’t become the powerhouse many thought. There are different ways to build the deck, but at its core, it’s a version of Control Warrior with a specific win condition: putting Bomb cards into your opponents deck which cause 5 damage to the hero when drawn. It’s like the old Quest Warrior deck where the Warrior would win the game through the Ragnaros 8 damage hero power. Blastmaster Boom takes the unexploded bombs and turns them into bomb minions for even more pressure. 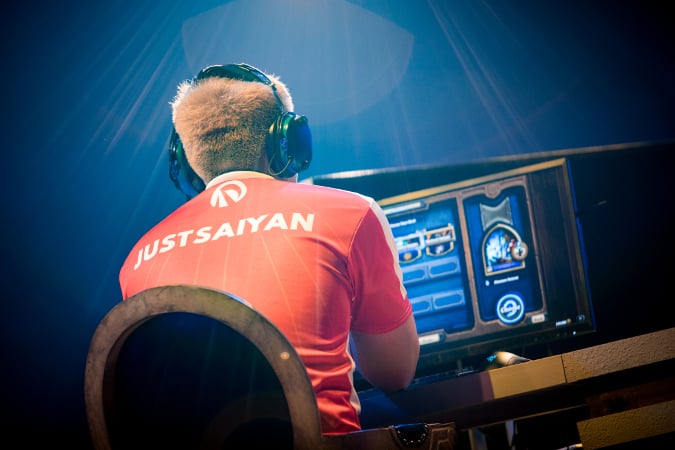 It’s no coincidence that the other Hero card still in circulation, Hagatha the Witch, powers another strong Control deck. Control Shaman has a big AoE with Hagatha’s Scheme, and healing with Witch’s Brew. Walking Fountain is one of the best card in Rise of Shadows. Once Control Shaman gets to the late game, it uses its big minions like Swampqueen Hagatha, and Shudderwok. 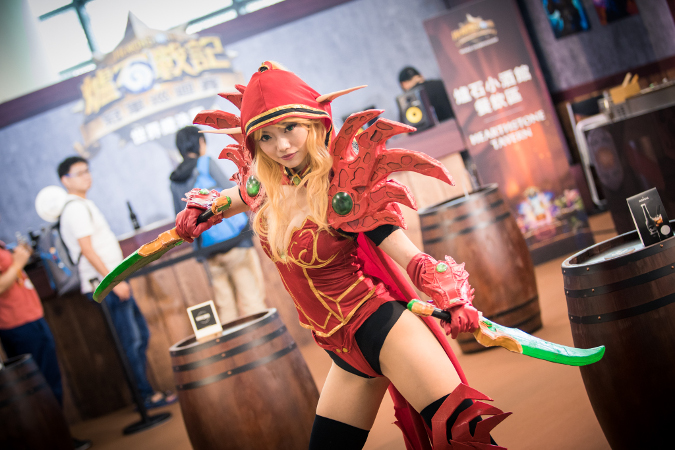 Miracle Rogue is another deck concept that’s been in Hearthstone for a long time. It uses many of the same tool as Tempo Rogue to survive the early parts of the game. Once Gadgetzan Auctioneer hits the board, Rogue uses its cheap spells to draw and draw and draw, loading its hand with the damage it needs to close out the game with a win.

This deck is the poster child for something that works great on the ladder, but not as well in a Tournament format. Token Druid’s game plan is simple. Load the board with minions again and again and again. Buff the minions to make good trades or push damage to the opponent’s face. As soon as your opponent can’t clear your board Savage Roar to a huge burst to win. Soul of the Forest is in essence another board reload. 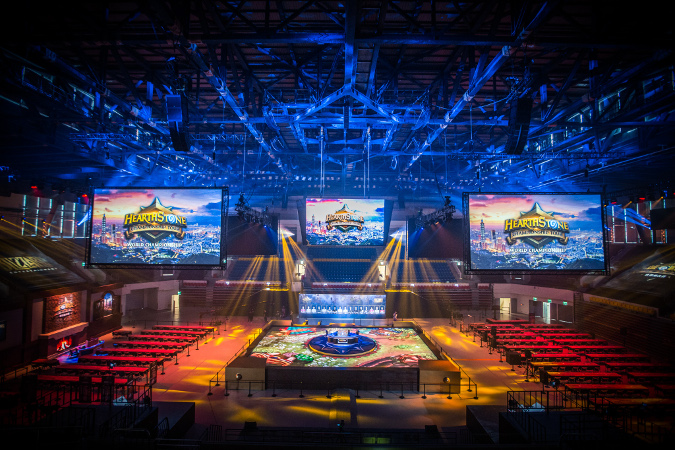 Mech Hunter replaces Midrange Hunter’s beasts with Mechs. Instead of Beast synergy, Mech Hunter uses power deathrattle effects like damaging a minion, destroying a minion, or summoning huge minions. If all else fails, you can use Zul’jin as a hail Yogg play.

Like Bomb Warrior, this was a highly anticipated deck in the days leading up to the Rise of Shadows release. Unlike Bomb Warrior, Secret Mech Paladin hasn’t lived up to the hype. Secrets and weapons help control the early game until you start dropping Mechs. The deck relies on the Magnetic keyboard. Against decks which struggle with single target removal, or who don’t draw their removal in time, a Magnetic Mech can spiral out of control. 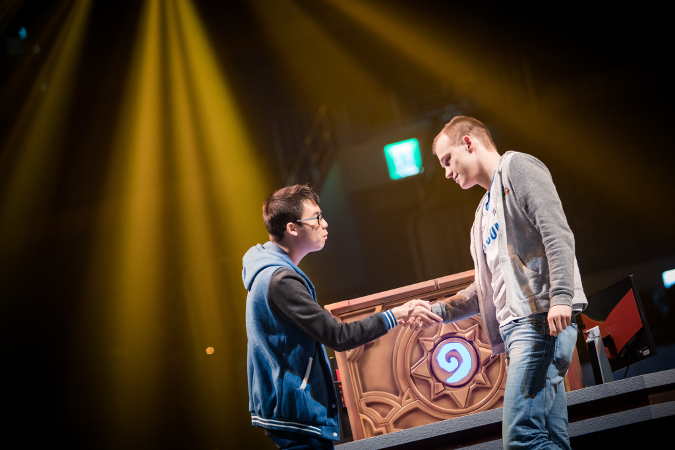 I’m not sure how this deck feels for the opponent, but from my side of the table, its a silly and fun deck to play. Your whole strategy is to draw your deck out as fast as you can while not burning any cards. If you ever have ten cards in your hand and draw another, you’ll burn it. It will disappear and not activate any effects (good or bad).

The deck uses spells to control the early board or spells combined with Wild Pyromancer for AoE.  It uses the Gadgetzan Auctioneer for more draw. Sometimes you’ll do things like Topsy Turvey the Auctioneer. This doesn’t have any effect on the minion, but you get another spell cast to reduction the cost of your Grave Horrors, and a card drawn. Once all the cards are drawn, Nomi creates a difficult to handle board which can kill most opponents if not answered. The deck requires strategic use of the Seance cards. Do you use them to build an impressive wall of Grave Horrors or to give yourself a second or third Nomi reload?

Be on the lookout for these decks in your next Hearthstone game, regardless of where you’re ranked. Players at all levels like to try the winning decks on the ladder.