The Queue: Let’s go in style 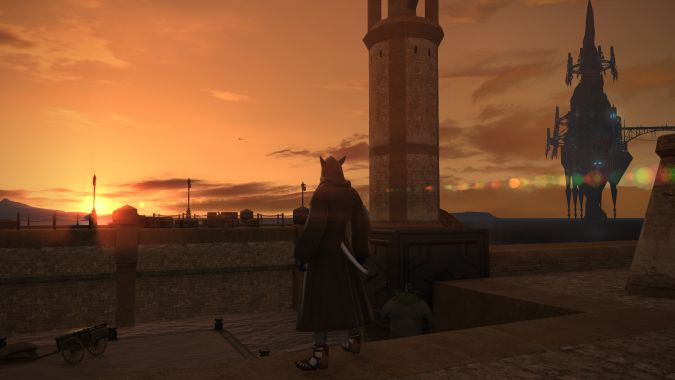 Q4tQ: Was there a “gateway” game that lead you into WoW? or into MMORPG’s in general? Not sure if mine was Gauntlet, or Champions of Norrath.

It wasn’t a gateway game, but I don’t think I would have gotten into WoW when I did if not for X-Play. For the unfamiliar, it was a TV show that reviewed video games, often with weird segments in between and some recurring gags that never got old to 12-year-old me. One of the games they mentioned a lot was WoW. I’d been familiar with Warcraft 3 before that, but the way they talked about WoW was what really did it for me.

I still remember the recurring joke of a murderous Dwarf who went out and attacked all the bunnies in the starter area. Really wish I could find the review somewhere, but alas, I’ve had no luck.

MOVEWOW HAS A QUESTION ABOUT THE FUTURE:

Q4tQ: So will there be new Allied races in 8.2, what will they be, and which faction gets which one? (Added) I’ve seen people here and other places talking like we will. But I was under the impression that we’re not.

There are no Allied Races coming in patch 8.2. I mean, we’re getting introduced to Junker Gnomes or whatever they’re called, but they won’t be playable in 8.2. I’m putting money on them joining the Alliance in 8.3, however.

I admit, I thought we’d have Allied Races more often during the expansion. If — as signs point to — Vulpera end up being an Allied Race for the Horde, it seems like it would make more sense for them to join in 8.2 (well, 8.1, really but…). I’m guessing Blizz decided not to overload players with new races and also went the route of parity between both factions rather than alternating “cool” races for each faction every other patch.

ARTHONOS, YES. YES, I WOULD:

Q4tQ: Would you be ok with another Shadow revamp for 9.0? Seems like Blizzard has really been expanding on potential ideas for Shadow, mostly through the Void Elves, by showing off lots of spells with interesting combat applications.

I’m not particularly dissatisfied with Shadow right now (definitely less so than I was at BFA’s launch), but I’ve seen enough really cool Void-based abilities to want Blizz to do this. Between the Void Elves themselves and the Void Elf team in Island Expeditions, there’s a lot to work with.

But you know what the problem is? There’s too much to work with, and Blizz is never going to split Shadow into its own class — thus giving us two, if not three, talent trees — so we’ll probably be stuck with small iterations on what we have right now rather than anything major.

LOTHARFOX, WHAT WOULD BE THE POINT?

Someone you know has the power to time travel. They tell you that they will give younger you a message from current you.
What do you say, so that younger you believes older you is the one sending the message?

Okay, while I ponder that, what would be the point of the message? Would they be telling younger me something only I would know and THEN telling me something really important? If the latter, wouldn’t that alter my own history in ways I couldn’t safely predict? Or would it split the past into its own timeline? (In which case, why would I care to do this? It has not effect on me.) If the former, would there be any point other than younger me going, “Oh wow, someone CAN time travel” and then living with that knowledge?

In any case, I’d tell younger me about a tragic memory that I haven’t told anyone, in great detail. Then I’d follow it up with the names of everyone I had a crush on from ages 5 through 17.

So, with RaF as we know it going away, what do you think they’ll replace it with?

They’re going to replace it with a better version of Recruit-a-Friend. I have no idea what that better version will look like, but it’ll probably make them more money than the current system is.

AUSSIEEEVEE PUTS ROBOT AGAINST ROBOT. OR AI AGAINST AI. I DON’T KNOW:

2BE: Friday vs Karen.

Friday, because I haven’t seen the movie Karen’s in, and also that’s my mom’s name, so it would feel weird talking to her all the time.

DRINDAAR_LIGHTKEEPER, IT DEPENDS ON MY MOOD:

Q4tQ: (This has probably been asked before but…) What’s your go to game besides WoW? What game is like your video game comfort food? Where do you go when you want to game, yet also want an experience that is familiar and you know you’ll enjoy?

Y’know, I’m not sure I have one of these anymore. I probably should. Maybe Animal Crossing New Leaf? Although it’s been a while since I’ve actually played that. Also, it’s not exactly comfort food, but a lot of times when I’m in a bad mood, I like to pick up DOOM (2016) or Left4Dead 2 or something and just kill zombies/demons/etc. in a stupidly overpowered fashion.

BLAZENOR, MAYBE IN ANOTHER REALITY:

Qftq: Do you think Blizzard should take another shot at producing Warcraft Adventures? I would just love to play an adventure game that drives deep into Warcraft lore.

No, if only because the video game landscape has changed so much that I can’t imagine Blizz ever doing something that doesn’t encourage infinite replayability. Arguably, Blizz has been doing that for a long time now thanks to Battle.net, but that was still at your own leisure. Nothing was compelling you to consistently play the game after you finish the story the way StarCraft 2 does (though, not exactly successfully).

“Infinite” games have their place, but in the case of Warcraft Adventures, I’d prefer a story that ends.

That’s it for today. I don’t have anything clever to say here. Go have a good Tuesday.