The Queue: A Classic Season 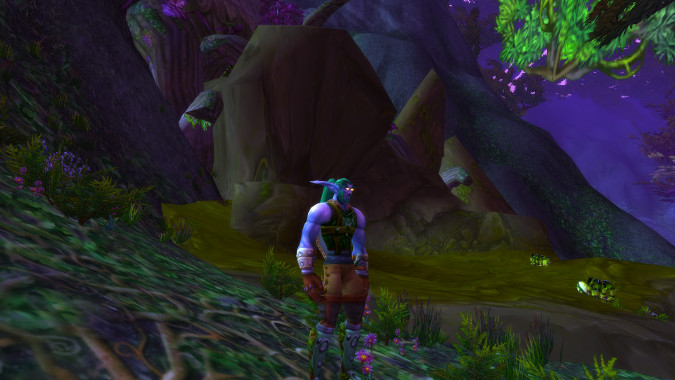 Between the WoW Classic beta (so far, surprisingly bug free) and Diablo 3 starting Season 17 today, it’s a busy day. What do y’all want to talk about?

Also, today we learn that I can apparently talk at length about polearms.

ACOLYTE HUSSKIES ASKS ME WHICH OF MY CHILDREN I HATE

Easy Q4TQ for Rossi: Which is your least favorite dinosaur?

Why in the name of every single member of the Archosauria would I have a least favorite dinosaur? I mean, I generally don’t go around having least favorite anythings. I don’t even really get how you do that. I understand how I could theoretically hate something, but how does someone like a thing, but less than every other thing of that type? No, I like all dinosaurs, they’re all cool, I don’t have a least favorite.

Q4tQ: How do you feel about the polearm animations in-game? I personally feel like too many of them resemble a poleaxe or halberd in usage (and thus don’t seem all that visually distinct from 2H axes) rather than a spear.

First up, I’ve always felt like WoW needs 1h spears. A great many spears throughout history were used with a shield, and it wasn’t until we started getting into the period of the Macedonian Phalanx that we saw spears so long that they couldn’t be used with a shield in your offhand, which led to the development of shields that were actually strapped to the body so that both arms could be used with the Sarissa.

There are, in fact, a great variety of spears and a wide variability in spear heads. Some are little more than javelins, while others have a broad blade more like a sword and could absolutely be used as a slashing weapon. Boar spears which are shorter, with thicker shafts and broad heads with wings to keep the animal from actually charging up the spear after it’s been wounded. And polearms themselves include hammers, weapons like the Sarissa, giant pole axes and more. I don’t think WoW is ever going to be able to have a single polearm animation that includes all the stabbing, thrusting, and slashing that different varieties of polearm were used for.

I mean, there are ancient pole weapons that are basically just a shortsword on a stick. There are Renaissance era ones that are an axe and a hammer combined for piercing armor. There are glaives and guisarmes and glaive-guisarmes. Lucerne Hammers and yes, I played a lot of D&D as a kid, why do you ask? But I think the WoW polearm animations are the best concession to the fact that they’re jamming a whole lot of different weapons that would be wielded extremely differently into one category. Seriously, look at that guisarme, the head’s crazy. Counting a Chinese podao and a Bohemian Ear Spoon (seriously, go look it up) as the same kind of thing is simultaneously crazy and completely understandable, since both are basically long sticks with stabby things on top of them.

Some polearms had six foot handles, others much, much longer like the Sarissa. Some had simple blades affixed, some had massive, complex, curved blades or long armor piercing points. Some were anti-infantry, others anti-cavalry. It’s a complex weapon type, and I really do think WoW had to make some choices if they wanted the weapon category at all.

Q4tQ: In a recent Blizzard interview it was said about Tyrande: “I think she had her moment where we told some of her story and she got her revenge for the Night Elves. I don’t think we’re exploring her story too much more in Nazjatar though.”

What are your thoughts about this? I sure hope it just means we won’t see until 8.2.5 or 8.3, because IMO killing 1 Valkyr sure doesn’t feel like sufficient revenge for the burning of a capitol city and untold number of innocent deaths.

Look, I absolutely do defend Blizzard’s writing team on BFA quite a lot. I think they’re doing some amazing work. But if they honestly believe that the Battle for Darkshore counts as Tyrande’s revenge? That’s completely ridiculous.

It’s just wrong. It’s like if you and I get into a fight, I stab your best friend to death, and for your revenge you give me a bloody nose, and during that time I give you a bloody nose. Your friend is still dead! That’s not revenge! Someone needs to go read The Count of Monte Cristo again,

To tally it up, the Night Elves lost Ashenvale and Darkshore, saw numerous settlements burned and despoiled, saw thousands of their people die atop Teldrassil, and their revenge consists of being locked in a back and forth battle over Darkshore every week or so? Killing one Val’kyr does not in any way count as revenge for all that the Night Elves lost.

Revenge would have been killing all the Val’kyr. Or killing the Val’kyr, taking Darkshore, and killing Nathanos. Or killing Sylvanas herself, or capturing her. But what we’ve seen in patch 8.1, while it was interesting, is simply not revenge. The only way it comes close is if canonically the Night Elves have won that battle and driven the Horde out of Darkshore and Ashenvale. If the Horde has lost that territory, you could at least make a case for revenge, but as it stands?

No. If that’s their thinking, they need to rethink it.

SHADANAH GIVES ME AN EXCUSE TO GO ON ABOUT THIS AGAIN

As to WoW and new classes:

I would think they would be better served by having flavor classes that do not require a rebalancing of raids, dungeons, PvP, etc. This has been discussed before, but something like having Trolls who can be Shadow Hunters (hunters whose abilities have different names and animations, but the same impact, duration, etc.).

Yeah, I absolutely agree with this. I’ve felt that there should be certain packages that gave classes a specific flavor. You could have Blood Elf Spellbreakers as a Warrior option, for example, with special animations for Spell Reflect and other abilities to properly embody their special training to deal with magic. Mountain King Dwaves, Nightborne Arcanists, Tauren Stone Lords, Night Elf Sentinels as a special Rogue variant, you could do a lot.

The best part about it would be it would have absolutely no mechanical advantage at all. Your Night Elf Sentinel is mechanically a rogue just like any others, it just has specific flavor text and animations that more strongly tie into the Night Elves and their lore. Forsaken Dark Rangers, Human Snipers, Gnome Pistoleers and Dwarven Riflemen would all be Hunters, but their specific kits would have cool flavor options that didn’t really change that they all had pets, all used ranged weapons, etc. You could even have some of these options extend to multiple classes. Blood Elves could have Warriors and Paladins get a Spellbreaker kit for their various shield using specializations. Night Elf Hunters and Rogues could theoretically be Sentinels or Wardens.

I decided to end this Queue with a picture of a Gorgonopsid by Jonathan Kuo.  I really love this picture because it captures the whole stem mammalian nature of the Gorgonopsid, likely Inostrancevia — it’s often hard for people to look at these animals and remember that they’re more closely related to us than they are to dinosaurs or other reptiles, but Kuo has done an excellent job here of preserving that essential Therapsidian feel. This picture as well really manages to be a bridge between the more reptilian ancestors of Gorgonopsids and modern mammals, and I really dig it.

Anyway, that’s the Queue for this Friday. See y’all next week.

Blizzard Watch is made possible by people like you.
Please consider supporting our Patreon!
Filed Under: You’re All Really Cool
Advertisement