6 things I completely forgot were parts of WoW Classic 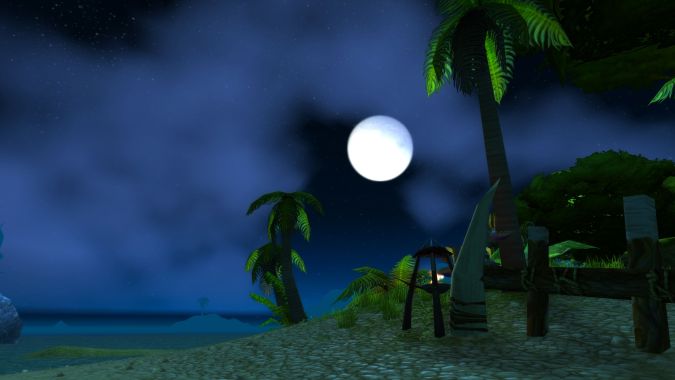 I’ve never made a secret out of the fact that I’ve been playing World of Warcraft since Vanilla. I have a lot of fond memories of the game from back then, and it’s no surprise that I’m very interested in WoW Classic as a result. But outside of the interest in reliving old quests and seeing old zones, one of the parts of playing Classic that really intrigues me is seeing how my memories compare to the actual experience.

After all, memories aren’t perfect — a quick look at the “not a bug” posts from Blizzard is proof of that — so figuring out what you don’t remember is almost as fun as reliving what you do. Here are six things I totally forgot were parts of WoW back in the day. 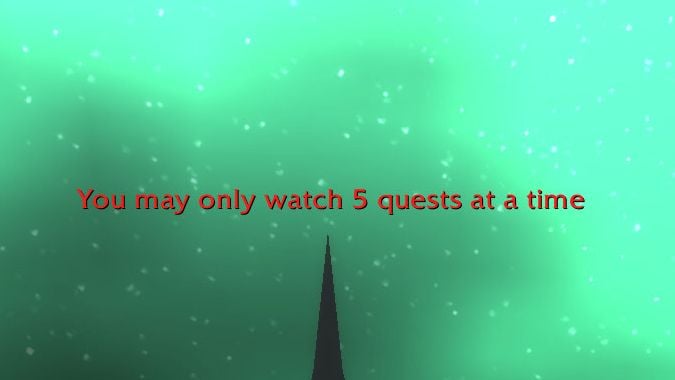 1. You can only track 5 quests at once

While we’re still (for some reason) limited in the number of quests we can hold in our quest log, we’re treated much kinder in terms of actually tracking the quests we do have. If space exists for it on your screen, you can track quest after quest. The same cannot be said for WoW Classic.

Not only are quests not automatically tracked until you pick up a quest item, you can only ever track five quests at once. Now, WoW Classic doesn’t inundate you quests the same way modern-day WoW does, but you’re still likely to be on more than five at once plenty of times while playing. Of the many things I remember about the WoW of yesteryear, this was not one of them. The first time I got the alert that I couldn’t track more quests, I knew I was in for several more surprises. 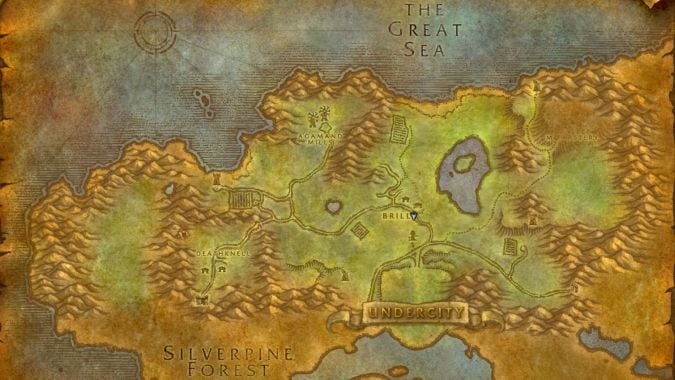 2. The map and minimap are both useless

This next one is a surprise, but for a slightly different reason. I knew that quest destinations weren’t shown on the map until much later in the game’s life cycle. But I had completely forgotten that new quests and quest turn-ins were pretty much nowhere to be seen. That “!” or “?” you’re used to seeing on the minimap (or maybe even the world map)? Neither is there. Ever.

One of the hardest habits to break — and one I still haven’t actually broken — is constantly opening my map to see where I need to go. Pretty much every time I get a quest, finish a quest, move on to a new quest area, or do anything quest related at all, I open the map… and it’s no help at all. I never realized how much I instinctively open the map until I started doing it to no avail in Classic. 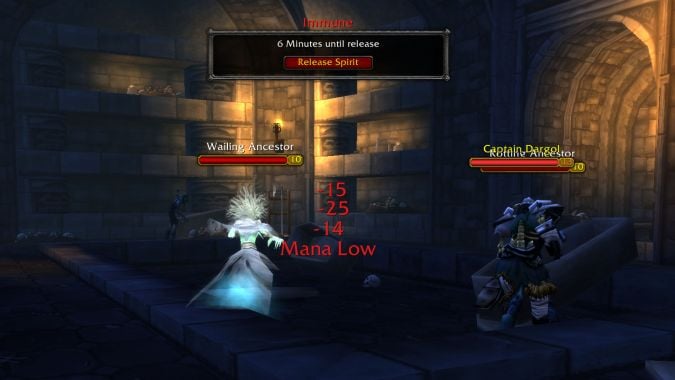 3. Spell push back is horrific

If you play a caster, you’ve probably experienced a melee attack pushing your cast back a small amount before. The thing is, Blizzard changed it a long while back to make it so you’d only experience this sort of push back for one or two melee attacks before a spell would continue uninterrupted (unless, well, literally interrupted). In Classic WoW, you don’t have the luxury of a limited amount of spell push back. As a result, if you’re a caster fighting a melee enemy, it’s going to take you a lot longer to get a spell cast off.

The real kicker here is that nothing about this changes when you’re fighting multiple enemies. It won’t be uncommon for casters to pull two or three mobs only to find they can’t even finish a single cast before dying thanks to constant spell push back. It’s one of those things I unconsciously knew had been changed for a while but something I completely underestimated in terms of how big of an impact it would have on my ability to fight enemies. 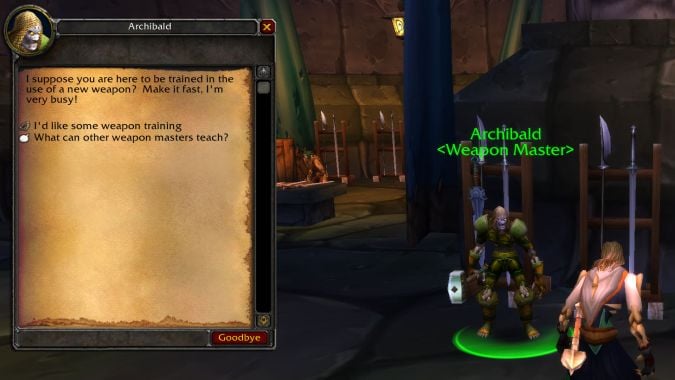 4. You have to train to use weapon types — and it’s not cheap or easy to get

Up front: I completely, 100% forgot that this was a thing. See, back in Vanilla, you started with a weapon, as you do now — but that weapon type (e.g., maces) was the only freebie you got. Every other weapon type had to be trained from a Weapon Master before you could equip anything of that type… and there were multiple Weapon Masters, each in a different capital city. Training from a Weapon Master wasn’t cheap, either. One additional weapon type costs 10 Silver to purchase. And while I realize that may not sound like much now, I promise you it’s a large hole in your pocket in Classic. Never mind if you intend to buy all weapon types — one alone is going to set you back a ways.

So, as an example, Priests start with a mace. I’ve seen both daggers and staves drop that would be useful for me, but I can’t equip either of them. What’s more, the person who teaches me how to use staves is all the way over in Kalimdor — but I’m playing a Forsaken, who starts an entire continent away. Thankfully, that person is in Orgrimmar. But had they been in Thunder Bluff, guess what? I’d have to — ahem — hoof it there, because Orgrimmar and Thunder Bluff aren’t connected by flight or by zeppelin in Classic.

Admittedly, I can’t remember if some classes are granted multiple weapon types off the bat. However, no class is going to start with the ability to wield all of the possible weapon types they’re capable of using. 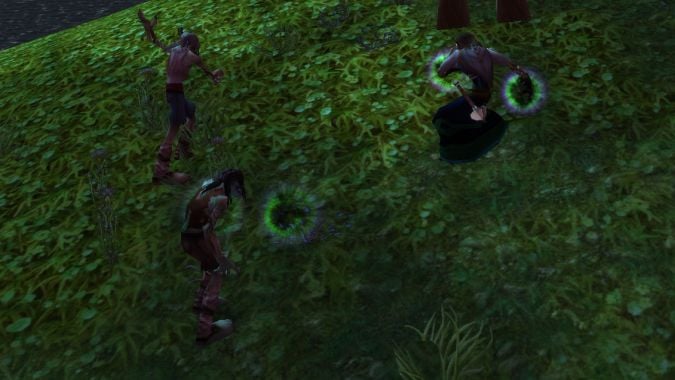 5. The input delay was different

This one is a bit more on the technical side of things, and if you don’t read up on changes, it’s one of those “can’t quite put my finger on it” aspects of Classic that I expect a lot of people will say feels different without knowing why. See, toward the end of Mists of Pandaria, Blizzard changed how often the game processed inputs and the priorities of those inputs.

I’m making these numbers up for sake of example, but nowadays, let’s say the game processes spells every 0.001 seconds. So, if you cast Polymorph against another player who also is casting Polymorph against you, as long as you start casting 0.001 seconds before the other player, you’re going to Polymorph them before they Polymorph you. However, Classic WoW processes actions more slowly. Let’s say 0.2 seconds (again, made up number). So now, you and the other player both hit Polymorph within 0.15 seconds apart. The game processes them in the same “batch,” so the end result is that you both Polymorph each other.

Again, all these numbers are made up, but the point is the same — playing Classic results in a lot of moments where you and an enemy both hit each other with an ability at the same time or, alternatively, it looks like your spell finishes casting, but the game processes the enemy’s interrupt sooner. It’s a technical change, but it’s one that you’ll begin to notice pretty quickly (especially as a caster). 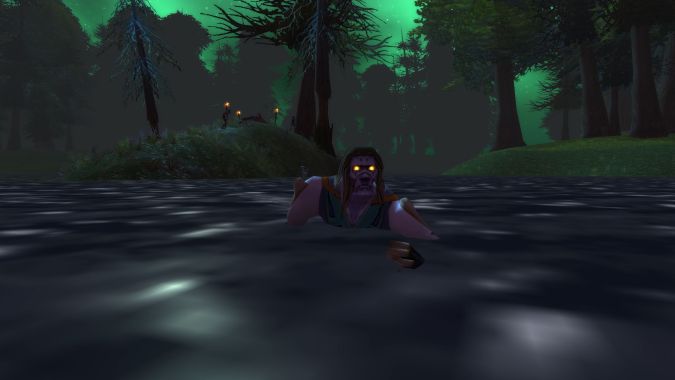 6. Water will dismount you

This one’s smaller in the grand scheme of things — and, no, I don’t personally have a mount yet on the Classic beta — but it’s another thing I had completely forgotten about until someone on Wowhead brought it up during the initial round of “not a bug” posting. Even a small amount of water will dismount you if you pass through it and your mount can’t reach the ground, resulting in you needing to re-summon your mount. And remember, mounts took twice as long to summon as they do now. It’s a little thing, but one that’s going to really throw people for a loop until they get used to it.

I’m sure there are plenty more aspects of Classic that will surprise me — I’m only level 11 right now, after all — but these stuck out to me most off the bat. I’m interested to see what else can surprise me as I continue playing, and I’d love to hear what surprised some of you guys, too.

Blizzard Watch is made possible by people like you.
Please consider supporting our Patreon!
Filed Under: Wow Classic Beta, WoW Classic Changes
Advertisement