The Queue: Another day, another (sweet) vicious beast 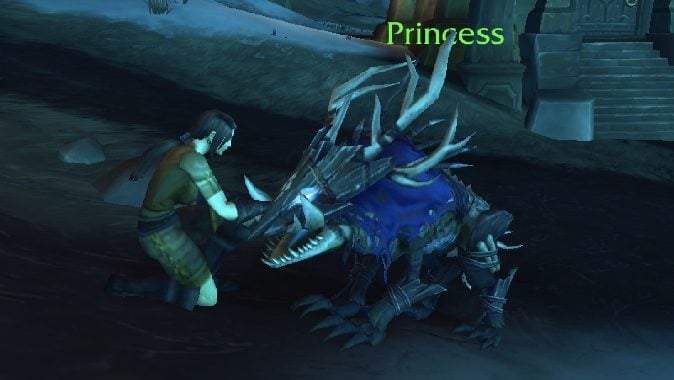 This is the sweetest story in Battle for Azreoth and you can’t convince me otherwise.

Q4tQ: should I be cranking up the background down loader yet?

I’d say that’s a pretty good idea. The patch is available on the background downloader right now, and it’s definitely better to download it before launch day.

Q4tQ: Besides having new areas to discover and roam around in with 8.2. It seems like Blizzard is also addressing a major problem of BfA when it comes to the current gear rewards system. With the new essences system, Blizzard can keep the current gear caught up system in place, and at the same time have a gear progression system that feels rewarding and challenging for low to high end game content like Mythic+ Dungeons, Normal or higher raiding, and even with PvP.

How do you feel about the new essence gear system and do you think it fixes the problem of gear progression not feeling rewarding because of the gear caught up system? To me this seems BIG. A real game changer and in a good way!

The problem I have with Azerite gear is that some traits are really good and some traits are really bad and despite the appearance of customization, you inevitably end up with either one good choice per tier or no good choices per tier. And even with good choices, they very rarely do anything to your playstyle. You click whatever you want and it offers a buff so minor you never notice it. And if you’re gearing up, you go with Azerite pieces with higher ilevel and higher primary stats, and if you don’t care for the Azerite traits on the highest level gear, that’s just too bad.

It adds a lot of complication without actually affecting anything. I find the result tedious, at best.

I like the idea of Essences because, like Artifact powers, they will change how you play. What you pick will (mostly) have a direct impact on gameplay — you will play differently based on which Essences you pick. That’s a lot more interesting than Azerite’s click-it-and-forget-it strategy. I am a little concerned that, like Azerite traits, some Essences are just bad, but it does look like everyone has more than one viable choice here.

TLDR: It looks good, but I want to see how it works in action before claiming it wholly a success.

QftQ: For Classic WoW will we have to pay a separate subscription fee?

Q4TQ: Cyborg body, yea/nay? There, I got a question asked. I am down with mechagnomes now suddenly.

The problem with cyborg bodies is that they probably malfunction as much as our current squishy human bodies, just in a different way.

Dragon vs. octopus? As much as I like both of them, I think we’d have some BBQ octopus.

Ursula is powerful witch and she’s tremendously good at deception and general conniving… But Maleficent can turn into a dragon.

Q4tLiz: is Anna really, truly sorry? As the “filed under” suggests.

I think it’s more of a “sorry not sorry” kind of thing. Sure, she’s sorry, but not sorry enough not to do it again.

Ooooooh, I have a great question for Mitch. So I’ll probably forget to ask it tomorrow

So, make with the question, Kalcheus!

That is all for today, my friends. Take this Wednesday and make the best of it, won’t you?