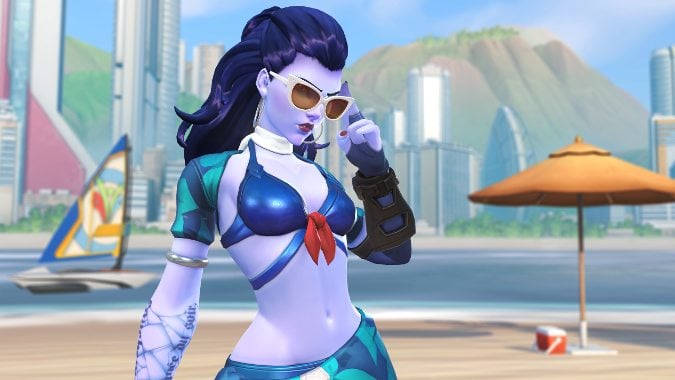 I’m either typing this on my laptop while sipping a daquiri with my toes dipped lazily into a pool, or hunkered down in my air-conditioned office with the lights off, hoping my feral children don’t notice me. You can decide which you’d rather believe but I’d just ask that you not make sudden movements and try to stay quiet.

Not too quiet, though — ask whatever questions you want for some answers tomorrow!

CAPTAIN CAKEWALK GOT OUT IN FRONT

Is there a way of telling if a character has been boosted? The reason I ask is that I have another account which has another Gnome Hunter on it and I think it was boosted but have no clue. Thanks in advance! :D

Checking reps is my surefire way to know, I’d say. If you leveled 1-60 you’re sure to be honored or higher with at least one of the main five reps for your faction. For Blood Elves that Tranquillien rep is a dead giveaway, but unless you go out of your way to level solely by grinding mobs you’re gaining rep for somebody.

I’m the type of person who just hangs on to a whole bunch of random crap, either because “this is unique so I want to keep it” or “eh I’ll just sell it later” so a clean bank would be a gotcha, especially if that reagent bank is empty. You never know when I’ll need this Fel Iron. Get off my back.

SAGRETTI HAS AN IMPORTANT PSA

PSA: Don’t use the Pressure Relief Valve you receive in Mechagon today to summon a special rare (the Doppel Gang). The summon process is currently bugged and has a high likelihood to fail while consuming all the summon items. Since you can’t get another of these items until the quest rolls around again, you just have to camp the spawn point and pray someone else succeeds. Best to wait until Blizzard fixes and it consistently works.

It’s likely this will be fixed sooner rather than Soon™️ but for now it’s good to know. Thanks for the tip!

KALCHEUS ASKED FOR A NOVEL, SO HE’S GETTING A NOVEL

Q4tQ: Does the lack of Q&A in WoW bother you? Like how did Xavius know throwing a corrupted tear of Elune at Ysera would corrupt her? Or how did Azshara know she could use the Tidestone to open up a section of ocean without killing everything in it?

I’ll tell you the answer to these questions if you tell me where you pulled that enormous dragon mount from.

Less glibly, the WoW universe is so large and long-ranging that virtually everyone is bound to have crossed paths and accumulated knowledge about everything at this point. Xavius and Azshara have been around for at least 10,000 years, and they worked together very closely at the beginning of that time. It’s likely that they learned of these incredibly powerful magic MacGuffins when they were working together. Even if not, they had 10,000 years between then and now, and they spent that time trying to scrabble together any scrap of power they could. They probably picked up a book at some point.

I will say there are a few things that make me scratch my head in WoW, but they tend to be less “how did you know to do X” and more “why are you doing X.” The lore of WoW is 20+ years in the making so a lot of the older stuff is strung together with duct tape and deus ex machina, but the stories they’re writing now have far more nuance and depth.

It’s funny how, as the story gets better the bar for what the story could be is raised. Back in 1999 “me not that kind of Orc!” was fine. Now we have both the lore podcast and lore columns to try to shape all the info we have into a more satisfying package — and it’s kind of necessary. The groundwork for Jaina’s current storyline ties very deeply into her actions when the Horde first invaded Theramore, which happened in Warcraft 3.

Personally, my biggest quibble right now is the fact that Anduin is High King. It definitely makes for a much more interesting, character-driven story with Anduin struggling to fill the shoes of his father. The two had so little in common both as rulers but at a deeper, more fundamental level, and Anduin’s youthful idealism also runs counter to a lot of the realities of governance. However, standing by is one of the most powerful magic users of this age, a battle-hardened werewolf, a triumvirate, a master inventor — all kings and queens by their own right — plus a 10,000 year old priestess with a direct line to a goddess, and a 25,000 year old prophet of the naaru. We’re just gonna hand the scepter to a teenager in a default dynastic monarchy? Really?

MISTAH JAY HAS A MONKEY PAW

Yes, but only if it has a fish face and dragon tail. You can only use it in the water or the fish face suffocates, but it can’t swim any faster in water because its body is a dragon.

You have 2 wishes left on this monkey paw.

Blizzard Watch is made possible by people like you.
Please consider supporting our Patreon!
Filed Under: Monkey Paw, Mounts
Advertisement