The Queue: All according to plan 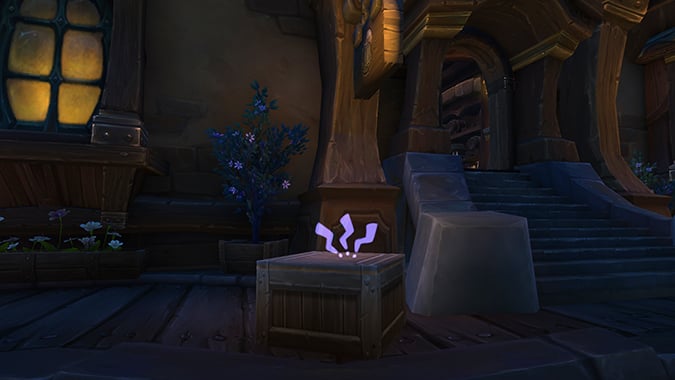 Don’t worry, everything’s perfectly normal here, nothing to question in the slightest. Except, of course, the questions you guys have for us — so let’s go ahead and answer some of those, shall we?

Q4tQ: what’s the trend-based, educated guess on when we’ll start to hear of 8.2.5, either through PTR datamining or some kind of big reveal stream? We’re at an unprecedented (for this expansion anyway) precipice of knowing only the goblin/worgen stuff and nothing else and I’m excited to see what’s next!

I don’t know if it’s necessarily trend based, but I’m expecting we’ll see something about 8.2.5 either mid-August, or mid-September. The only reason I’m saying this is because WoW Classic launches on August 27, and I suspect Blizzard would like to either A: test out the 8.2.5 PTR early, before Classic goes off with a bang, or B: hold off on PTR testing until after the initial mad rush of leveling on Classic peters out.

Basically, I expect a fair chunk of the WoW population to stampede over to Classic initially, just to check it out, even if they don’t intend on playing for long. I don’t think Blizzard is going to overlap Classic’s release with a PTR. I’m assuming they’ll either release it a little before, to get some initial testing underway, or a little after, when people finish determining whether they’re going to stick to Classic for awhile, or give it a pass and turn their attention back to Battle for Azeroth.

Q4tQ: Would you prefer a game to have bad voice-acting from a human, or automated text-to-speech as VA?

I would never want automated text-to-speech. I’d sooner say just leave the character voiceless, and let the writing do the work instead. If you leave a character silent, it gives the player room to just kind of conjure up a voice in their head while reading the lines. Bad computer dubbing is just…bland and lifeless. And even if the voice acting isn’t quite on the nose, having a real human voice is better than robotic monologue-ing.

Does the intro to Nazjatar cinematic feel like something is missing? The Horde sets out to attack the Alliance navy with all of their forces, and then suddenly it’s three ships running away.

Yes. And it probably should. You may be a member of the Horde — a champion, in fact — but that doesn’t mean you’re automatically allowed inside info in regards to the plans of the Warchief. Keep in mind that after the Battle of Dazar’alor, there was very little left of the Zandalari fleet. The Alliance saw to that. Meanwhile, the Alliance has a much larger navy at their disposal.

Or, well, they did, until the Horde led them right to that “sudden” sinkhole in the middle of the ocean and sent all those ships right over the edge before they could even begin to process what had just happened. Technically speaking, the Alliance and Horde are now on much more equal footing when it comes to maritime warfare — because all the ships are busted.

And also keep in mind that Nathanos almost seemed to expect this to happen. If you watch the intro cinematic, he isn’t taken aback by the sudden appearance of that column of light. It’s almost as if he’s expecting it to show up. As for Azshara, her dialogue implies that she was expecting both fleets, and simply waiting for them to arrive.

Whether or not a deal was struck between Sylvanas and Azshara is up in the air. But what we do know is that Azshara had her people looking for Xal’atath — their orders are what originally sent us on that quest to go find it. Nathanos was pretty conspicuously holding that blade on the boat ride, and said he had orders from Sylvanas.

As for you…well, you’re not privy to the why’s of the situation, you’re just expected to carry out your orders and not ask too many questions.

Do you think allied races should be easier to access? If so, how? Free after its introductory expansion ends? Cash shop?

I actually like the methods they’re using to unlock the Allied Races right now. These guys are supposed to be allies — it makes perfect sense that we’d have to earn their trust and gain enough reputation to impress them before they decide to throw down and join forces with either side. And it makes sense within the frame of the ongoing narrative as well. In an expansion heavily leaning on the backdrop of a vicious faction war, it’s only natural that both sides would go looking for allies to strengthen their forces.

But — there is a but to all of this — it works right now. Depending on how they resolve all this war stuff, unlocking these races in future expansions might seem like more of a slog than most players are willing to undertake. I still think they should keep the rep requirement in place — again, it makes logical sense from a story standpoint — but I think they should greatly increase the speed at which you earn reputation in future expansions, for those looking to go back and unlock the Allied Races.

By greatly, I mean no time-gating to the rep grind. Let people buzz through it in a day or two if they want to do so. At that point, the story’s no longer part of the main narrative, so fast-forwarding through it should be an option, you know? Use the same mechanics, just speed ’em up.

I wonder why Blizzard hasn’t used the Windrunner sisters interaction outside of the comic?. It feels like wasted potential, kinda like Illidan and the Night Elf Trio in Legion. Well, Sylvanas has barely been used, but it makes sense for all three to be used right?

Attentions have been turned elsewhere. Sylvanas is the Warchief of the Horde — she has more pressing matters to be thinking about, what with the discovery of Azerite and the faction war. Alleria is still very much aligned with the Alliance, even more so after her treatment when she visited Silvermoon and broached the idea of leaving the Horde to Lor’themar. Sure, Lor’themar might’ve considered that possibility once upon a time, but Jaina’s purge of Dalaran pretty much swept that notion right out of the picture. And Alleria’s dealings with the Void closed that door altogether.

As for Vereesa, she’s returned to Dalaran to be with her sons, and that’s where she’s stayed, as far as we know. Her words at the end of Three Sisters were incredibly important — that impromptu apology granted both Alleria and Vereesa a reprieve. Sylvanas fully intended to have them both slain that day. She changed her mind when Vereesa apologized, and let them both go. As Sylvanas put it, “Let them cling to their sorrow-filled lives a little longer. In the end, they will serve death. They will serve…me.”

Their meeting was, as Alleria put it, a personal matter — not a political one. So the details of that meeting aren’t something that any of the sisters are likely to just flat-out share with others. Right now, Sylvanas is pulling strings behind the scenes and weaving an intricate web we haven’t begun to fathom just yet. Once she comes to the fore — and I believe she will, sometime soon — I’m guessing Alleria and Vereesa will take a larger role as well. Especially Vereesa. Sylvanas has a soft spot for her little sister. It’s a weakness, and Sylvanas has very, very few of those to speak of.

Will we ever get a hardcore Heavy Metal cover of “Dolly and Dot are My Best Friends”?

I don’t know but I threw the question in here because now I’m desperately hoping we’ll see someone do just that at BlizzCon 2019. Someone? Anyone? Please?