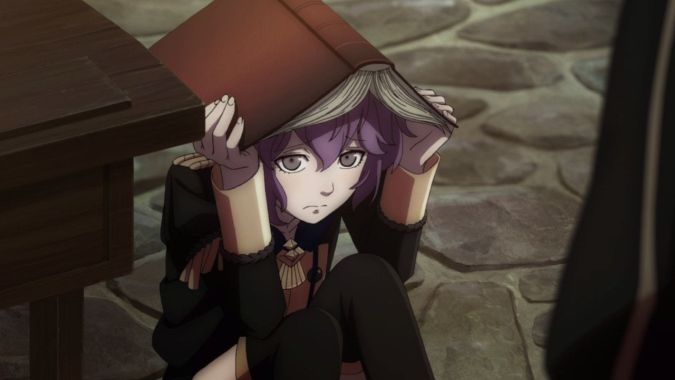 Remember last week when I said I had a Queue all set but then Adam’s stupid typo made me decide to go a different route? Well, guess what! I saved that Queue, and it’s been brought back for this week. In other words, a good portion of these questions are from last week. Thankfully, you didn’t ask a tooooon of questions this week, so I was able to fit in new and old alike.

CAPTAIN CAKEWALK THE WANDERER HAS AN OBSERVAUSTION:

Random-Thoughts: Hmm, is it me or does BfA feel a bit like a jumping off point for the next expansion, like Warlords was for Legion? I mean I don’t consider BfA to be anywhere near as bad as Warlords but the similarities in the way the stories are written, with an ensuing war on a planet only to come back and then fight the really big bad we needed to focus on to begin with.

I totally agree that BFA feels like a bit more of a “setup” expansion, but not necessarily for the reasons you mentioned. My biggest reason is because that’s generally been the pattern with all of WoW’s expansions after Wrath. Every other expansion (Cata, Warlords, BFA) sees a dip in player count and general attitude toward the game, while the remaining expansions (Wrath, Mists, Legion, likely 9.0) see a large increase in player count and attitude toward the game.

Part of this may be due to the addition of a class in each of these. It’s hard to top the excitement that comes from a new class no matter what Blizz does or where we go. But it’s also because, as you said, the expansion that came before did a lot of setting up. It’s just sort of the pattern WoW’s had. Would it be nice if Blizz could change that and have us super hyped over every expansion? Sure. Will I unsubscribe if this pattern never goes away? No.

ARTHONOS ASKS ABOUT THE GAME I JUST BEAT YESTERDAY:

Q4tQ: Which did Mitch pick: Golden Deer, Black Eagles, or Blue Lions? (Also just use this space to talk about Fire Emblem in general and what you think of the game)

Oh, I went Black Eagles all the way. And I followed it up by firmly placing my loyalty with Edelgard when the time came. I mean, they have a cool name, a badass (and cute) leader whose name is basically “Edgelord,” and some dude who looks like Gerard Way. How could I not pick them?

I actually just beat the game yesterday, clocking in at a solid (though apparently low?) 40 hours. I was playing on Casual/Normal to see the story, and boy, was it a story I enjoyed. The Black Eagles story is, I’ve heard, the most morally complex and dark, which is right up my alley. I don’t want to spoil too much, but still. It was great, and I’m looking forward to NG+ where I can see the other classes’ stories and make everyone my BFF.

Q4Mitch: what are your (spoiler-free) thoughts on Fire Emblem: Three Houses? How would you recommend it to your Blizzard Watch audience?

Okay, I sort of answered the first part of that in my last answer, but in terms of recommending it, I would do so through performance art.

…Just kidding (and I hope that joke landed on its intended target).

Anyhow, I’d recommend it to anyone who likes character-focused games. Each house has a selection of students, and you get to know them very well over the course of the game. You can, of course, recruit many of the other houses’ students and learn their stories, but at the very least, you’re going to get to know your own houses’ very well.

And while they might first feel like archetypes, I was genuinely surprised at the depth the game managed to add to them and how much they all grew on me by the end. Plus, some of their backstories were a lot more serious than I expected, and it was cool to discover that. Basically, if you liked recruiting and learning about allies in Mass Effect 2, you can get a lot of that here.

But I’d also recommend it to anyone who hasn’t played a Tactical RPG but wants to give them a try. It’s a good introduction to that world, and it has a lot of QOL changes the other Fire Emblem games did not have. And if neither of those sound like good enough reasons… all the cool kids are playing it right now. You want to be cool, don’t you?

KALCHEUS, I PLEAD THE FIFTH:

Q4tQ: Have you ever multi-boxed? I did some barebones multiboxing (read: I don’t even sync abilities, just had follow in place) with RAF toons to powerlevel them, but I’ve never contemplated doing more.

I’ve only ever done something like what you’ve described (two accounts running at once). If I ever wanted to set up ability syncing for that, it would be because I’m going all out with the multi-boxing, getting a full party, and just having at it… which, really, is not a thing for me. It might be fun to do that and nuke players in PVP, but I certainly don’t need it for the leveling. I have enough toons. I barely play most of them.

JAXDADDY FINDS A TOPIC THAT TUGS AT MY INSTRUMENT STRINGS:

QftQ: Which WoW music is most sentimental to you and why?

“To the End of the Earth” is always the first one I think of when people ask me this sort of question. It’s the music that played when you first took the zeppelin to Howling Fjord. Wrath of the Lich King was the last expansion that I went to a physical midnight release event for, and the days-long grind from 70 to 80 that culminated in a Realm First! achievement is one of my favorite WoW experiences ever. Every time I hear that music, I’m immediately taken back to those first steps I took onto the zeppelin with one of my best friends.

Plus, it’s very fitting for what’s happening. It’s not bombastic, and it’s the kind of music you’d expect when you’re heading to the frozen north, about to face off against an endless army of undead. This isn’t the song that gets you pumped to fight. It’s the one that tells you you’re embarking on a solemn journey.

SPENCER MORGAN HAS HIS USUAL ROUND OF QUESTIONS ABOUT… ME!

Q4tQ: have you ever heard the story of the Tuesday War?

Q4tMitch: what was it like ruling over the land Tuesday? Before Elizabeth destroyed your physical form, banish you to the Darklands of Thursday? Is it because of you we call it ‘The Darklands’ now?

The Tuesday War is not a story the Alliance would tell you. Before I was sent to Thursday?… Okay, it was actually more stressful than this. Mondays tend to be busy, and I volunteered to shift days around when Anna got rotated in permanently and asked about swapping days. Thursday Queues just plain work better for me.

So, I guess you could say Liz only made me stronger.

JAXDADDY HAS ANOTHER QUESTION, BUT IT’S FROM THIS WEEK:

Will anybody be trying out No Man’s Sky in VR now that the new update is live? I’ll have to wait until tomorrow or Friday as I try to finish up a white paper for work.

I would absolutely love to… but I probably won’t. I’ve written about this once before, but I really would love to be part of the No Man’s Sky community, because it seems like a lovely, special bunch in a game that checks a lot of boxes for me. But I don’t have much time for it. And even though I don’t have VR — which I totally wish I had — I may hop in for a small bit to check things out, only to lament later on that I didn’t keep up with logging on.

KALCHEUS IS ABOUT TO BE DISAPPOINTED:

Q4tQ: do you think Blizzard should allow customized manual “/played” time trackers? I’d be interested in knowing how much time I’ve spent waiting for Rustfeathers on my toons, or camping Skoll.

Should Blizz allow them as part of the base game? I mean, sure. They should allow them. But they have no reason to implement them — that’s what addons are for. There are definitely some addons that Blizzard’s incorporated over the years, but by and large, addons exist to keep WoW relatively bare bones.

Plus, the system you’re describing sounds like something that couldn’t be automated. And in that case, why not just start/stop a clock on your own watch and write the numbers down in Excel? Really, an in-game timer like that would probably need you to start and end it, which means all that the game’s doing is adding. And, again, Excel can help with that.

It would certainly be interested if Blizz made WoW a more customizable game by default, but it is what it is. Maybe we can revisit this topic when Blizz allows us to customize our action bars.

That’s it! Guess what? We made it to Thursday, y’all. One more day and it’s weekend time! You got this!