The Queue: Ah, a classic Queue 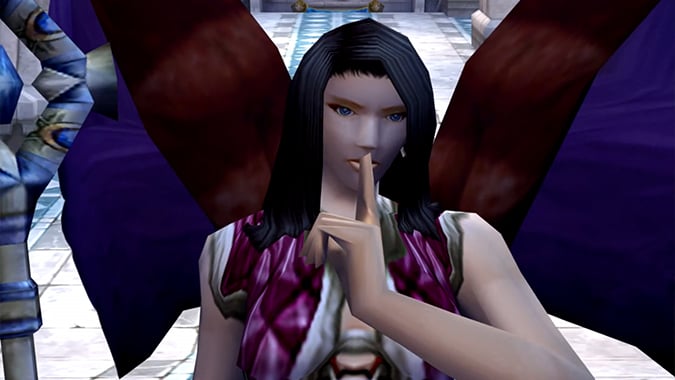 Hey guys, I gotta clue you in on this amazing machinima I found! It’s called The Craft of War: Blind. You guys have got to see this thing.

Speaking of old chestnuts, we’ve got quite a few questions about Classic today, so let’s get to those, shall we?

So . . . how the heck *do* you get a group of 40 people together? How did they do it back in the day? Were they all guildies? Did people still send messages via carrier pigeon?

Typically speaking, yep, they were all guildies — each server had a variety of massive raid guilds to choose from, with way more than the 40 needed to actually hit a raid. There were also some servers that had conglomerates of smaller guilds that banded together to raid on a regular basis as well, but those were less common. Getting the group together was an exercise in personal responsibility, one that was rewarded with those coveted raid spots.

In my guild, our raid leader would let people know when raid invites were going out. It was up to the players to show up at the raid entrance on time with consumables, repaired, and ready to go. Priority was typically given to those that were physically present when the clock hit raid time, because otherwise we’d have to wait forever and a day on summoning everyone with the warlocks. As it was, we still had people who needed to be summoned every week.

As for recruiting, it was all done via the server forums for the most part. In my case, I made friends with a couple of people while leveling, and it turned out that they were alts of players in one of the major raid guilds on the server. As I crawled closer to 60, they encouraged me to apply once I hit it — I was playing a priest, and those were always needed.

There were always people filtering in and out of the raid guilds — usually people that expected to be showered with loot, and were disappointed when they realized they were going to have to wait their turn. But since servers were pretty much closed communities at that point, word of mouth got around in regards to poorly behaved players, and they’d eventually find themselves on their own, because none of the guilds would take them.

Q4tQ: With Classic starting up, if one plays on an RP server, would it be viable/fair/good/bad RP to play “knowing” what’s coming down the road story-wise? Like say, playing a medium or fortune teller and warn people about the “bug invasion” coming soon?

Fascinating question! On the one hand, yes — you the player know what’s going to happen, so you could easily play a character that’s a soothsayer or fortune teller, and have them be reasonably accurate. On the other…you’re kind of teetering on the edge of what’s known as “god-modding” — playing a character that tremendously OP, whether because you tell people they cannot die/cannot be injured due to extraordinary circumstances, or they happen to be all-powerful omniscient creatures.

The difference here lies in whether or not you’re insisting that your character is always right. A character with no faults and no mistakes might be fun to play, but it’s not necessarily a character people find fun to play with. Roleplaying is all about playing with other people — you can choose who you do and don’t want to play with, and they can choose whether or not they want to play with you. Some people might be cool with the idea of a soothsayer or fortune teller…but others would rather play as blank slates.

Classic poses an interesting new dynamic — how do you effectively roleplay in a setting where the story has already been established? Do you choose to play along with the story, even though you know what’s going to happen? Or do you ignore the story altogether, and craft your own tales and adventures in this pre-established universe? That’s up to you, really.

And you can roleplay whatever you want — there’s nobody stopping you from doing so, if you think it’s a good idea. Just keep in mind that your ideas, no matter how good you think they might be, may not necessarily be acceptable to every player out there.

Q4tQ: What should have gold priority in Classic: talents/skills, professions, or saving for a mount?

Skills, hands down. You’re going to have to purchase new spells and new spell ranks as you go along — and those should absolutely take priority over everything else, because you’re going to be marvelously ineffective without them. Second on the list are professions, particularly if you’re crafting gear for yourself or others. Mounts are dead last on that list. I’m telling you right now, do not expect to purchase your first mount the second you hit level 40. Chances are, you’re not going to have the gold for it.

Basically it boils down to this — you need those skills and spell ranks to survive out there in the world while gathering stuff for your professions. You need those professions to hopefully make yourself some gold. That gold can then be used to purchase your mount. I will say that you want to be incredibly frugal while you’re playing if you want to nab a mount as soon as you can. Don’t go buying gear off the Auction House, make do with what you find and what you craft. Sell what you can’t use, and post it at reasonable prices — because every buyer out there is exactly as dirt poor as you are.

Q4tQ: If I do decide to give classic a try, what is there to do at end game besides raiding?

In Classic…not a whole lot, as it turns out! There’s PVP to participate in if you like that sort of thing, and eventual Battlegrounds. There are several high-level dungeons to farm for gear. But there were no Achievements to work on back then. Pets took up space in your bags, so you didn’t really want to farm a ton of those. And the Pet Battle system wasn’t around, so you couldn’t really do that to pass the time, either. Transmog wasn’t a thing, so you couldn’t really work on collecting stuff for your wardrobe.

Most of the time, if you didn’t want to raid, you rolled an alt — unless you were on a roleplaying server, in which case, you spent a lot of time roleplaying. And if you wanted to be a gold baron, you could certainly do that. Just level up professions that make items useful to raiding — potions and flasks are a good bet — and post those on the Auction House. Or go out in the world, collect profession leveling materials, and sell those on the Auction House.

Q4tQ: which Classic NPCs are you *not* looking forward to seeing again? I always hated that roving band of Night Elves on the Barrens.

Look, if you spent any time at all in Silverpine Forest back in vanilla, you know who the Sons of Arugal are, and how absolutely terrifying it was to accidentally run into them. But I’d have to say either Stitches, or just the good old Devilsaurs stomping around in Un’goro. Half the time you didn’t know the Devilsaur was coming until it was right on top of you — and if you didn’t run fast enough, it was a pretty swift trip to the graveyard.

Q4TQ: if you have a level 100 boost still on your account, does it upgrade to 110 automatically when you redeem it? I’m considering saving my 110 boost for when 120 ones come out, but not if it stays 110.

If you’re talking about the level 100 boost that you got when you purchased Legion, nope. There’s been…I think exactly one instance where old boosts got upgraded, but it’s not something you should expect to happen. If you’ve got a boost, go ahead and use it — and if you don’t really feel like leveling an alt, let it sit there. But don’t expect it to magically appear as a higher level boost in the future, because there’s no guarantee that it’s going to happen.