The story in World of Warcraft has changed significantly since the game arrived in 2004. Along the way, we’ve become involved with some NPCs and locations which are now merely names said in hushed tones. They were part of our life and their removal or change caused some anguish. In WoW Classic these people and places will once again be part of the overall story. Here are a few NPCs and places you’ll be meeting or hearing about again which are no longer in the game.

I generally play Alliance, but I have a couple Horde toons including a Tauren. The Tauren story appealed to me so I found myself drawn to their faction leader, Cairne Bloodhoof. His death in The Shattering was very, very tough to take. Of all the leaders returning, Cairne is the one I’m most excited to see standing in his usual place.

Speaking of standing in his usual place, Vol’jin is very much alive and standing in the Keep next to Thrall. The return of Thrall to current content notwithstanding, he is the leader of the Horde. If you don’t know any Orgrimmar other than the Garrosh-built city, prepare to be totally lost for a time. Thrall’s keep is in the Valley of Wisdom, roughly where one of many banks is today. He was always slouched on his throne. To me, he looked the world-weary leader, bound by duty to be where he was, but unhappy. 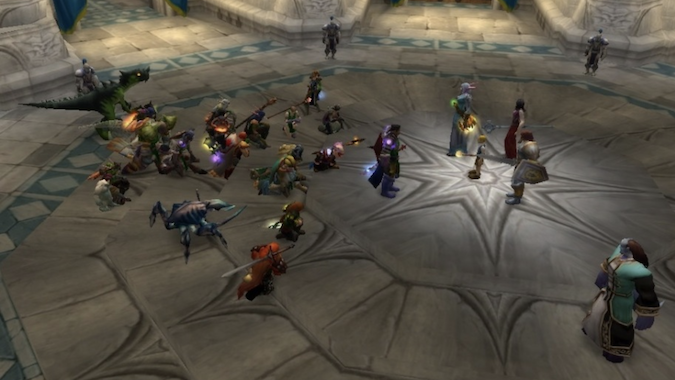 Varian Wrynn is alive in Classic, although you never saw him. Prior to Patch 1.9, you could go to Alcaz Island where Varian is kept in an underground prison. Getting to the island involved a fatigue swim and the Naga on the island and in the prison were elites. His presence didn’t serve a purpose and the NPC was removed with this patch.

This leads to who is ruling in Stormwind in the absence of Wrynn. Why it’s young Anduin! In this screenshot of my guild presenting Onyxia’s head to Anduin, standing to his left is Bolvar Fordragon. We used to laugh at Anduin’s shoes — too big for a child his age. We wondered if he would ever “grow into” them. 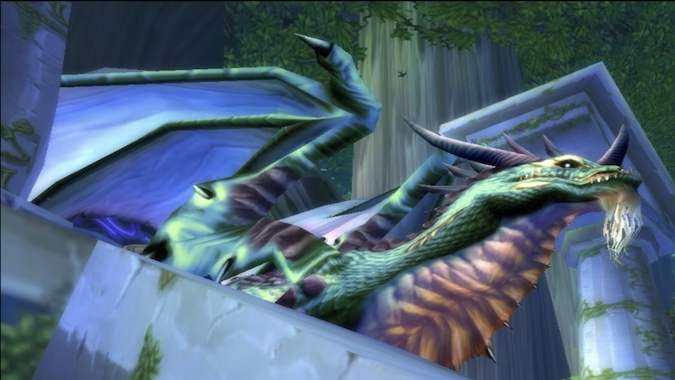 We saw these heroes meet their ends. Awkward.

One of the most dedicated career soldiers in the game was Bolvar Fordragon, who stood by Anduin’s side in the keep, and destroyed many of Onyxia’s minions therein. The game hasn’t hit me emotionally that much in the years I’ve played but his “death” at the Wrathgate made me cry. To have his story continued in the life of his daughter in Battle for Azeroth has been lovely.

As you run through The Cleft of Shadows in Orgrimmar, you’re going to find warlock trainers, demon masters, and other NPCs. With the Siege of Orgrimmar, nearly everyone in the Cleft of Shadows was wiped out because Garrosh didn’t like people summoning demons. In Classic they have returned, oblivious of their future fate.

Shall we talk about Tirion Fordring? Go help out an old man in Eastern Plaguelands and restock his food preserves by killing Carrion worms. The quest is called “Carrion Grubbage” and it leads to more killing before Tirion will tell you more of his “old man tales.” If you like the lore, you’ll have to do these.  Be advised, the drop rate on the worm meat was not so great.

Edwin Van Cleef returns. Van Cleef is the leader of the Stonemasons who rebuilt Stormwind but were stiffed for payment. Van Cleef leds them to Deadmines to try to get a revolution off the ground. In Classic, be prepared for confusion regarding what to call Deadmines. There is a group of people who call it “VC”, for Van Cleef, the final boss. There are also people who call it “DM” — irrespective of that being used as a moniker for Dire Maul. I always called the latter “Maul” and kept “DM” for Deadmines. Your mileage will vary.

World dragons will be back prowling the locations of Duskwood, Ashenvale, Feralas, and Hinterlands. Their story is concluded in Feralas near Camp Mojache. It’s a sad tale told by Ysondre. 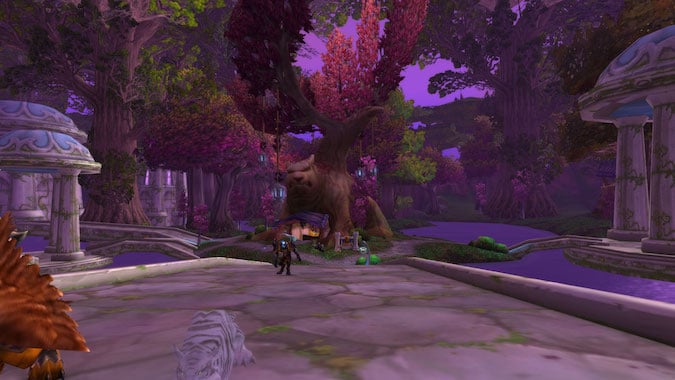 Destroyed places will be far less damp or burned.

We will of course, have Darnassus and the whole of Teldrassil — and all its civilians — back unharmed. This means Alliance, you can once again get dirt for Fandral Staghelm who is wholly ungrateful for your work. Speaking of restored Night Elf territory, The Long Wash and Auberdine were favorites of mine. When Horde did a run for Tyrande, these were great places to lie in wait to ambush them.

Undercity and Brill will be back. Orgrimmar confused me so I took my Tauren to Undercity, which turned out to be just as confusing — but at least that confusion was a circle. I rather liked Brill — a sleepy town with access to a major city. And who can forget the return of Southshore and Tarren Mill?

Feathermoon Stronghold is on its former island off Feralas. The Isle of Dread returns. This place is important to the Scepter of Shifting Sands, when that becomes available. Steamwheedle Port will be up and running again as will Camp Taurajo, the Great Lift, and a very dry Thousand Needles. You can go buy ice cream and a chicken at the race track in The Shimmering Flats.

Finally, my favorite place in the whole of Azeroth will return — the Loch Modan Dam. I used to log out on the dam or on the fishing pier west of Thelsamar. For a dwarf who had journeyed to the bug-infested land of Silithus and the Scourge-infested lands of the Plaguelands, the Loch brought peace.

A game’s longevity means it needs to evolve and that evolution can remove people and places you remember with fondness from a previous iteration. Who are you looking forward to interacting with again? Is there a changed place you’re excited to revisit? It will be exciting to see familiar places and people again.