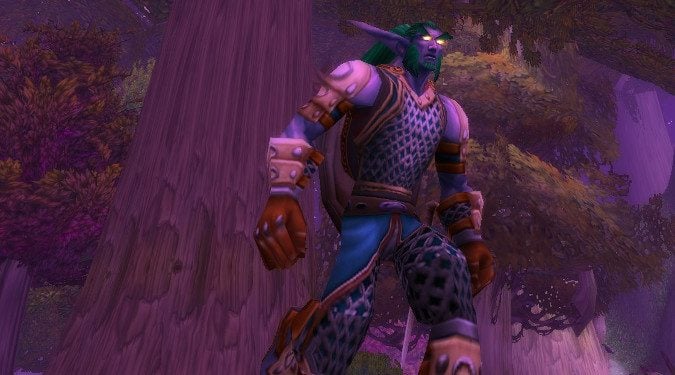 Leveling in WoW Classic lacks a lot of the amenities that we take for granted playing the live game in 2019. There are some obvious ones — no heirlooms, for example — but some changes over the past 15 years that are generally defined as quality of life changes are not at all present in this version of the game.

Luckily, since WoW Classic runs patch 1.12, we have some of those quality of life improvements. For example, the cost to respec your talents started decaying over time (by 5g per month to a minimum of 10g), making it somewhat feasible to change your talents occasionally. This isn’t WoW 1.0 which was broken in so many ways that I don’t think anyone would be clamoring for those problems to return.

But if you’re intending to play on the Classic servers, you’ll have to put up with some of these oddities and inconveniences. Here are a few things you’ve forgotten — or never even knew — about leveling in vanilla WoW. 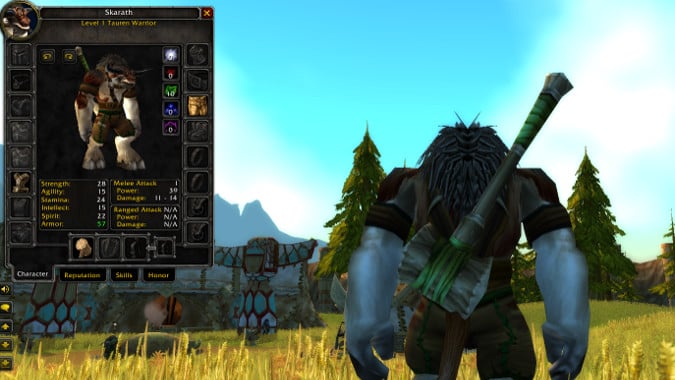 Everything moves slowly in Classic

You are going to level a lot more slowly than you’re used it. For starters, there are fewer flight points, your Hearthstone is on a 60-minute cooldown, and the concept of centralized quest flow that debuted in Cataclysm doesn’t really exist.

Be ready to explore

This is a game world that expects — nay, demands — that you explore it, tracking down quest-givers and searching for locations.

The game won’t help you do that. There will be no map markers like giant yellow exclamation points or question marks or big circled areas colored in to indicated this is where the mobs are. Maybe you’ll find them right away, maybe it’ll take you a while, but that’s part of leveling in Classic and you should be ready for that now. 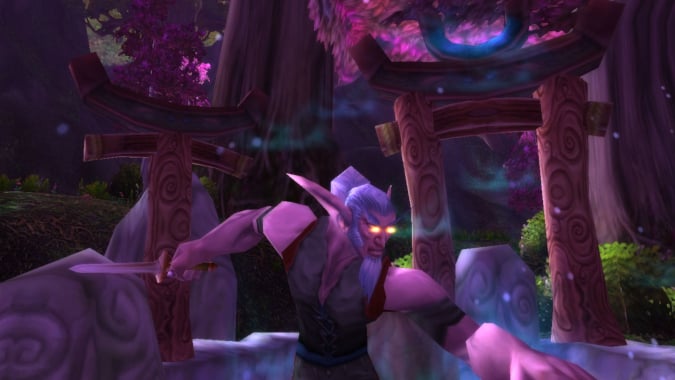 The game has a diffidence towards efficiency

Look, I’ll be the one to say it — get used to tabbing out to Wowhead. There will be almost nothing in game besides go southeast of Darnassus or they wait along the road to help you find those Gnarlpine Ambushers, and you’ll be killing a whole lot of Gnarlpine who aren’t ambushers along the way. (Though there are addons that can help with that.)

This is a game that very much doesn’t mind sending you back to areas you just cleared with brand new quests — even though if it had given you all the quests at once, you could have done them at once. WoW Classic laughs at this impulse. So get used to tabbing out, get comfortable with doing three or four quests in the same cave full of angry Furbolgs and having to make the run back to civilization to unload their filthy loinclothsand rusty weapons to a vendor in order to buy rank 2 of your main attack.

This is how leveling worked back in the day, and how it works now in WoW Classic. It is inefficient, it prioritizes you going forth and exploring, and it doesn’t care about wasting your time or mowing you down with constantly respawning bear men. You’ll be drowning in respawns while trying to stop and eat one second, and desperately running around looking for another Shaman because you just need to find that one quest drop that won’t drop. You’ll hoard every random body part and ruined item you can possibly sell because you’ll need that money to buy items to keep you from dying. You’ll stop and eat and drink after almost every pull. You’ll never have enough bag space. 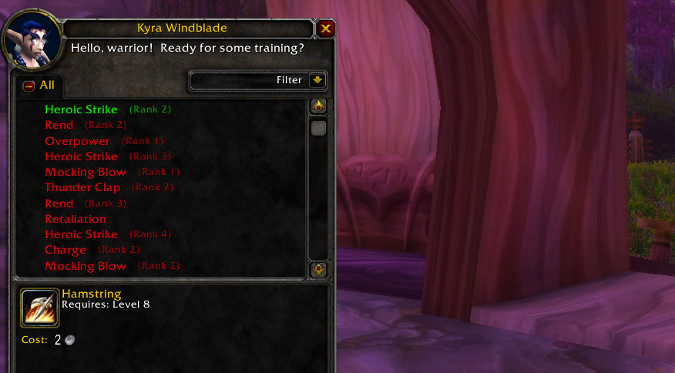 Bag space is tough to come by

Other things will prove to be more difficult than you remember. Getting bags in the starting zone is nearly impossible: they don’t drop often and none of the vendors that I’ve found have them until I hit Darnassus. This means you will quickly find yourself having to make decisions like do I collect all this junk for later vendoring and hearth or do I trash everything, stay here, finish the quest and end up much poorer after I turn it in? Deciding between that one hearth you’ll get in this hour of gameplay time you have and losing out on precious silver you could use to buy ranks in your abilities is painful.

Oh, also — you need to train your character, which means going to a class trainer.

Leveling is going to cost you

When you start out on your journey at level 1, you have almost nothing. Everything you kill is a source of gear whether it actually drops a piece of gray vendor trash or white quality items that are upgrades because you have nothing. Either you’re getting gear or you can make some copper pieces by vendoring those drops.

If you’re used to the economy on live servers, you are going to feel the difference when you play Classic and you’re harvesting every last piece of everything you kill that you can fit in your bags. You’ll sell it all, reap a few silver combined, and immediately blow every cent on things like new ranks and abilities, which you can’t use until you train them.

Green quest rewards aren’t for a while, and it’ll feel even longer than it actually is. You’ll only have your backpack to fit things until you finally get lucky on a drop or buy more bags, and every available slot will be tasked with getting you money to pick up the white gear available for sale at the first major town you arrive at after leaving the 1 to 5 starting zone. You’ll buy that gear because without it, you will likely die just doing the quests.

First Aid and Cooking are must-haves

You will also drop money on First Aid and Cooking and you’ll use both of them because without them your downtime between kills will be another factor keeping you from leveling atanything like a reasonable speed. Especially if you’re not playing a class with any healing spells, like a Mage or Warrior.

Nowadays First Aid became such an afterthought that they removed it, but back in the days we’re going back to with Classic the Triage quest was one of the most important quests you could do as you leveled up. It was a defining leveling moment.

It’s actually a lot of fun, once you get used to it. This is where the real difficulty in WoW Classic comes from — not in how hard the mobs hit, but in how little you have to start with. Players who leveled to 60 back then found their next alt was a lot easier.

Blizzard Watch is made possible by people like you.
Please consider supporting our Patreon!
Filed Under: Classic Leveling, Leveling, Starter Zone
Advertisement