How was your Day 1 WoW Classic experience? 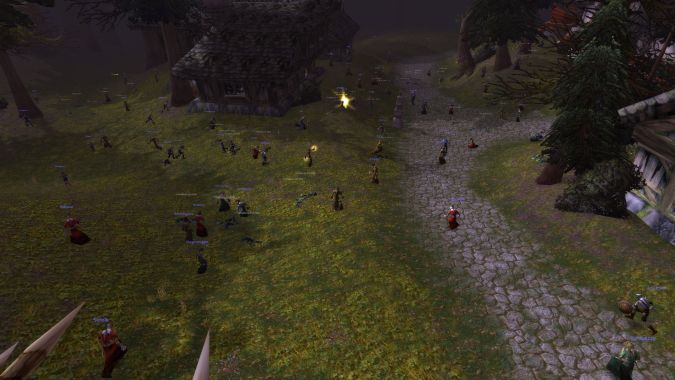 It happened. WoW Classic finally arrived. In the moments leading up to launch, the game saw over a million viewers on Twitch. It saw “#WoWClassic” as the second-highest trending hashtag in the United States. And it saw numerous new servers being added post-launch to support the massive amount of players rushing to log in. Despite the massive influx of people which led to queues taking hours and hours, the launch actually seemed to go pretty well!

Granted, there was a lot of rubber-banding in the starting areas, and actually tagging mobs was… well, it was a gamble. But the servers by and large seemed to hold up without catching on fire (at least I hope that to be the case). I hear there may have been a mass-disconnect for Alliance players at one point, but that’s what happens when you play the wrong faction.

Ahem. Right. I was asking about WoW Classic.

So anyway, my personal experience has been a good one. Players have been drive-by buffing just like the days of old, parties have been forming around congested quest areas, and the vibe in Azeroth Classic is a good one. I’m currently on… checks clock… hour 8.5 of playing and very close to hitting level 13. I’ve died a lot. I’ve spent a lot of time walking back and forth. I’ve killed more mobs than would ever make sense for a single item drop. And I’ve loved every second of it.

But maybe my experience is a unique one. I know I’d probably be a lot more sour if I’d had to wait four hours in a queue. How was yours? Did you get the name you wanted? Did you wait in a long queue? If you got in, how far did you make it leveling? Were there any memorable moments like players lining up to loot quest items one at a time? How was your Day 1 WoW Classic experience?