News arrived that Onyxia has fallen in WoW Classic. A lot of effort went into this achievement because getting into Onyxia’s Lair involves one of the most epic quest lines ever. To get into the Lair, you have to be attuned. This means there are steps you must do which allow you to enter the raid. Molten Core, Blackwing Lair, Onyxia’s Lair, and Upper Blackrock Spire have attunements. Everyone in your raid must be attuned, so get used to running the attunement process repeatedly.

The attunement for Onyxia is long and takes you all over Azeroth. The Horde and Alliance quest lines are similar but also very different. Below are the steps to completing the Alliance attunement. The next article will talk about the Horde process. You’ll find yourself in certain locations again and again and again and…

The quest begins with — quests! 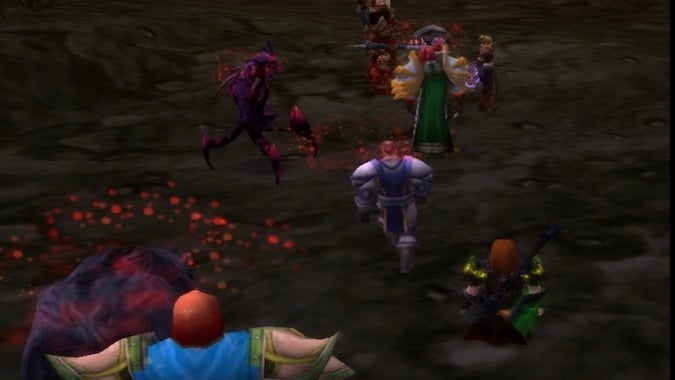 To begin, speak with Helendis Riverhorn in Morgan’s Vigil. He’s going to tell you to kill the dragonkin — most of them — in Burning Steppes. Then, he’s going to give you a letter which takes you to Redridge. From there you go to Bolvar in Stormwind.

With Bolvar on one side of Anduin and Lady Prestor on the other, Bolvar tells you to talk to Lady Prestor. I can’t tell you how many times I said to my screen, “She’s right over there! Ask her yourself!” She tells you to talk to Bolvar who makes you an official deputy. Once that is done, go back to Redridge and finally back to Morgan’s Vigil — this time to talk to Marshal Maxwell. He’s going to tell you to find Ragged John to determine what happened to Marshal Windsor.

In talking with Ragged John, you find out Marshal Windsor is being held in the cell block area of Blackrock Depths. Go into the dungeon and run into the main area straight in front of the entry. To your right is a cell area which is a sideways “U” shape. Windsor is on the outside top of the “U”. There is a lot of trash in this corridor. Remember his location because he’s going to tell you he’s lost his data and you need to go back to Stormwind to talk to Bolvar about what to do — you’ll be back, though. 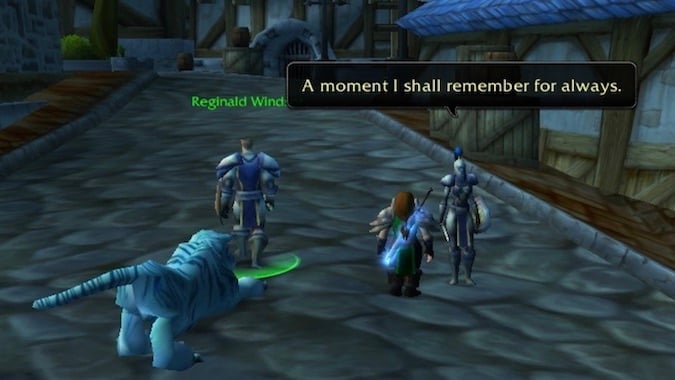 Nothing directs you to do this next step. You just had to know about it or have someone with you who knew. Go back to BRD — in the area of the mine before entering the dungeon — kill the dwarves until they drop A Crumpled Note. Take the note to Marshal Windsor. Keep in mind that dungeons reset after being out of them for an hour so unless you are exceptionally speedy, you’ll have to fight all that trash again. Windsor tells you to kill General Angerforge and Golem Lord Arglemach. Fortunately, these two bosses are close to each other.

Next up, bless your hearts, is Jail Break! This is an escort quest — the escort quest. You will be escorting Marshal Windsor through the cell block area. We found it extremely helpful to clear everything in both “U”-shaped tunnels — the area where Windsor is held as well as the tunnel directly across from the entry into the large central area — before we talked to Windsor. Fortunately, he will help attack but you can quickly get overwhelmed by patrols in both tunnels and Windsor can be killed which causes the quest to fail. Clear the tunnels, heal everyone to full, and escort him around. Once he has his armor and has released his friends, he sends you to Marshal Maxwell at Morgan’s Vigil.

Maxwell tells you to meet Windsor at the gates to Stormwind. If you are inside Stormwind looking out, there is a guy standing to the left. Talk to him. He “summons” Windsor. This begins my favorite part of the whole attunement process. You will be escorting Windsor from the gates of Stormwind to the Keep. Marcus Jonathan will muster the guards to prevent Windsor from entering the city, but Windsor talks him down. Along the route, guards will salute Windsor and exclaim, “Nerves of thorium” or “A moment I will always remember.” People enjoyed doing the escort walk with us.

Dragons in the Keep!

Upon entering the Keep, Windsor confronts Bolvar and Lady Prestor. Anduin will flee to the right and, viola — it’s Onyxia and her guard. This is one of the coolest reveals in the game. The dragonkin in the keep are skinnable, for those of you with Leatherworking. They are also elite and you can die. Announce the escort and you’ll probably have help, but as long as you stand way back Bolvar will handle it, eventually. Once this is over, Bolvar tells you to find someone capable of restoring power to The Dragon’s Eye. That someone is above the dragon cave — Mazthoril — in Winterspring, east of Everlook.

Go all the way to the back of this cave. There are elite level 61 dragons at the back. On the ground are runes. Kill the dragons, hop on the runes and you’ll be teleported to Haleh. She’s going to send you into Upper Blackrock Spire to kill General Drakkisath and get his blood. You will need a group of ten people and one key to do UBRS. See this article on how to get the key to UBRS. Take the blood back to Haleh and you’ll receive your Drakefire Amulet at long last. Congratulations.

You now have your personal key to entering Onyxia’s Lair. You must have this at least in your bags in order to enter the lair. Having it in your bank won’t work. And remember everyone must have the amulet or they can’t get in.

This is how you get into Onyxia’s Lair on the Alliance side. Next up, Horde side and why their epic quest chain was — in one way — worse than the Alliance’s.

Blizzard Watch is made possible by people like you.
Please consider supporting our Patreon!
Filed Under: Classic Raid Attunements, Onyxia’s Lair, The Alliance
Advertisement