The Queue: Did somebody say Druids? 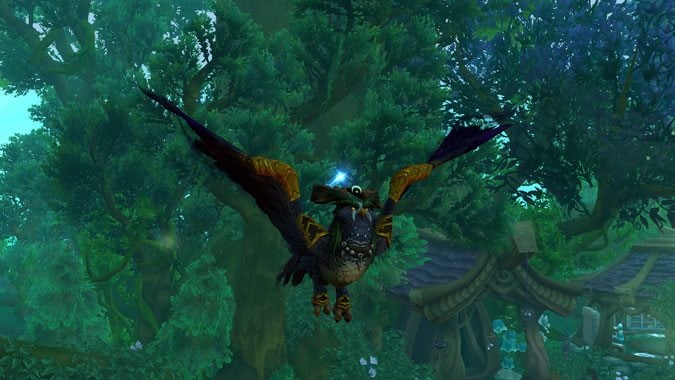 It looks like the Queue is all about Druids this week, so who am I to buck the trend? Let’s get to Queueing!

LLANFAIRPWLLGW(…) SAID A MOUTHFUL AND GOT A NAME NERF

Q4tQ: What’s your favourite Expansion Leak (regardless of whether or not it became a real thing)? 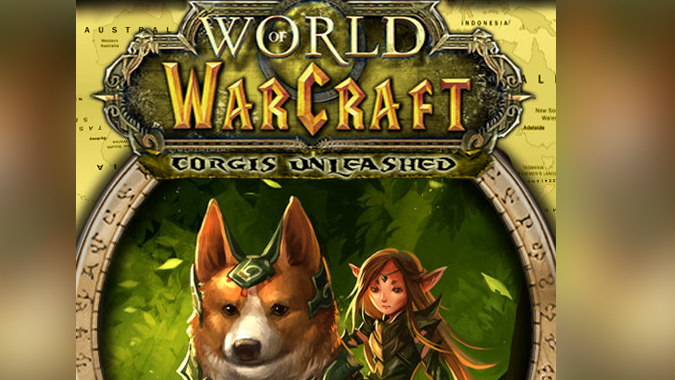 I cannot believe I’m the first person to mention this one. Though, Warlords of Draenor “leaking” early because of DirecTV’s filler dev interviews on the BlizzCon Virtual Ticket was pretty choice too.

SPENCER MORGAN BEGGED ME TO CONTINUE THE THEME

Q4tQ: since druids keep coming up in the header images. Why can’t player druids unlock an option to assume the form of <racial mount=””> as their travel form, and allow friends to ride on top?

It’s so obvious, and every expansion introduces new animal models anyway. I’m sure scribes would enjoy being able to make something that would actually sell.

I actually love this. They’d have to be different tints so people aren’t trying to mount up on some rando trying to mind their business in Orgrimmar, but sure.

I’ve thought for a long time there should be more options and avenues for group mounts. They’re both incredibly convenient and would also be hilarious from a Druid’s perspective, because if they’re flying around they’d only need a GCD to resume a flying form, while their passengers wouldn’t be so lucky.

…I think I just figured out why we’re not allowed to have this one nice thing.

Q4tQ: Do you think the Elite Tauren Chieftains will play BlizzCon?

If there’s only one closing act, probably not. However, that tri-stage concert thing they had going on last time really opens up some options for… let’s say less-marquee acts to join the party. I could definitely see them having one stage devoted to the original Tauren Chieftains, but that also assumes they’re still playing. Ten years is an awful long time to get rusty, especially if you need to build up those finger calluses again, and I have no idea whether they’d even be interested in getting the band back together.

Q4tQ: How… I guess comfortable are you with “a case of the sads” in your escapism?

The burning of Teldrassil was the thing that made my circle of friends disconnect from BFA. The story became background noise to a game that we’re kind of… robot’ing our way through waiting for the next expansion. The reason this is so is that a nucleus of our community was utterly depressed by the burning (long story short: Important memories, important weddings, not willing to accept “but we can go back with Zidormi”), she couldn’t escape into her characters any more because she did not find entering the depressed mind of her main even remotely entertaining. She basically checked out of the game. Being close to this person, a lot of us over here empathize and even adopt some of her perspectives and it’s colored my own view of the game to come to… “demand” (big air quotes there) that Blizzard make it right or not go to that well too often because it’s somehow wrong to me in that headspace.

How likely are you to just immerse less in something like this, be it a game, a book or a show or a movie, if you know that “this is going to use depressing story beats?” Apparently there’s a site you can go to to tell “if the dog dies” in a movie. This is something some people need to know. How commonplace is this mindset to you in your gaming, in your entertainment? I’m curious. It’s all encompassing in my bubble, but my bubble isn’t your bubble.

I generally love a good twisty narrative, sad or not — I’m dying to play What Remains of Edith Finch again, and SOMA is still living rent-free inside my head almost a year since I played it initially.

I do feel like WoW is a particularly odd case. Characters like Edith, Ellie from Last of Us, Link, or Cloud Strife have personal motivations and goals, and their own stories to tell. This is a great way to build empathy and investment in the story being told before the story even strictly begins. It’s like method acting — you’re not trying to figure out how the character is feeling; you are the character. However, in most games you’re the vehicle for telling a story which has already been written (or, mostly written in the case of multi-ending games).

In WoW, the opening narratives are all about forging your own destiny… and then you’re sent on your merry way to do just that. It’s method acting empathy on steroids. Even though I’m not into RP in the least, I can say with certainty that my Hunter would go on a murder spree if anything serious happened to her favorite pet Rutherford Bear Hayes, for instance. You’re not just the character, you’re also the one writing most of that character’s narrative as you go — and you’ve done so for years.

The irony is, the Warcraft universe has done darker stories than the burning of Teldrassil in the past. Imagine being a random person who forgot to eat your morning porridge on the morning Stratholme was razed. Your family and friends would become abominations before your eyes and there’s nothing you can do to help them — you may not even know why any of this is happening — and even the ones who haven’t were unceremoniously murdered before the whole mess was set ablaze by your golden crown prince. An intentional culling of innocents. The difference is, we’ve always played alongside Arthas doing what we know must be done with dramatic irony, not bewildered heroes and proto-heroes trying to get whatever uncorrupted citizens they could out alive. That perspective matters in constructing a narrative.

WoW forced people to live out the scenario from Stratholme’s losing side in Teldrassil, and the narrative team decided to make darn sure we knew it was hopeless with that 0/1000 counter. When he took the terrible step of murdering the innocents of Stratholme because he wasn’t sure what else to do, Arthas was abandoned — by love in Jaina, and his country and his calling to the Light in Uther — to show just how horrific his actions were. Sylvanas was not. Even though a couple NPCs objected to setting the tree ablaze, they stood by her in the end — we stood by her, even though there are quests where we can begin to defy her now. Both decisions stripped agency we’d held for decades from our characters.

I do feel like everyone has their personal emotional kryptonite of course — I couldn’t have handled the opening ten minutes or so of Fallout 4 immediately after it came out, for instance, because I had an infant and a touch of post-partum depression at the time. For most other people, that was barely a blip. That’s part of why sites like doesthedogdie.com exist — animals being hurt is a very common emotional hot button, and being prepared for it, or even electing to opt out, helps the experience. But I feel like those hot buttons are totally different from emotional investment in a story. You really can’t prepare for that. I’m looking at you, Slime Rancher. Yes, really.