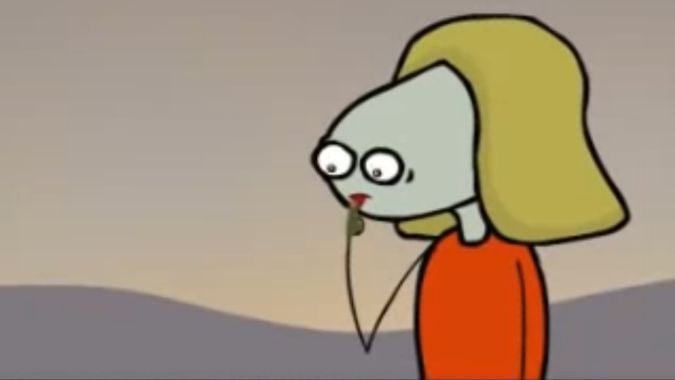 THE AUTUMNAL CHORD (@CROWBARD2) ASKS ABOUT CHANGING WHAT CANNOT BE CHANGED:

How would you make Shadow Priests viable in classic pve?

Well, the simple answer here is that I wouldn’t. Classic is Classic, and nothing should ever be changed or updated just because it doesn’t work well with current-day expectations. I’m very staunchly a purist when it comes to Classic. Nothing changes.

Now, if you’re wondering what I would have done many years ago when vanilla WoW was still the only form of the game we had? I think the Burning Crusade “mana battery” model was incredibly successful in making Shadow desirable in PVE content. “Viable” is up for debate — BC was when the “hybrid tax” discussion was in full swing — but it definitely made Shadow Priests necessary as part of a raid. That said, it didn’t mean you saw as many Shadow Priests as Mages or Warlocks. You maybe saw 2 per raid in BC (which would likely mean 3-4 per raid in vanilla since raid size changed).

So if I were to go back and make Shadow viable and roughly equal to other casters way back when? Add the “mana battery” component, but also give them some more raid-reliable CC. From there, either up their damage to closer match Mages and Warlocks or give them further utility that the raid couldn’t do without. If you give Shadow a group-wide damage buff, you’d suddenly be in a world where all groups would want them. Note, I mean group-group, not raid-group. This would give the raid room to have a tank group or something that could get by without a Shadow Priest so you’re not SOL if you only have 6 Shadow Priests.

DREW MILLER (@DREWMILLER_CTR) OPENS A CAN OF WORMS:

What makes the supposed leak unbelievable to you?

All right, for starters, I’m not going to link here. I hate giving “leaks” attention. If you’re curious what Drew is referring to, it’s out there. It involves the Shadowlands, a “leaked” map, and a supposed screenshot of Stormwind Harbor, as seen from within the Shadowlands. Why do I hate this?

For starters, “leaks” — and if I stop using air quotes from now on because they’re annoying to type, please imagine them there — in general are pretty much just fanfic crossed with extrapolation. They all take a fairly formulaic approach: Toss in a reasonable throughline that ties to existing plot threads, utilize a number of desired features (e.g., Tinkerers), and then add one or two big “omg what?!” moments. They sound reasonable because they’re logical extensions of the story we’re getting. They sound desirable because they’re giving us things we want. They sound plausible because Blizzard does occasionally do some big, crazy swing for the fences. But they’re never 100% accurate. Heck, they’re rarely 50% accurate. I realize that things change in development, but if you write out a leak like the one(s) going around and get less than 90% of it correct, you didn’t leak anything. You got lucky guessing.

As for the “screenshot” of Stormwind Harbor… the water doesn’t even look like the in-game water we have, the Forsaken logos aren’t correct on the ships, the souls/ghosts don’t look like they actually have a placement in the world, and the whole thing looks like it came from the Heroes of the Storm engine. Could it be real? Maybe. Maybe it’s a WIP image Blizz decided to use as a demonstration of an idea. But it’s not a screenshot from WoW, that’s for sure.

I don’t trust leaks. I don’t trust people claiming to have official, inside knowledge or shoddy cell phone images of anything real. Theorize all you want. Discuss what could/should happen to the game. Go wild with your imagination! But don’t advertise it as a leak just because you want internet points. It’s dumb, and I hate you for doing it.

WOLFDREAMS 🌙✨ (@WOLFDREAM62) FOLLOWS THIS UP:

Q4tQ: Do you think the reason so many of these ”leaks” try to explain what’s happening in BFA (apart from fun) is because BFA has just been so bizarrely unsatisfying in terms of presentation to the point of some character(s) seeming almost completely explainable?

Ehh… maybe some of them, sure. But honestly? This happens like clockwork in the months before an expected announcement at BlizzCon. It’s not unique to BFA. I think the “leaks” centering on specific characters could relate to what you said, but the existence of so many leaks overall is entirely due to our proximity to BlizzCon. And I’m sure we’ll see more of them crop up as we get closer. Again, it happens like clockwork.

Do you think WoW would benefit from copying quest designs like the MSQ and job quest lines that FFXIV uses?

For the unfamiliar, FFXIV has a “Main Story Quest” (MSQ) system which is essentially the game’s main story, and it helps unlock raids/dungeons/zones. Unless you purchase a boost with real-life gold, you HAVE to go through this storyline to see the latest content. Jobs, meanwhile, are the equivalent of classes. Jobs have their own quests, and these quests help you learn new abilities, discover more about your class, and so forth.

What I’ll say about the MSQ is that I really like it from a story perspective, because it provides an ongoing narrative that helps you really get to know the characters and the world. Finishing the MSQ — because it’s quite long — feels very important. In a lot of ways, it’s a suped-up version of the War Campaign. I don’t think WoW should copy it to such a high degree, though, because I really don’t like being MSQ locked. I would like to see the War Campaign (or whatever the equivalent is for an expansion) have more weight and substance to it, both within the X.0 patch and the subsequent patches. Right now, it feels like we don’t always get enough story in content patches.

As for jobs, 100% yes, I would like more of these. They’ve existed in various forms in WoW before, but they’ve fallen off over time. I think they add depth to your class/spec, and they’re a good way to introduce you to some mechanics you may not have been aware of before. I’m not sure how to implement them perfectly, given how much WoW can change from expansion to expansion, but I absolutely would love to see them be a regularly occurring feature.

What is your favorite cinematic ”shot” that Blizzard has done?

Man, this is tough. There are soooo many good ones in the pre-rendered cinematic for Wrath of the Lich King. When Arthas extends Frostmourne and it feels like time freezes for a second. When the eyes light up in the Scourge beneath him. Yogg, everything about the cinematic is glorious. Similarly, I never don’t get chills when I watch the patch 3.3 trailer and hit the moment where Arthas is reaching for Frostmourne, all the souls swirling around him as the music builds.

Since those are the first that come to mind, I’ll give them the award for favorites, depending on cinematic type you meant. Also notable: The shot of Garrosh walking away in the patch 5.4 trailer, Bastion walking across the open field in its short, Heart of the Swarm’s massive Zerg-invasion shot… I could go on, to be honest. I really love all of Blizzard’s cinematics, and I’m starting to realize almost all of them have fantastic shots/moments that stick with you.

Which is your favourite set of m+ affixes? Least favourite? And favourite Druid tank?

I hate Tyrannical with a passion, and I’d say Sanguine (of the level 4’s) can be really dang annoying if you don’t have a way to displace mobs easily. For the level-7 affixes, Explosive is one of the worst to deal with (for DPS), but I haaaaaate Quaking because of how it interrupts eating and can happen out of combat. Overall, I think Tyrannical/Teeming/Explosive is the worst combo, though. At least from my perspective.

I’ll let you know when I find a Druid tank good enough to call a favo(u)rite.

PIDIA WANTS TO KNOW ABOUT UNDERWEAR BECAUSE OF COURSE:

Someone suggested I ask Mitch my question too.
Q4TQ: All the new model upgrades came with fancy new underwear. So far the goblin and worgen models don’t have new undies, what’s up with that?

Most obvious answer? The models aren’t done. They’ll get their clean undies in due time. Then again, maybe since they’re “newer” (i.e., Cataclysm-era), they meet Blizzard’s current underwear standards, whatever those may be. Or, as I said in the comments, Blizzard just hates them. Dirty undies for you, dirty Goblins and Worgen!

Q4tq: assuming it is made illegal, what should be the penalty for gnome punting? Please note I’m a patreon and expect a well thought out answer where u show ur work

Why would we ever make that illegal? The only time “illegal,”punt,” and “Gnomes” should be in the same sentence is when we decree that it’s illegal to punt fewer than 100 Gnomes per year. Please, do the world a favor and punt all Gnomes you find. It’ll feel good.

…And the Queue times ended.

Today’s header image via screen cap of this YouTube video.