The Queue: I am become Matt, the destroyer of Queues 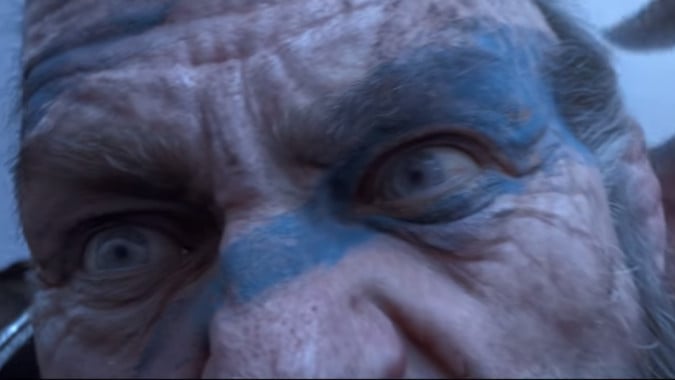 We will now commence.

Do you think Classic Servers will be Classic forever? If they do Burning Crusade will they open new servers just for that? Is Classic plus a thing people really want?

I have zero idea what people want. I didn’t even want WoW Classic. Clearly, other people did, even if they do cheat at it, which baffles me.

But there are lots of people who wanted this, and aren’t cheating, so it’s clear that I do not have my finger on the pulse of what people want.

Q4tQ: How did this game ever made success?!?!

When World of Warcraft came out in 2004, it was by far the most casual friendly, soloing friendly MMO that had ever existed. It was by far the easiest to grasp, and there were a variety of systems in place to make it more approachable. From dungeons to raids, compared to its predecessors, WoW was simply much less difficult.

Sure, leveling could be a grind fest, especially compared to the game as it is now. But compared to games like EverQuest? The simple and bare fact is, this game was made popular not by the hard core, I want everything as hard as possible crowd. The huge surge of players was, by and large, people who just wanted to run around and experience Blizzard’s Warcraft setting, explore the world, and play on their own terms and at their own pace. From the beginning, WoW grew because of those casual players who wanted a relatively easier game, or at least a less time consuming one.

The great irony of WoW Classic as a success today is that, mechanically speaking, it’s far simpler and much easier than the live game. It takes longer, and it’s far grindier, but the fact is, WoW Classic is not a hard game. It just lacks things that the current game has. The idea that WoW Classic is somehow harder is based entirely on perception, not reality. But it doesn’t have things like heirlooms, or dungeon finder, or easy quest markers, or any of the other things that let you shave time off. And that’s fine — but it’s funny to me to see how perceptions change, and the supposed easymode MMO is now held up as so much harder.

I mean, I played City of Heroes at the same time as WoW, and let me tell you, CoH was so much harder. And I loved that game, but I ended up playing WoW a lot more, because I could level in it by myself.

KIOTAY INTRIGUED ME WITH THIS QUESTION

QftQ: What is one game you have always wanted to play but seemed too daunting to start?

For me it’s the online Grand Theft Auto and Hitman games… I love these as single player games were I can plan out my strategy and revert to earlier save points… not keen on losing that safety net.

Stardew Valley is completely jacked and nuts, y’all. I watch my wife play this game, she’s built some kind of lunatic commune where she has robots farming for her or something, I think she’s got like 88 million gold and goes underground to fight giant blobs, and if she doesn’t get done in time she falls asleep and loses all her stuff or I don’t even know. She has a magic mining pick, I think. Look, I don’t get why they have chain stores and use gold as their currency the game scares the crap out of me.

MOVEWOW WANTS TO TALK HOW TO SET UP THE NEXT EXPANSION

Q4tQ: From a lot of the talk on the street, it seems like BfA was done almost completely to setup the next expansion. It that’s true, what other ways could Blizzard have achieved that without creating an all out war between the Horde and the Alliance? For me it doesn’t matter what glorious reason Blizzard had for doing this. In the end Blizzard has destroyed the fandom of being Horde or Alliance and taken it into a dark serious place I can’t see it coming back from.

First off, a lot of talk on the street is just people on the forums doing a great impression of the seagulls from Finding Nemo, and I don’t believe that BFA was created purely to set up the next expansion. There’s too much quality work in zones like Drustvar, Stormsong, and Nazmir for me to believe that.

I mean, I have some serious problems with how this expansion started. I honestly feel like I’d have been upset by the burning of Teldrassil no matter what, but if they’d have the Alliance attack Lordaeron first, I’d feel less bad. If that makes sense. I probably still would have preferred they not have the Horde burn a whole lot of innocent civilians to death.

But since I don’t know what the next expansion is even going to be, I don’t know how Blizzard could set it up without doing Battle for Azeroth.

I missed about 3 months of wow due to a traumatic brain injury. Now that I’m able to play I was wondering if I just focus on the mechagnome area since it’s easier for me will I be missing out on a lot by skipping Najatar?

I tend to agree with the consensus here — do Nazjatar until you unlock the various Essences and do the bodyguard quests because if you’re going to want flying, you’re going to have to do both zones eventually. But once you get the stuff you need from Nazjatar, go ahead and do Mechagon to your heart’s content.

And I’m happy you’re feeling better. Good luck on the rest of your recover.

Okay, that’s the Queue for this Wednesday. Liz is back next week, and I’ll be here again Friday.

Blizzard Watch is made possible by people like you.
Please consider supporting our Patreon!
Filed Under: Extreme Closeup
Advertisement